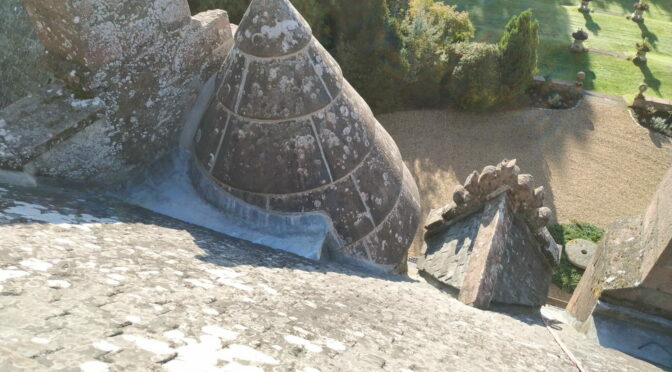 There was a small sandstone turret to be raked out and pointed with hydraulic lime mortar. The picture below shows it fully raked out. 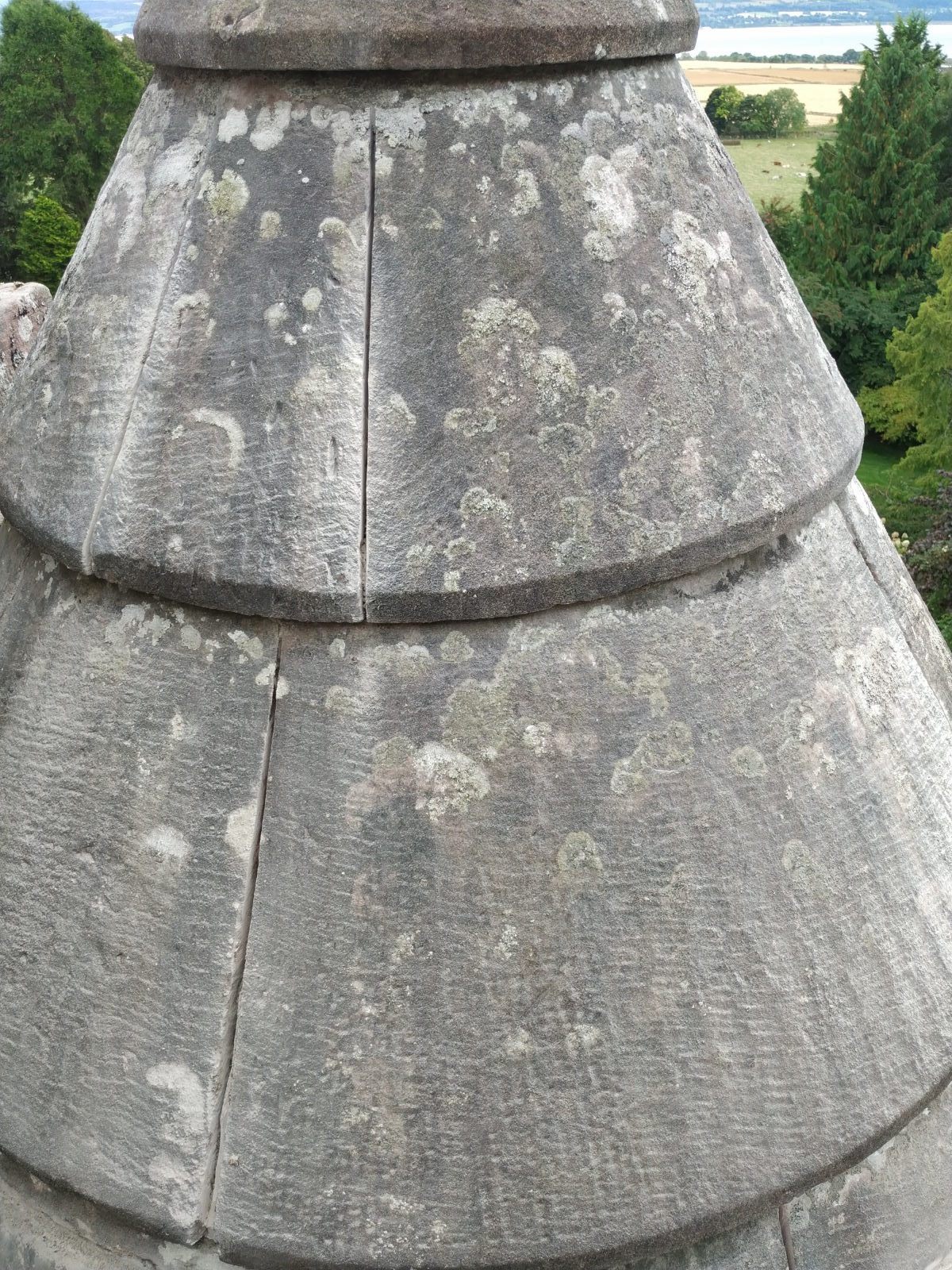 This one shows it fully pointed. 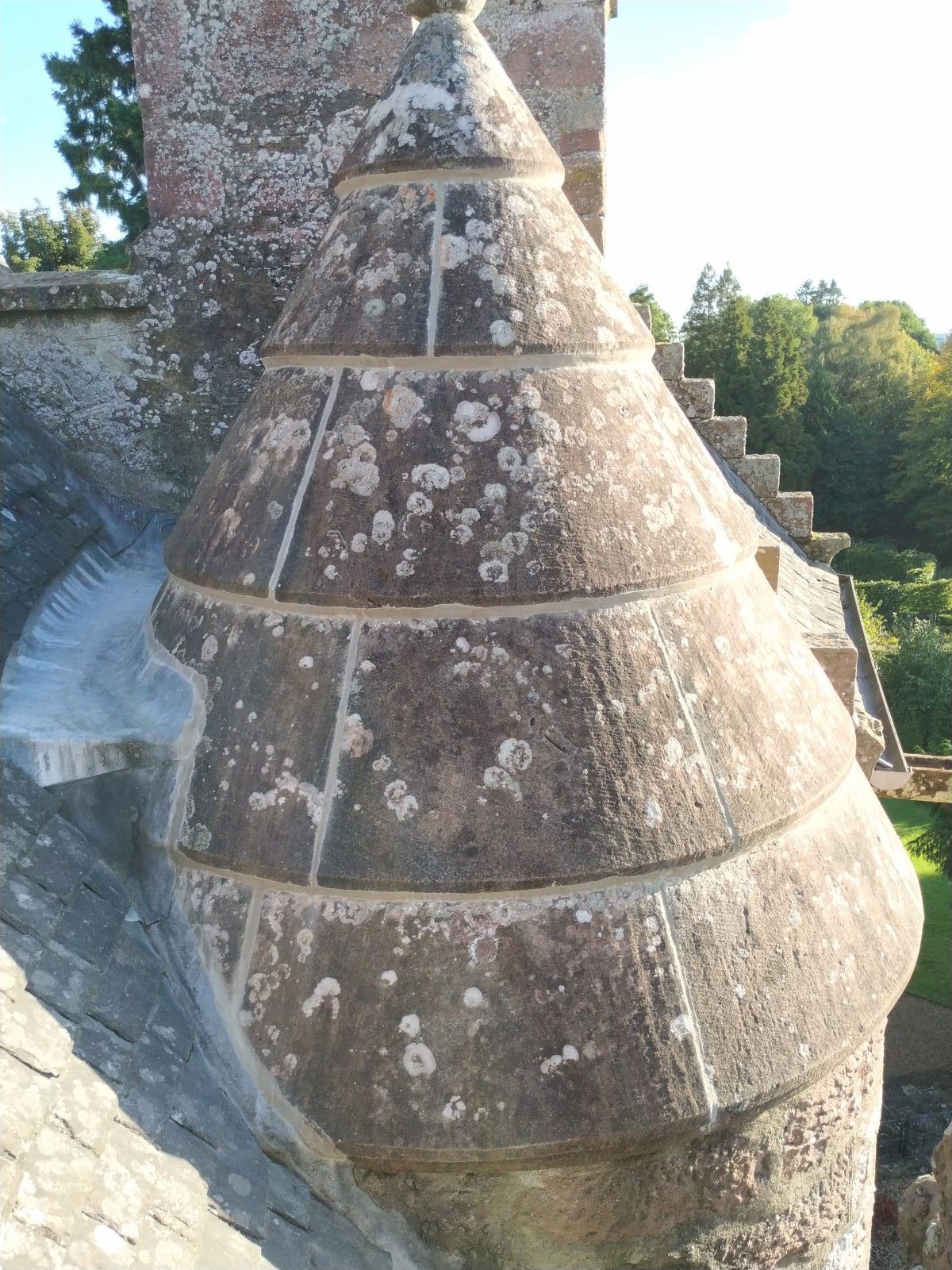 Pointing was also needed to the adjacent small set of crow steps and the mortar skew between them and the turret. 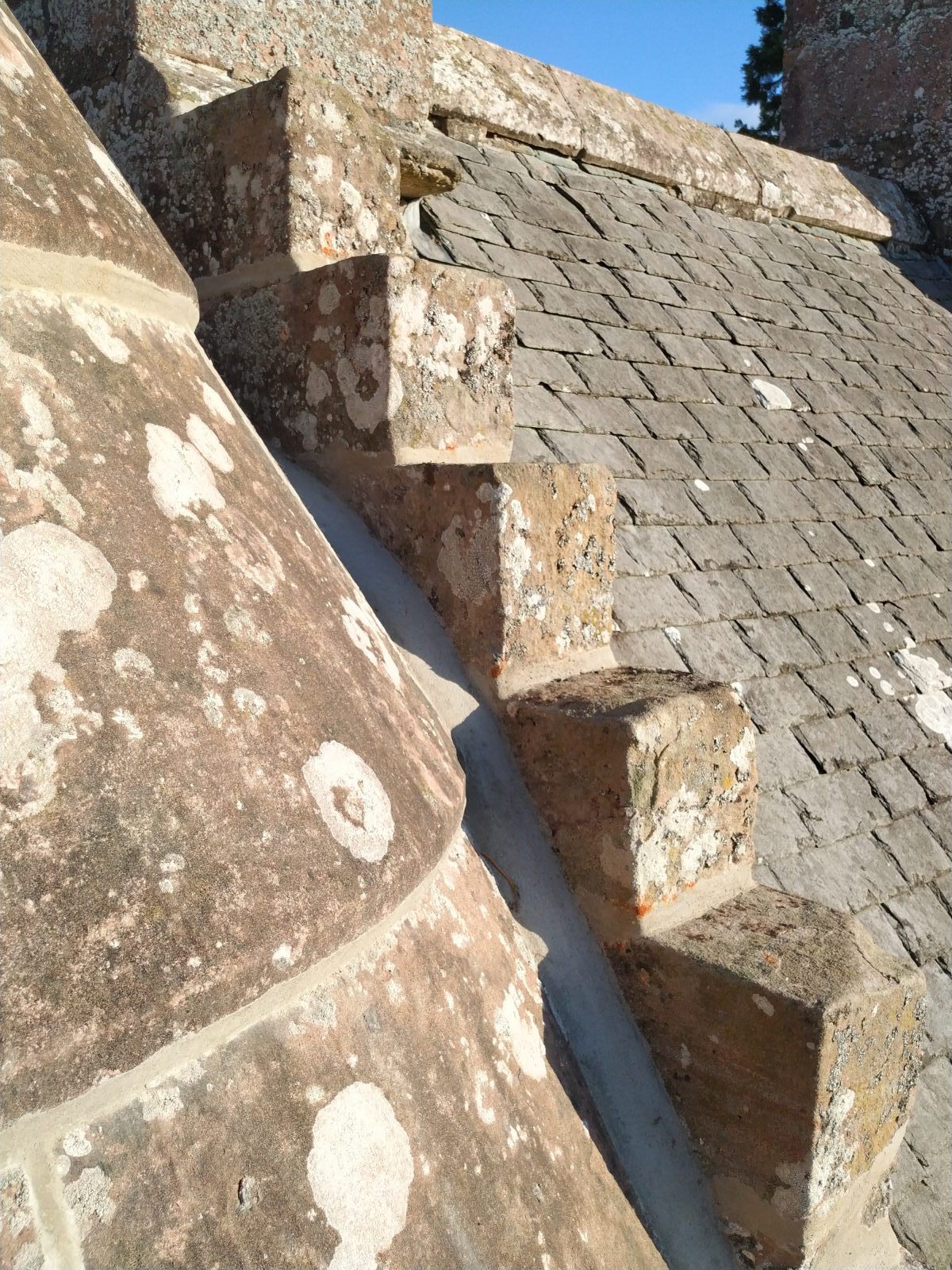 A view up from the base of the turret. 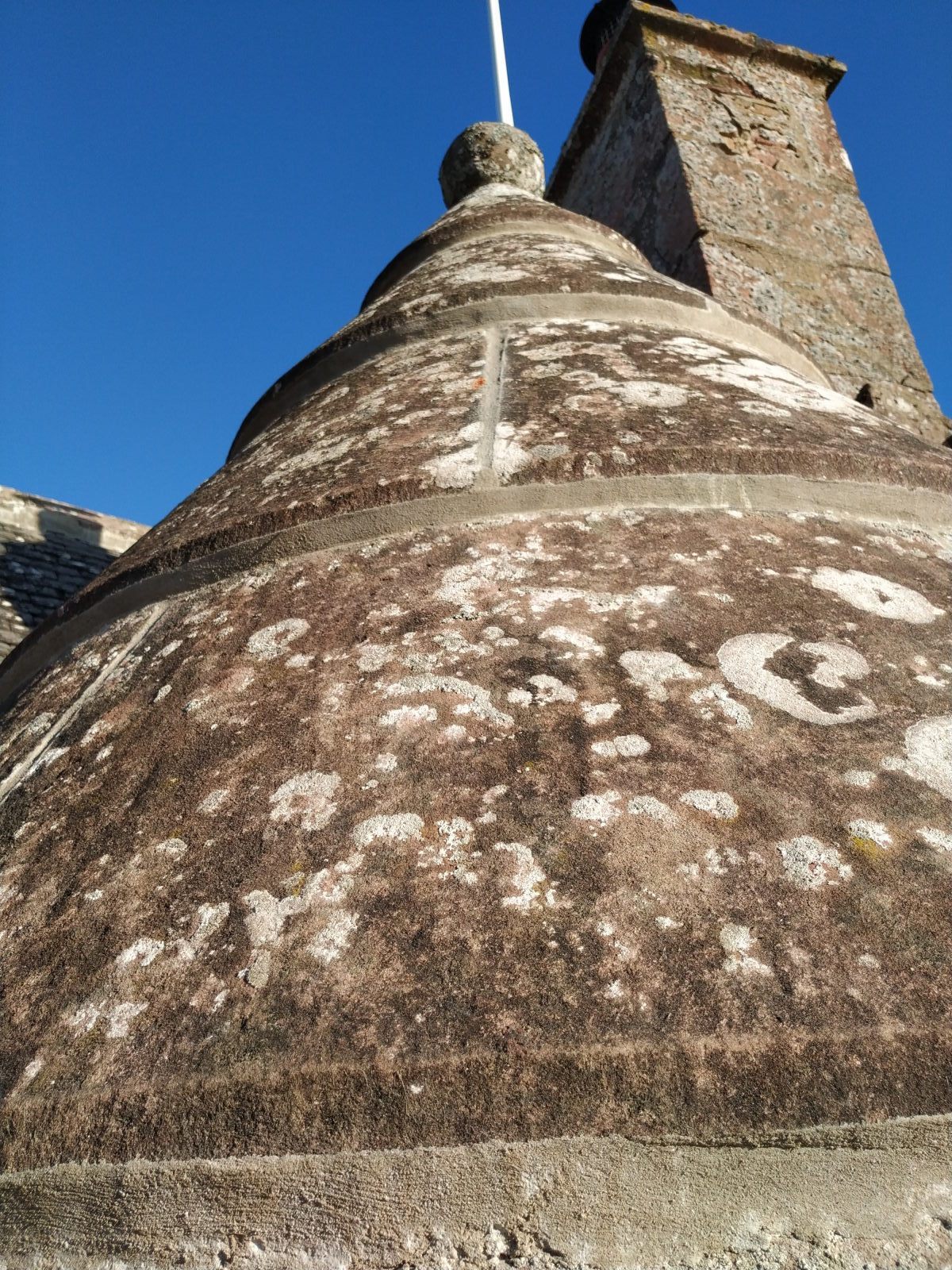 Looking down on the turret, crow steps, and skew. 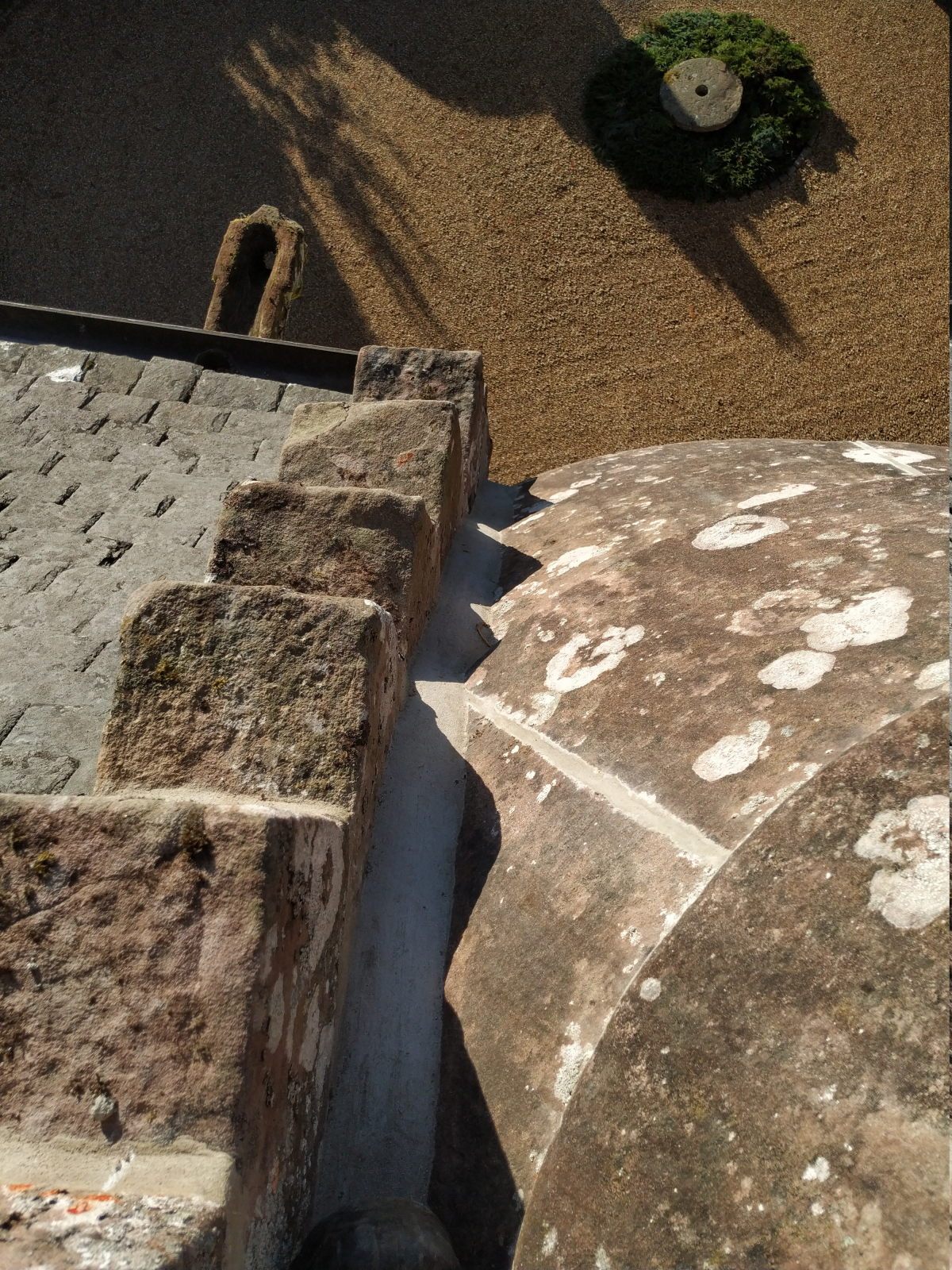 All of the new lime work was wrapped in hessian sheeting and left covered for seven days. 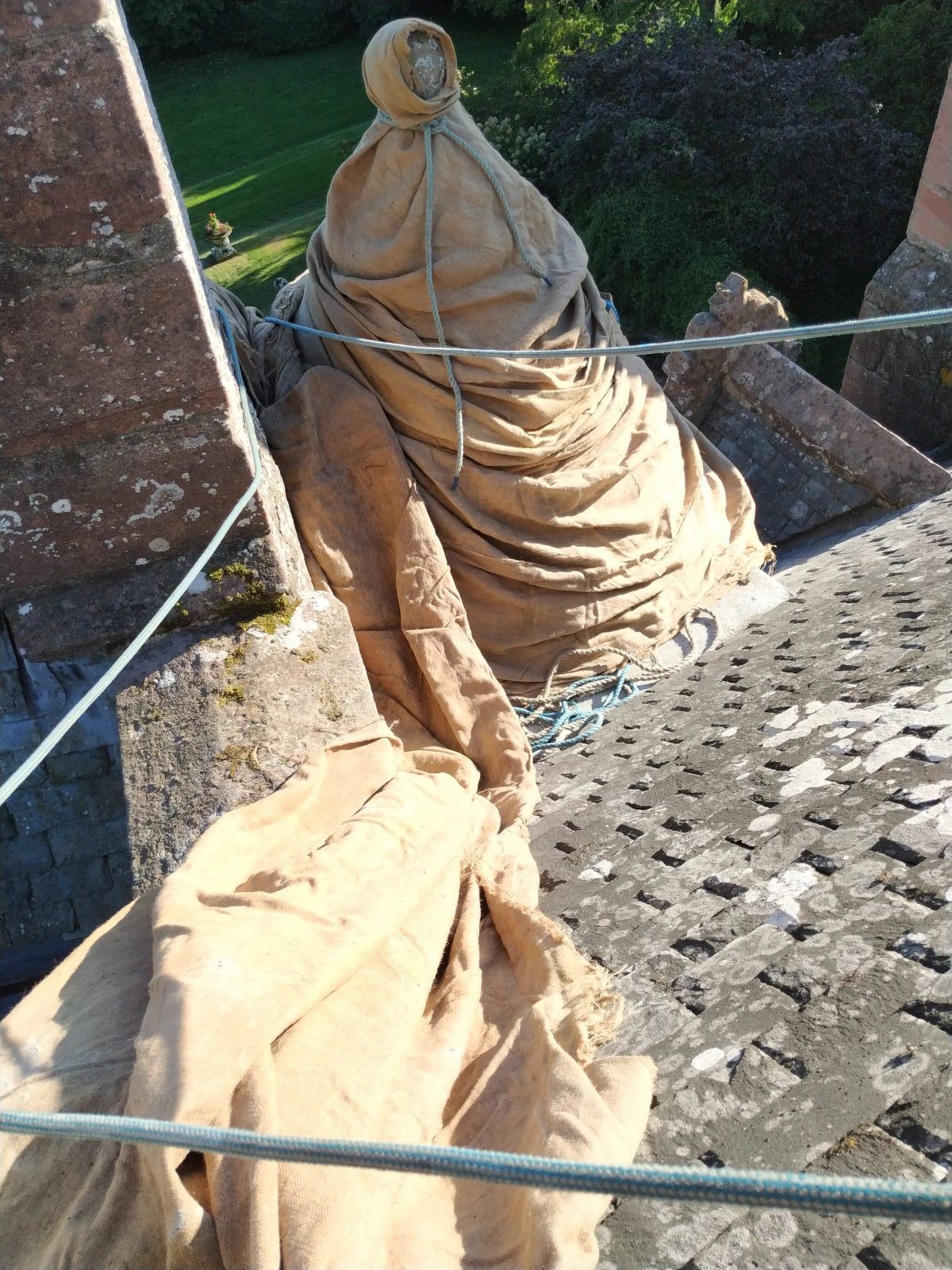 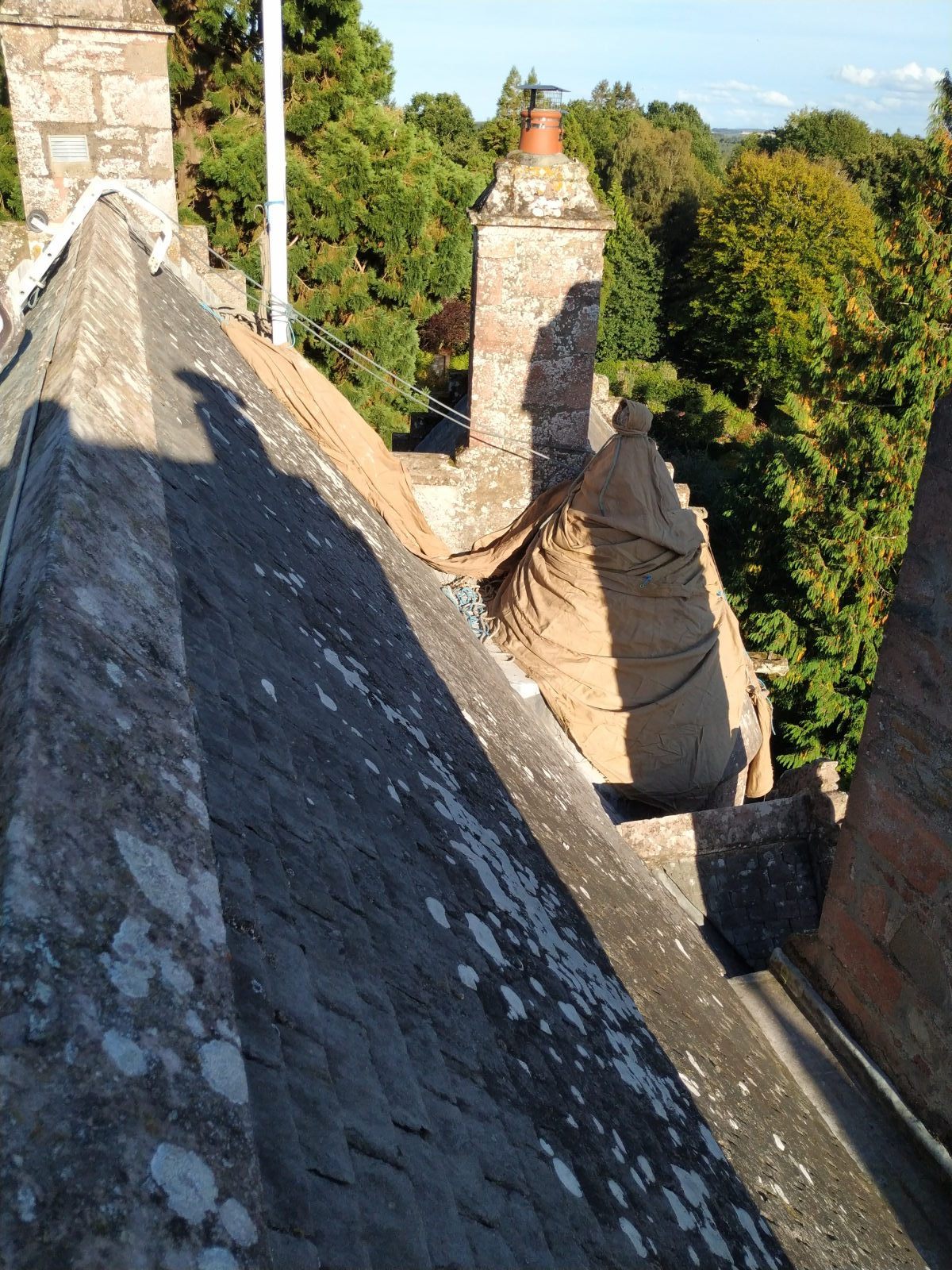 A much larger set of crow steps that was also raked out and lime pointed. The following two pictures were taken after pointing had been completed. 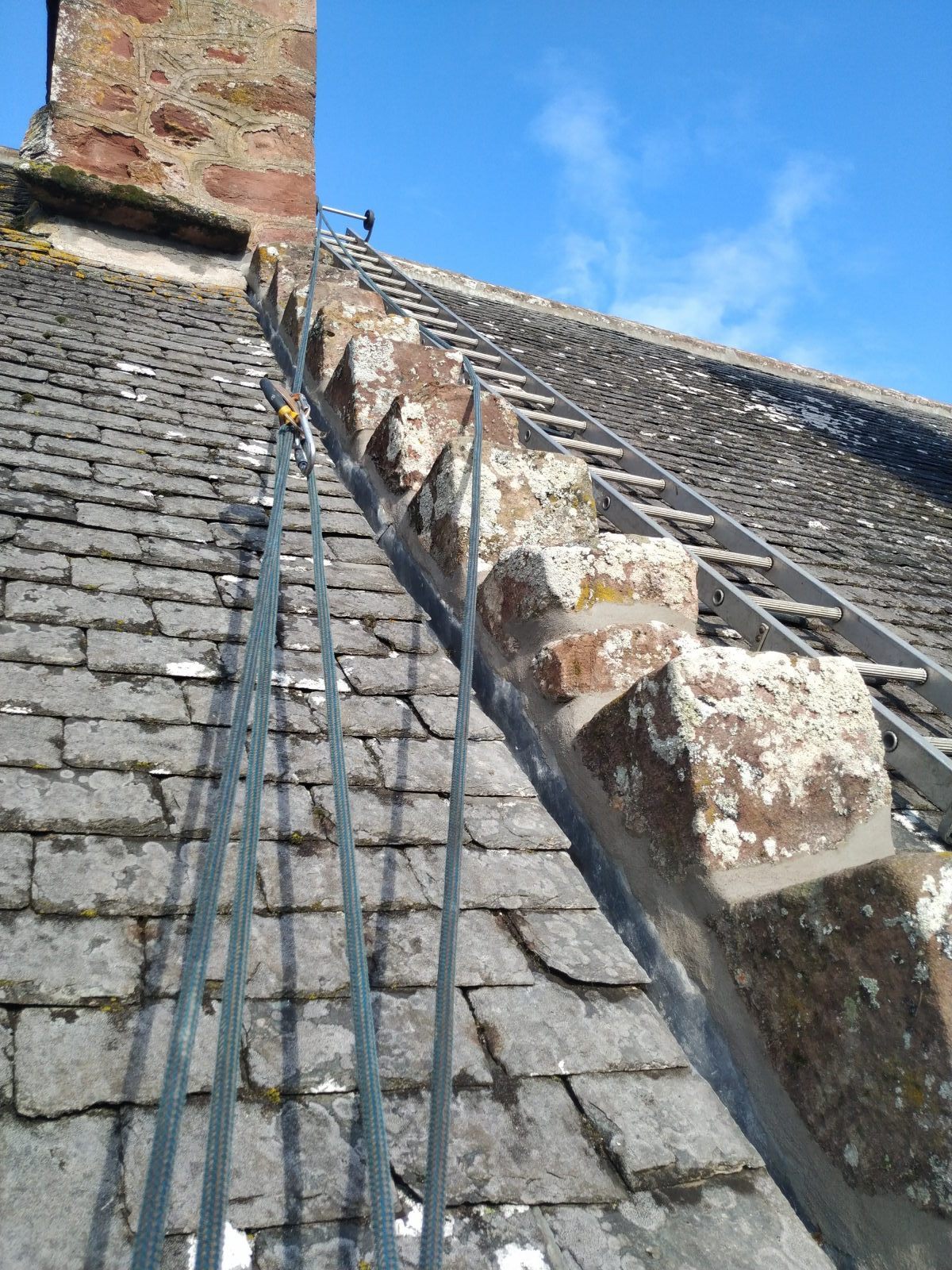 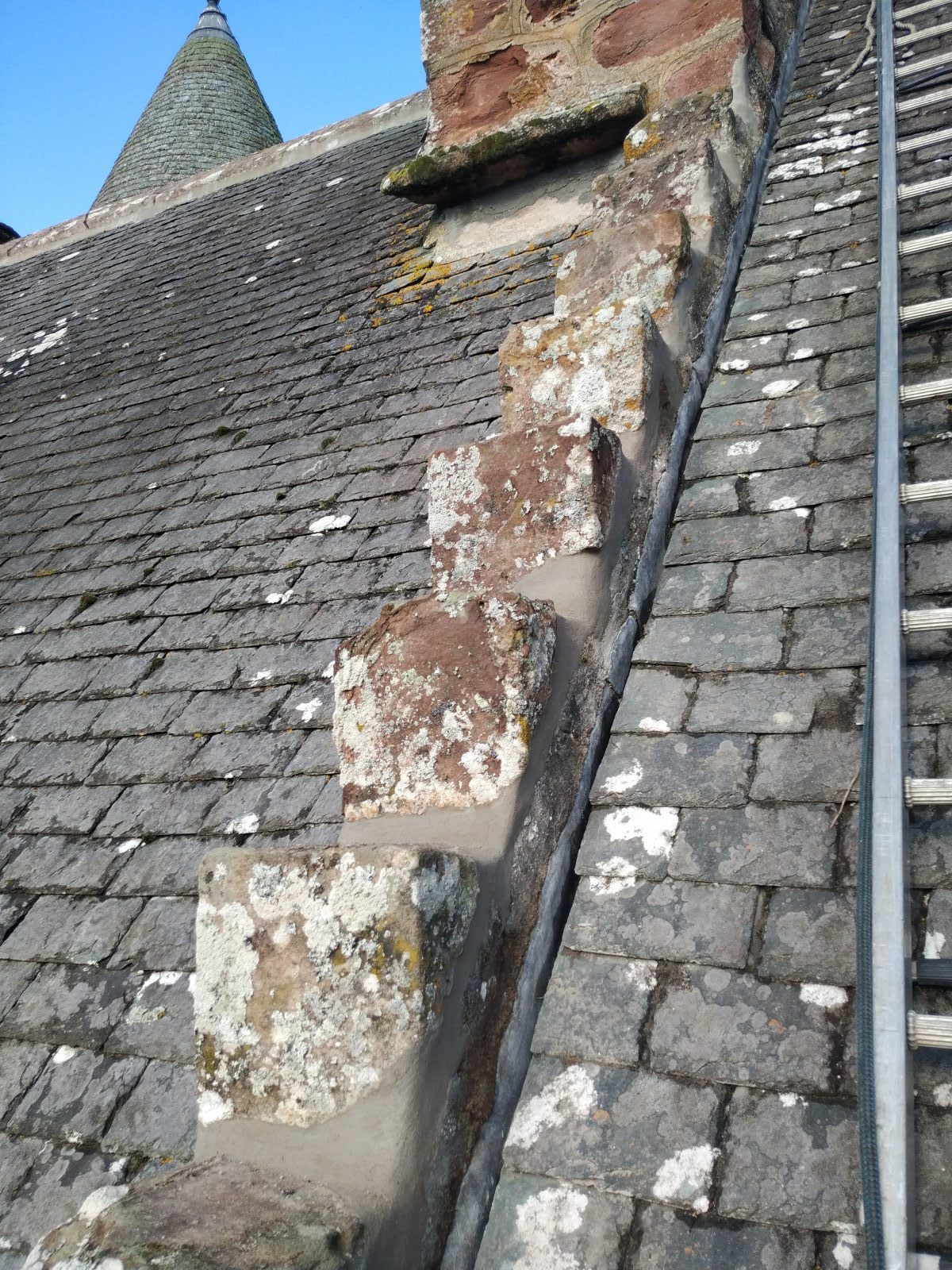 Here also the lime was protected by hessian for seven days. 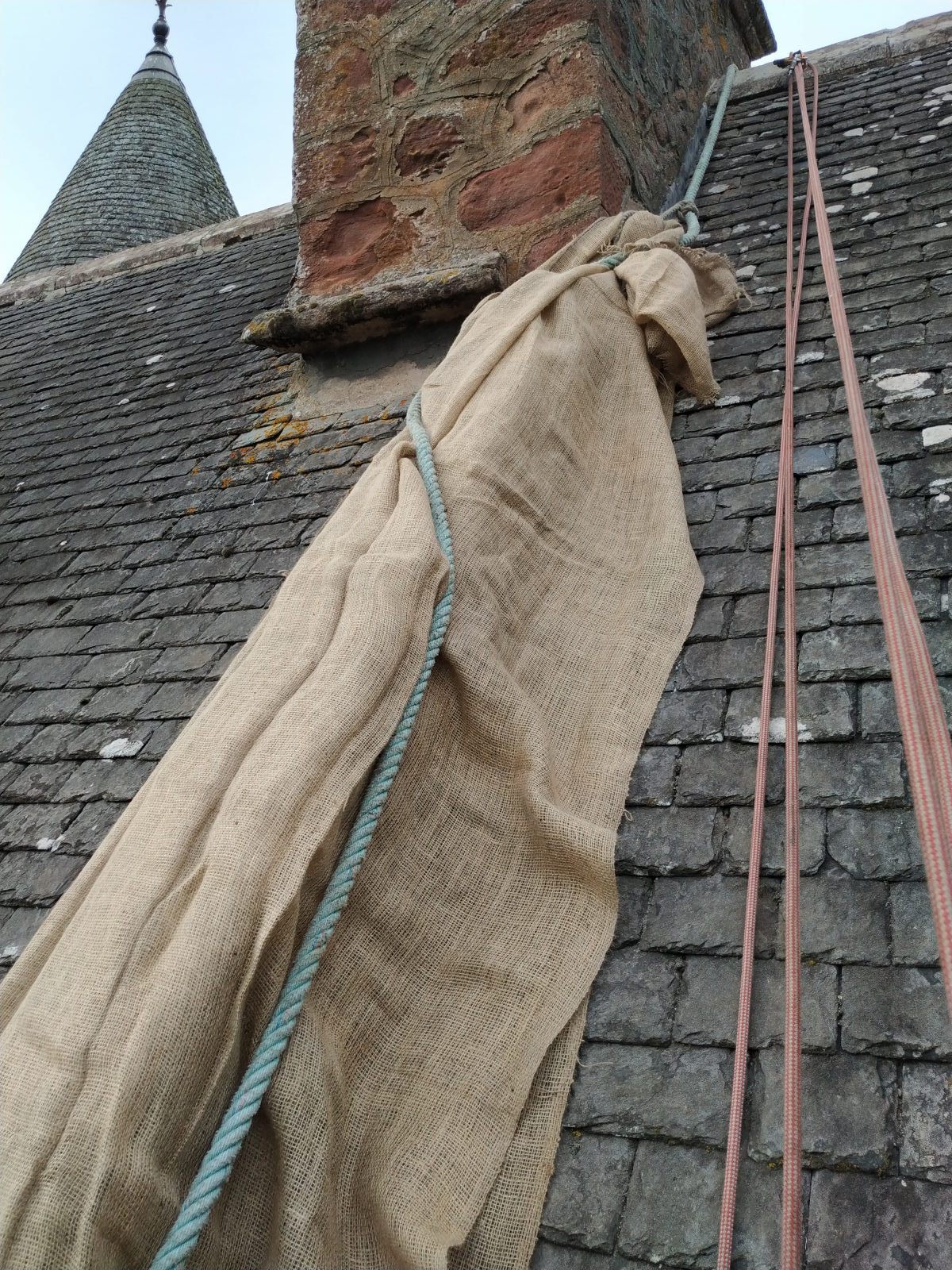 In one corner of the roof a long term leak had completely rotted the sarking boards and the joist below them. These obviously had to be replaced. 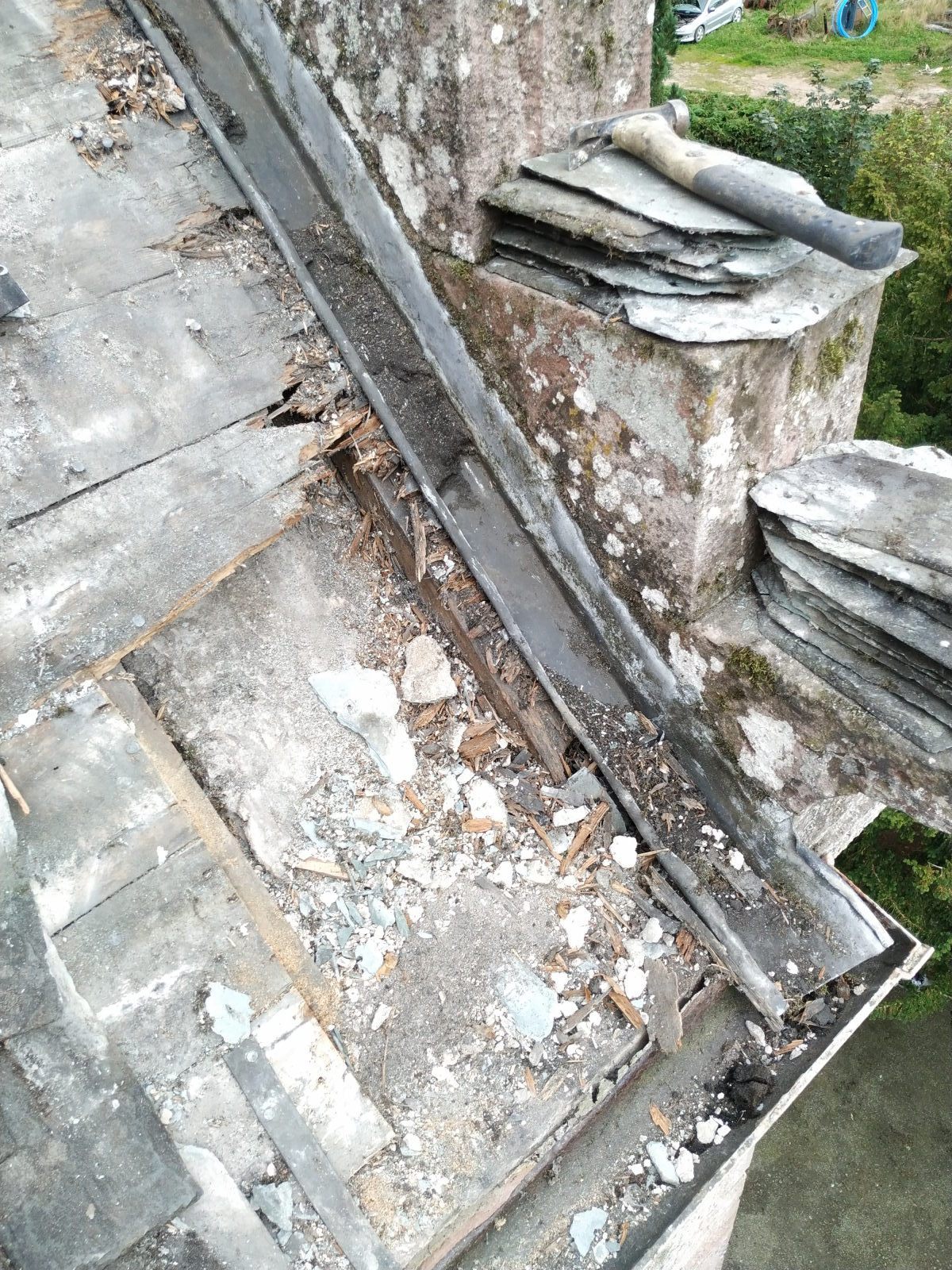 This was taken after all rotten timbers had been removed and a replacement joist had been spliced in. 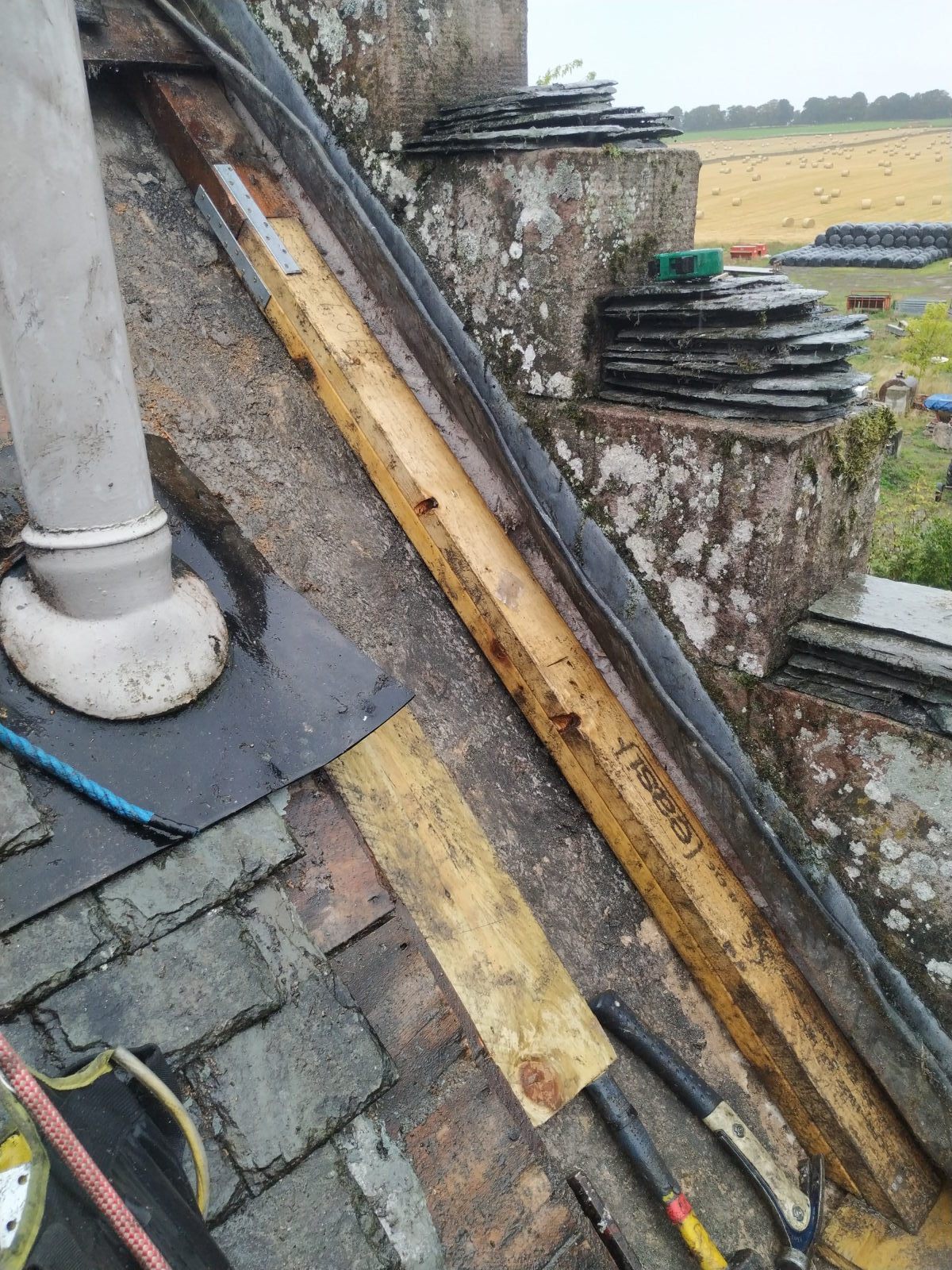 Getting the sarking boards on. 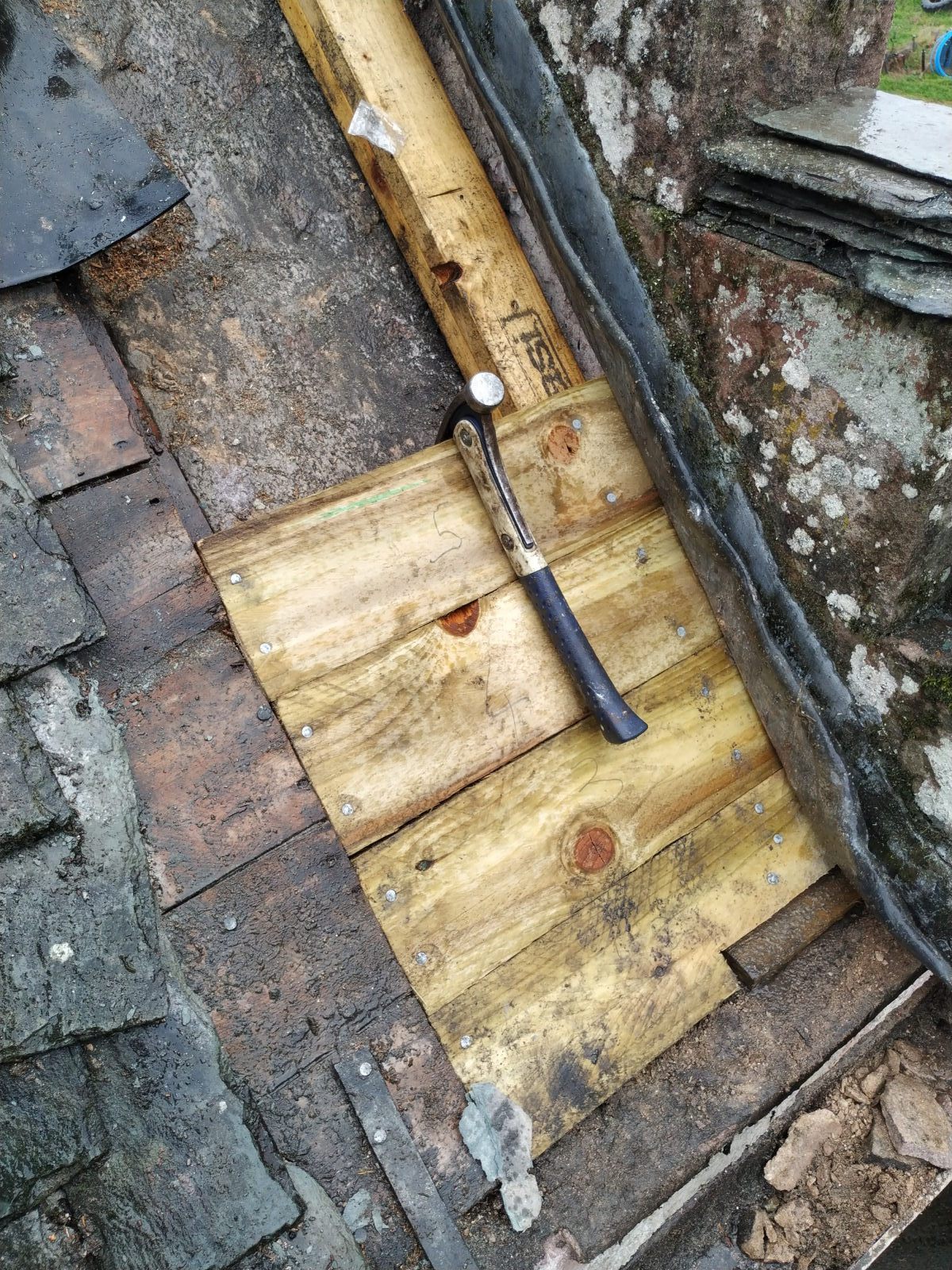 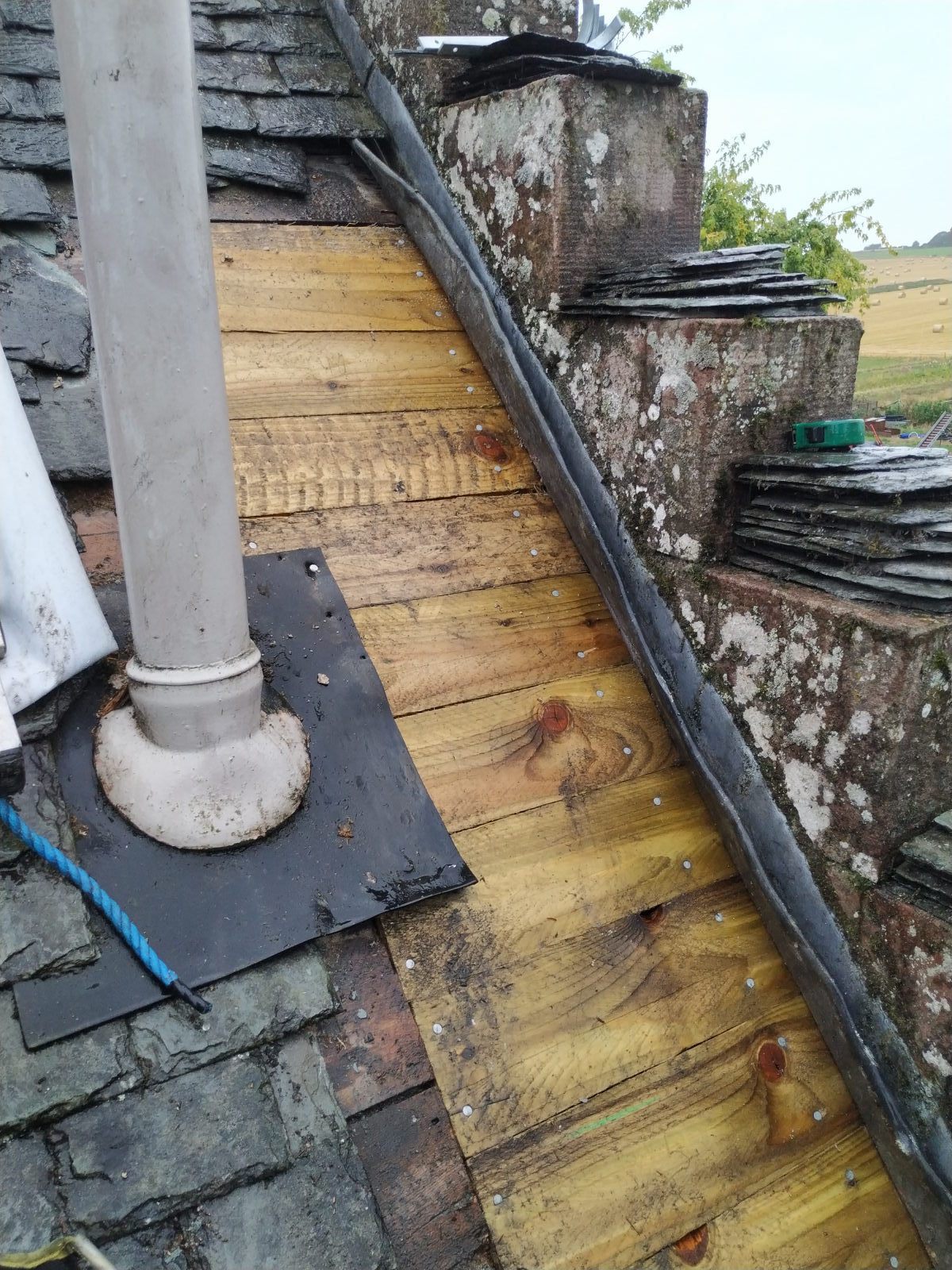 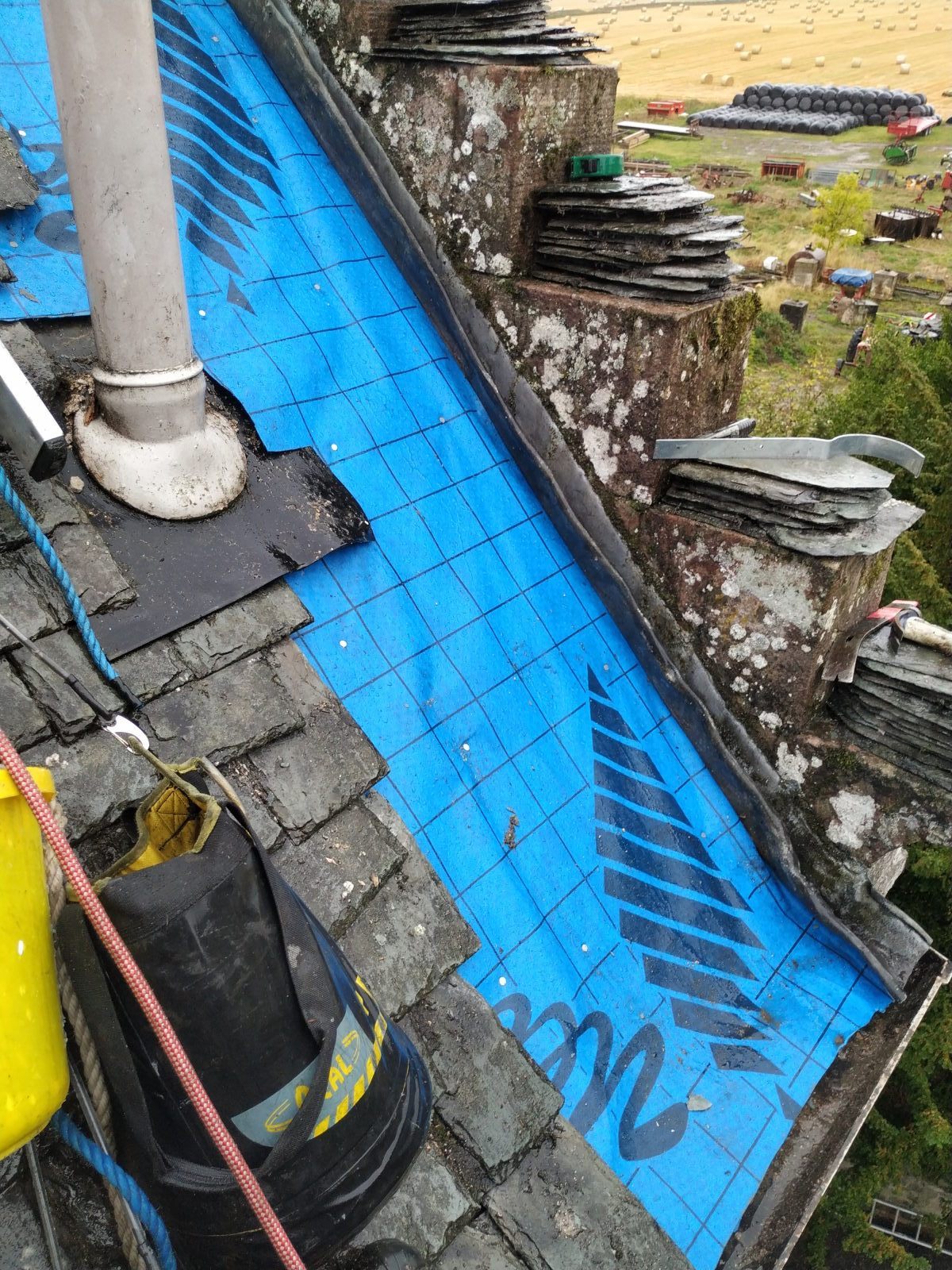 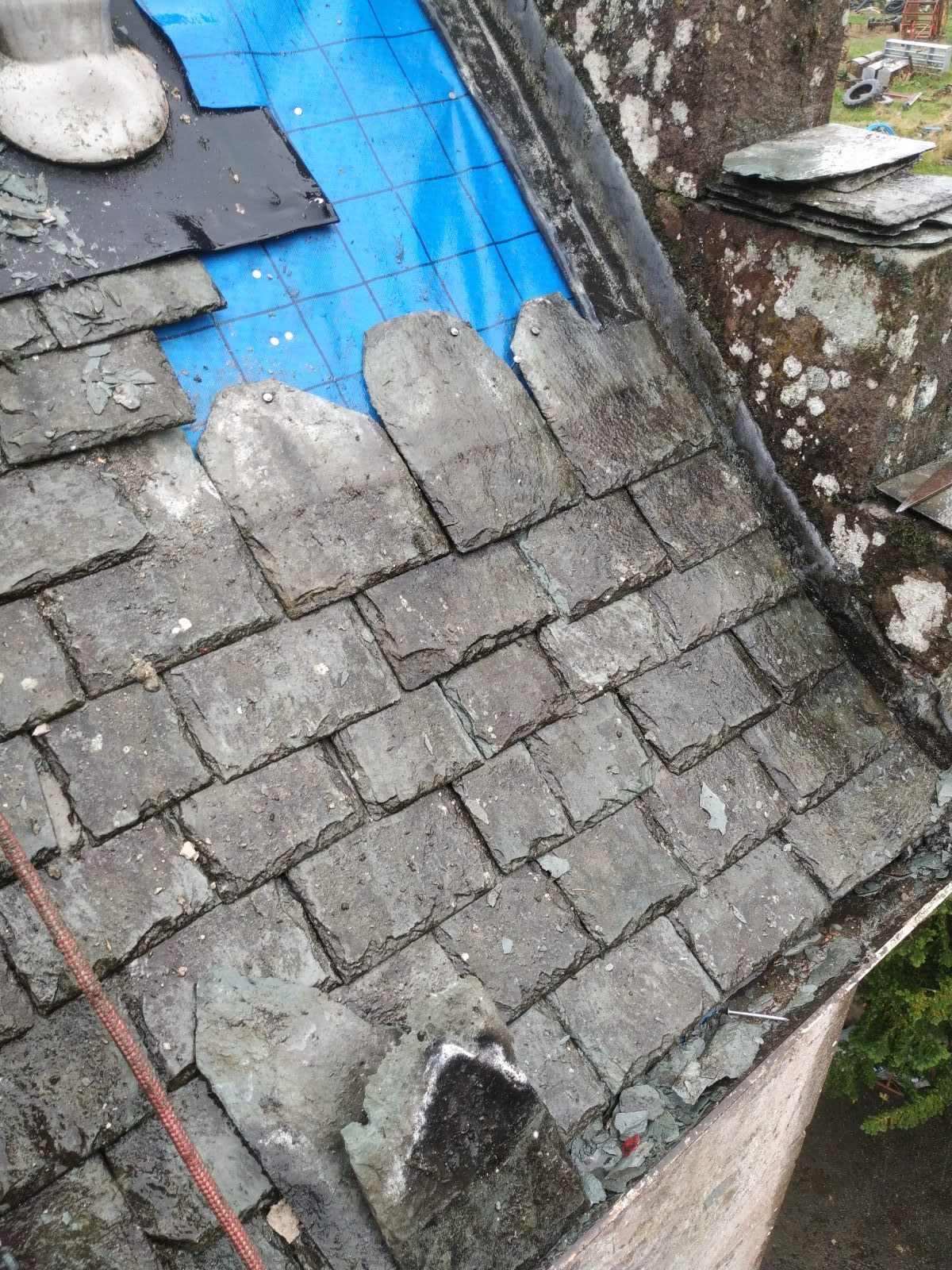 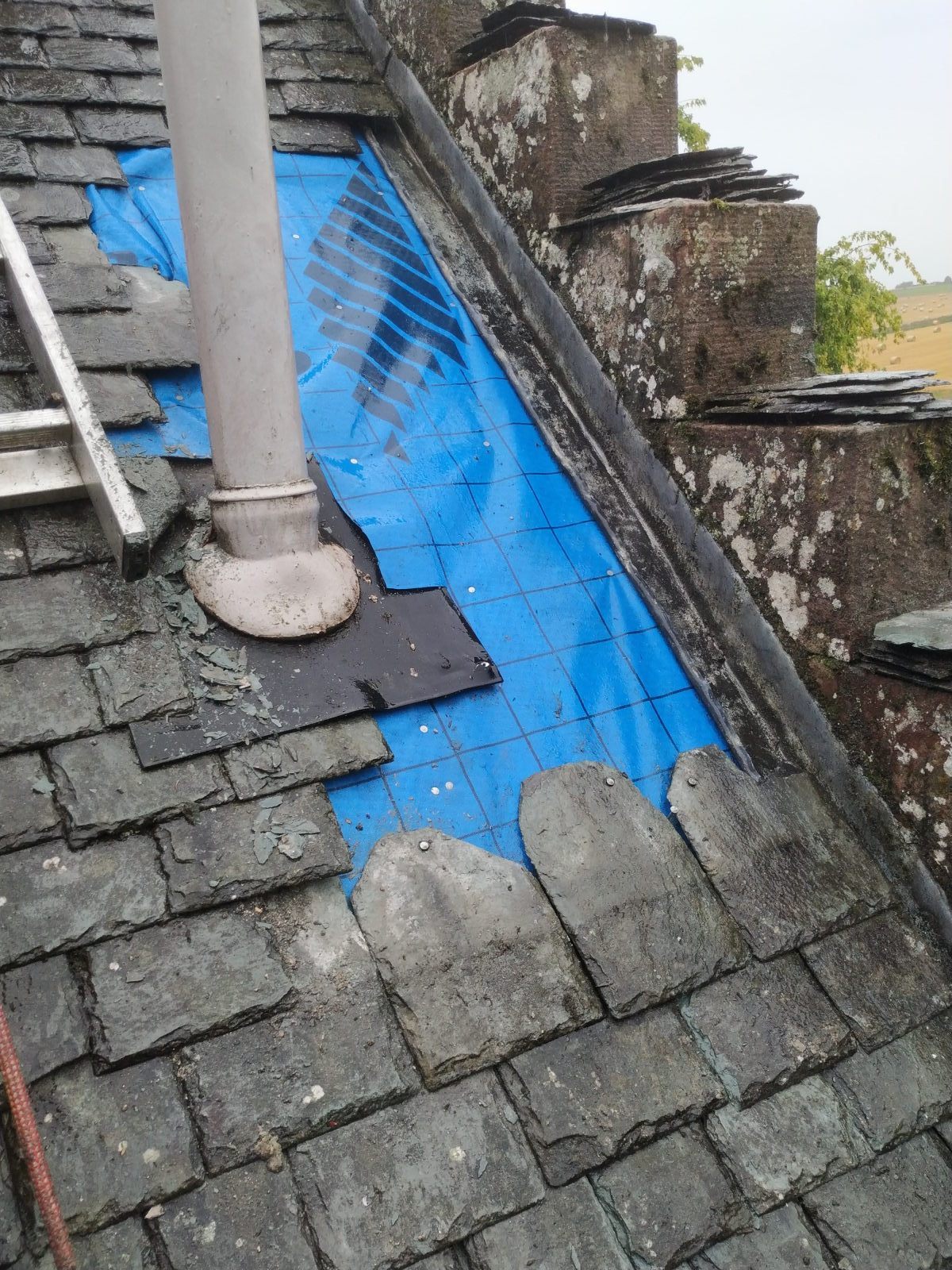 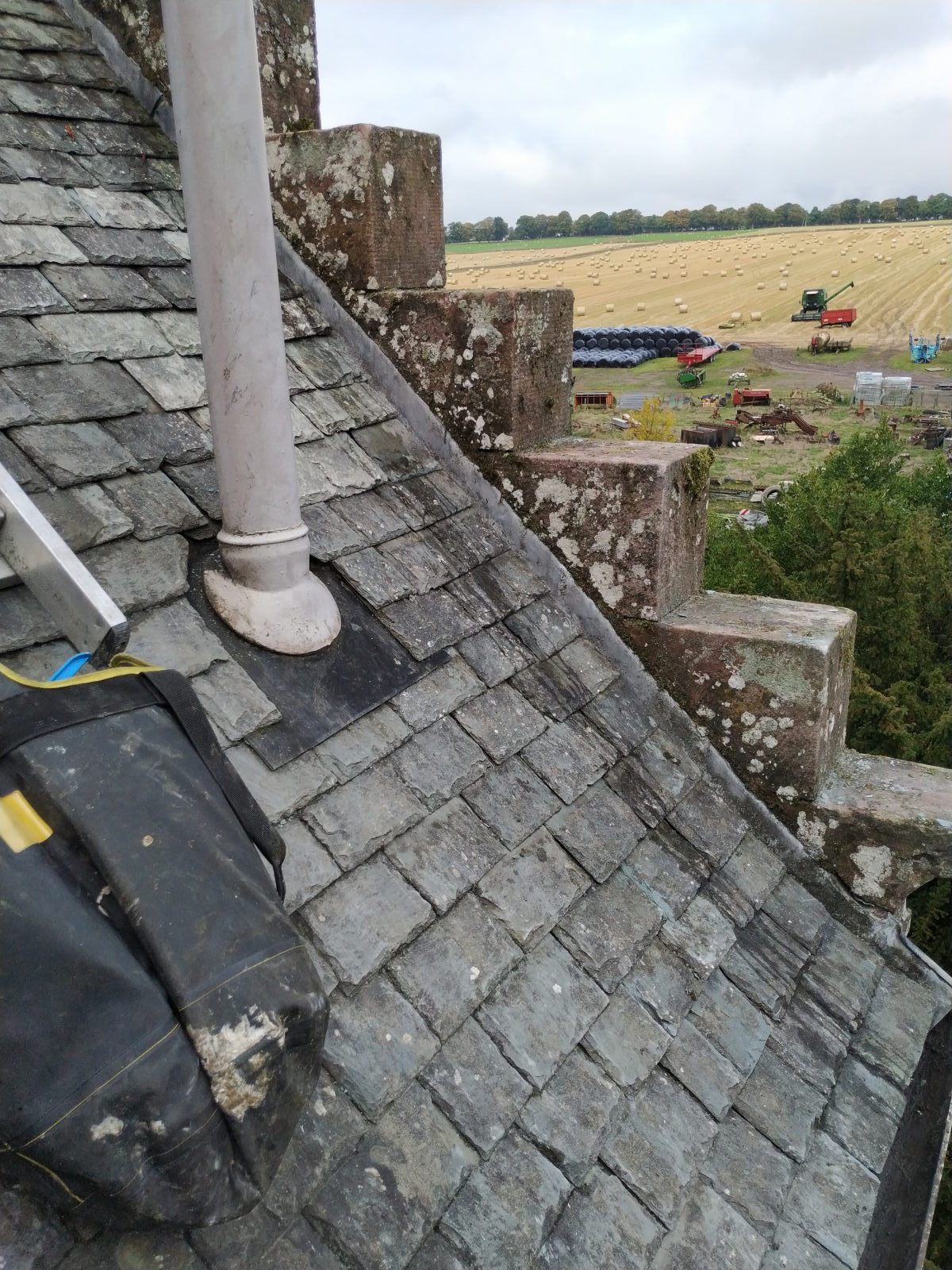 There were a lot of large hoppers on the castle and they tended to get blocked. One was a particular problem as birds kept building a nest in it. All of the hoppers were capped with stainless steel 1 inch x 1 inch mesh to prevent these problems. 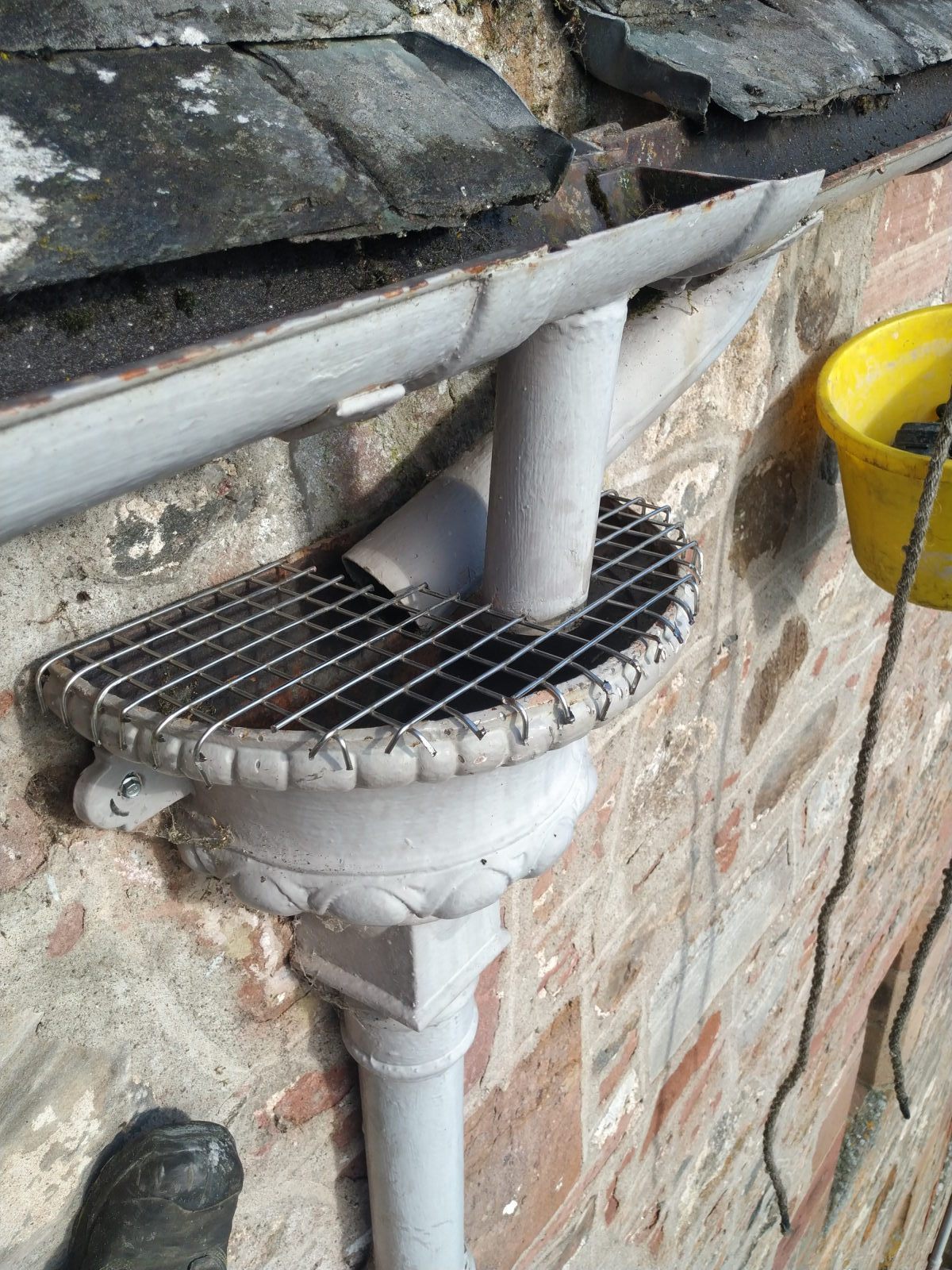 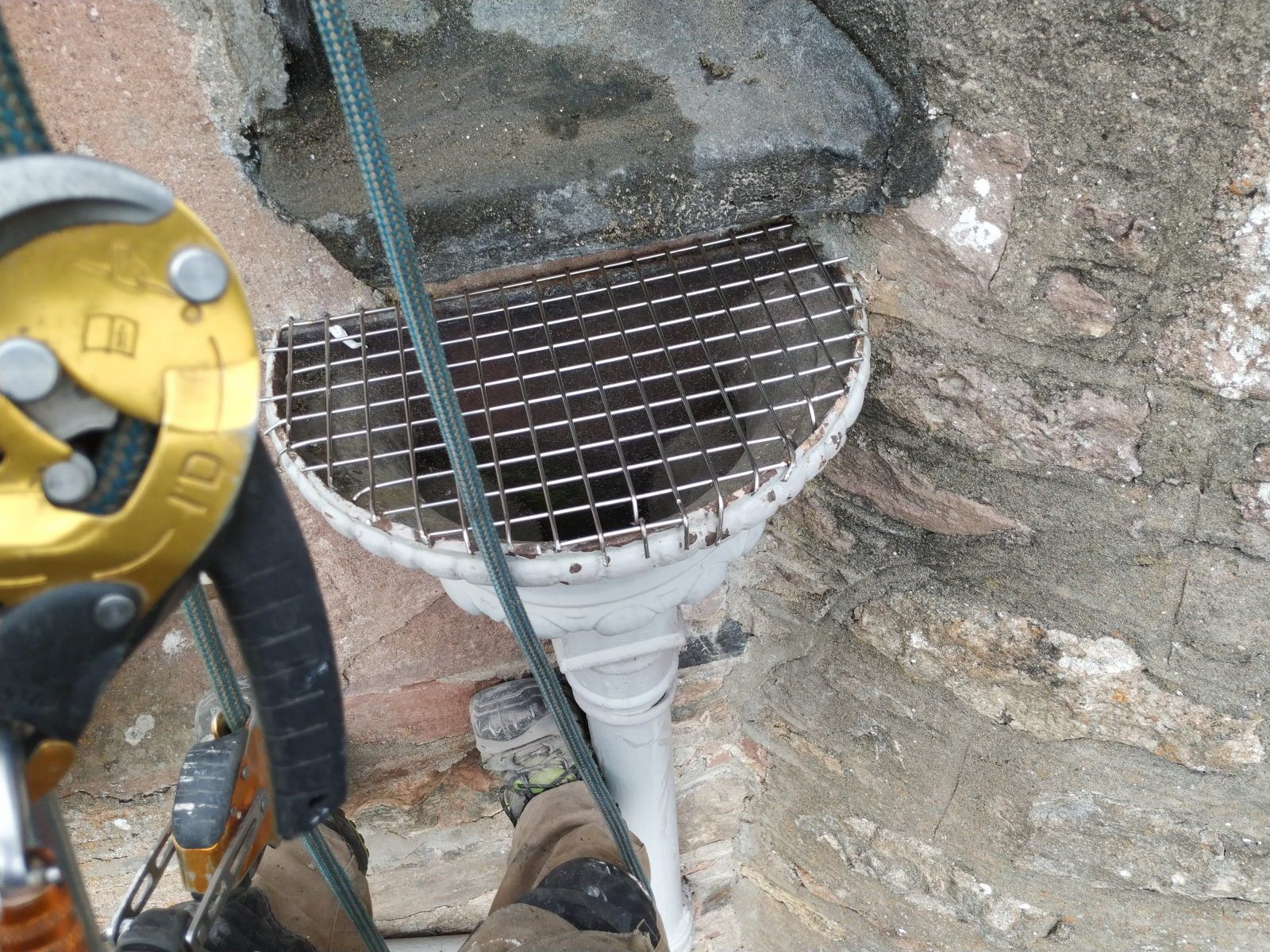