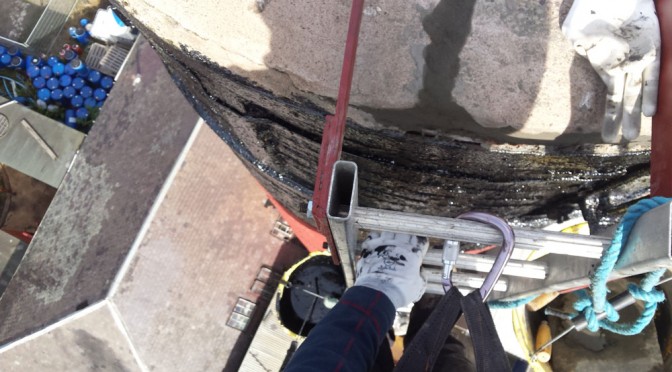 We have extensive experience in this area. Most of our work now is on churches, but chimneys (and cooling towers) are a mainstay of steeplejacking and during all the years we have been in the trade we have spent a lot of time working on them.

Whatever the task, we have the skills and knowledge to carry it out efficiently and safely.

Chimney pointing and painting contract. This shot shows the chimney after work was completed. 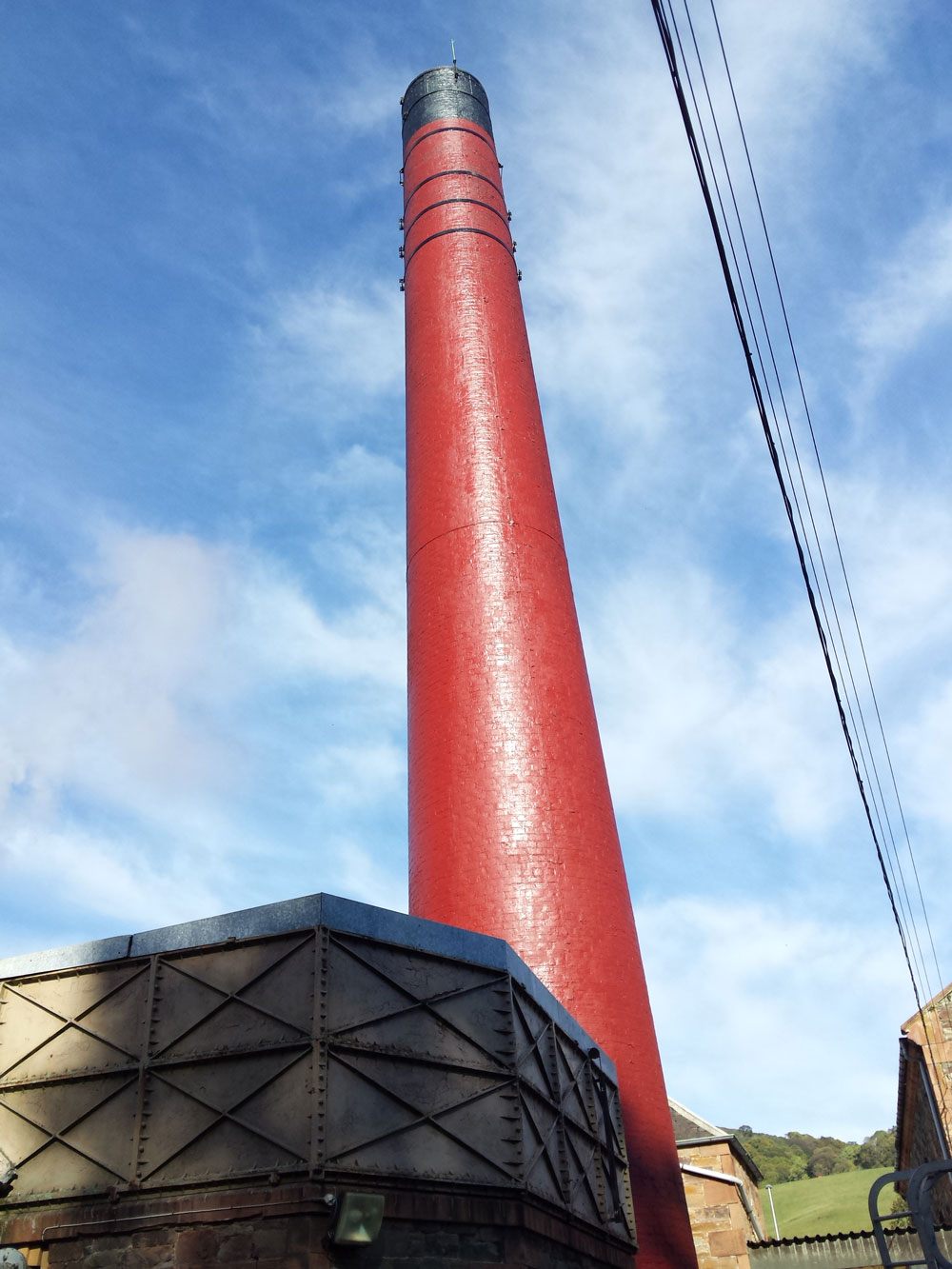 Some more pictures of this contract can be found on this page. 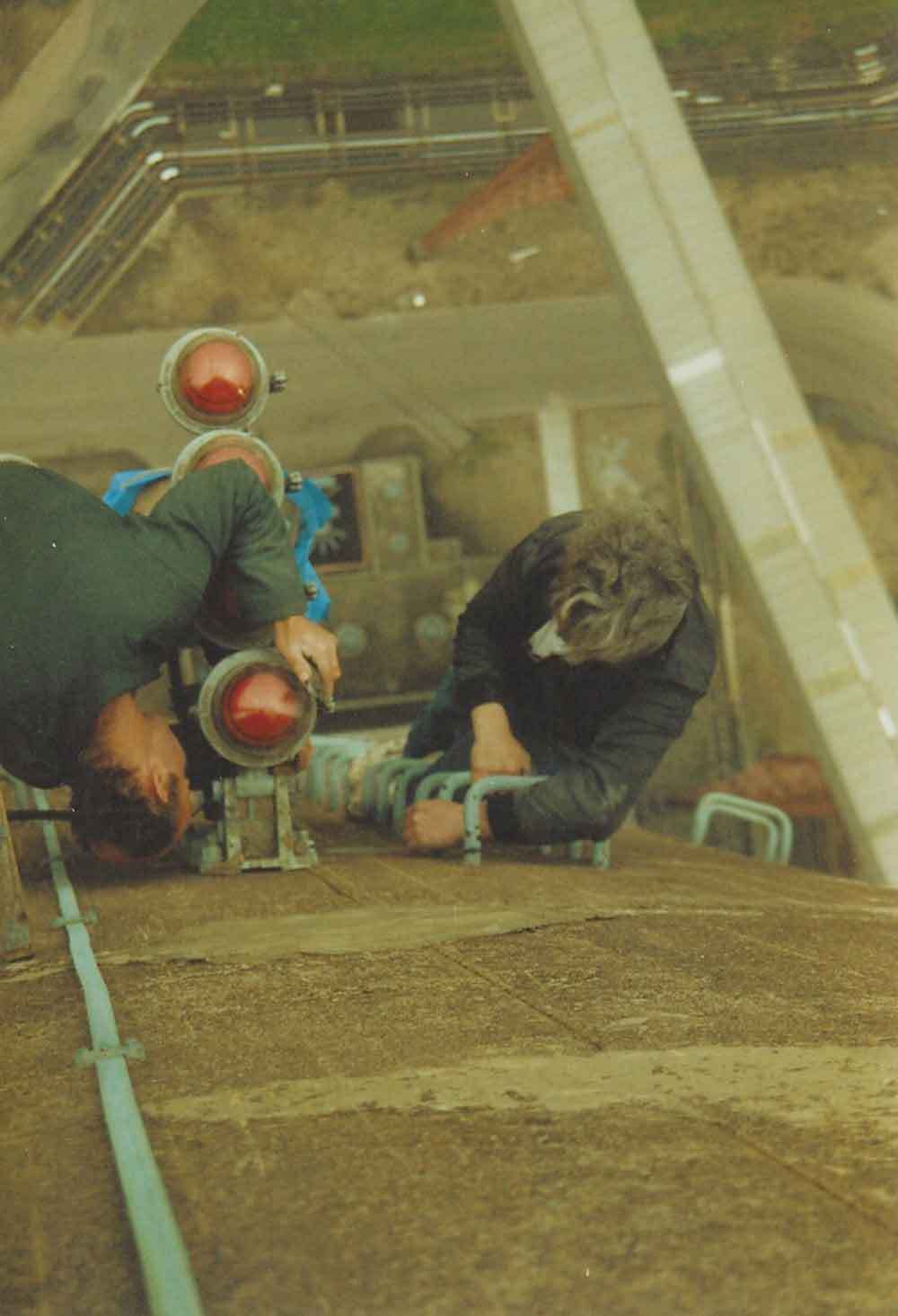 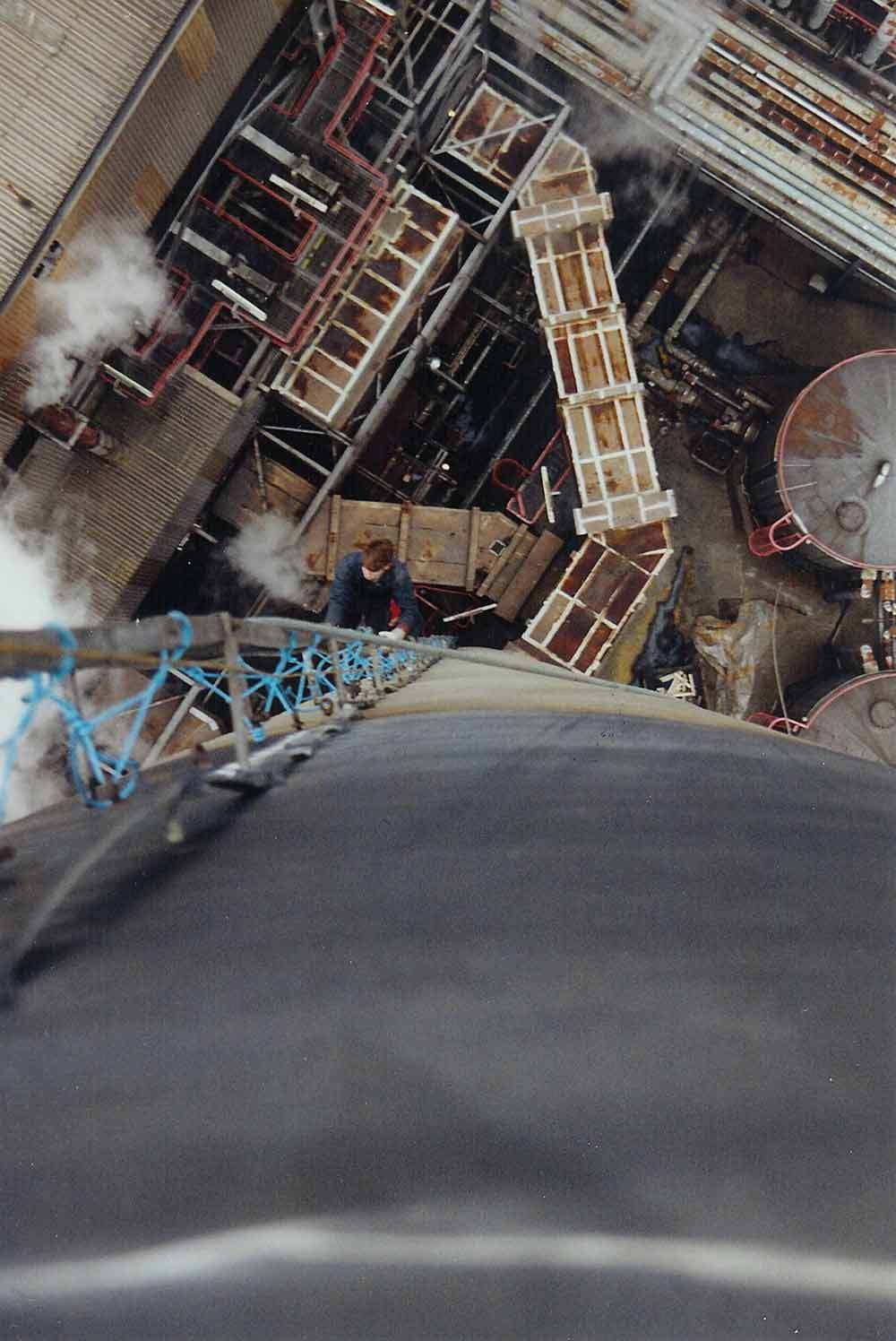 Steel chimney work at HMS Gannet near Prestwick in Ayrshire.

Both flues on either side of this stack were removed. New brackets were subsequently welded on and the stack was repainted. 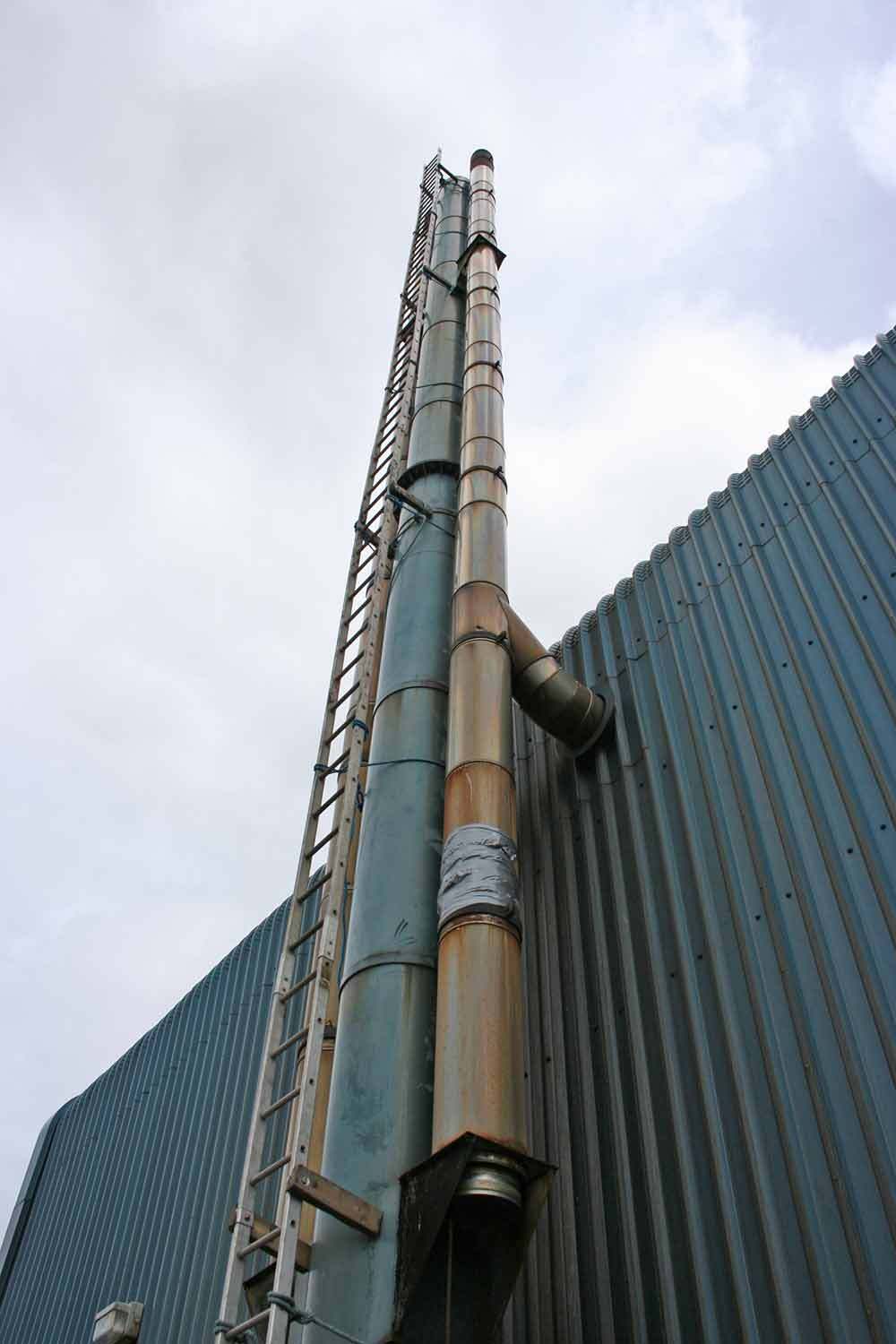 Abseil inspection of a brick chimney in Glasgow. 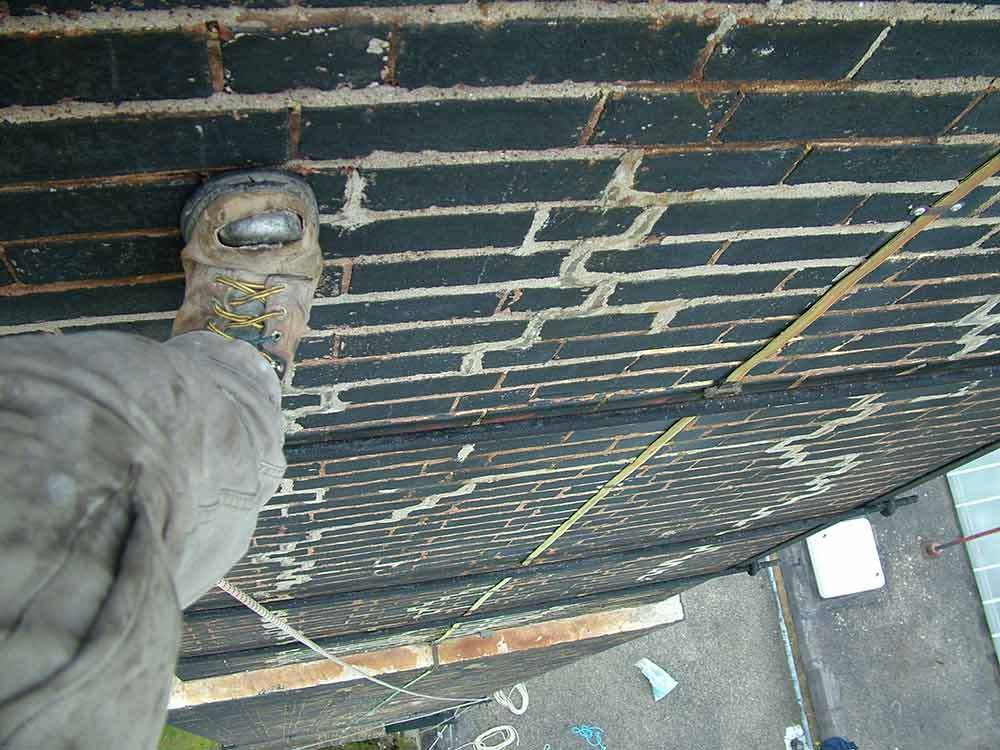