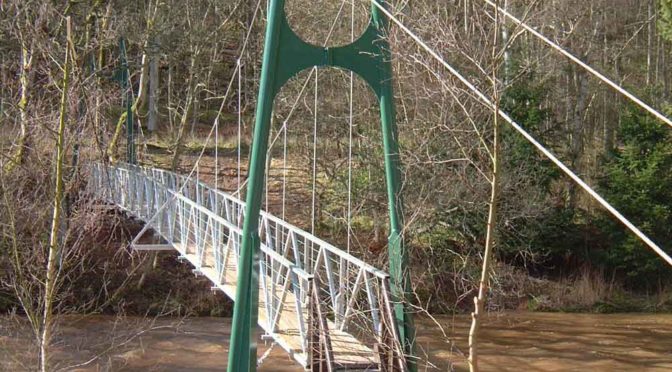 This was quite an unusual contract for a steeplejack company to carry out, but we were asked by an engineer, who we had done previous steeplejacking contracts for, if we were interested.

It seemed like an interesting job and although it was at ground level it is, to some extent, similar to some of the things we do at height. Building a suspension bridge is basically a rigging job.

The previous bridge was about 50 years old, constructed of timber, and too close to the water. When the river was in spate it would rise above the bridge deck and this, in combination with a lack of maintenance and rot, had absolutely destroyed the bridge.

The job was commissioned by the Tweed Forum. The plan was to construct an new public walkway, and its proposed route (over the Leader Water) meant that the old bridge had to be renewed.

This is the bridge in its unassembled state on the river bank. 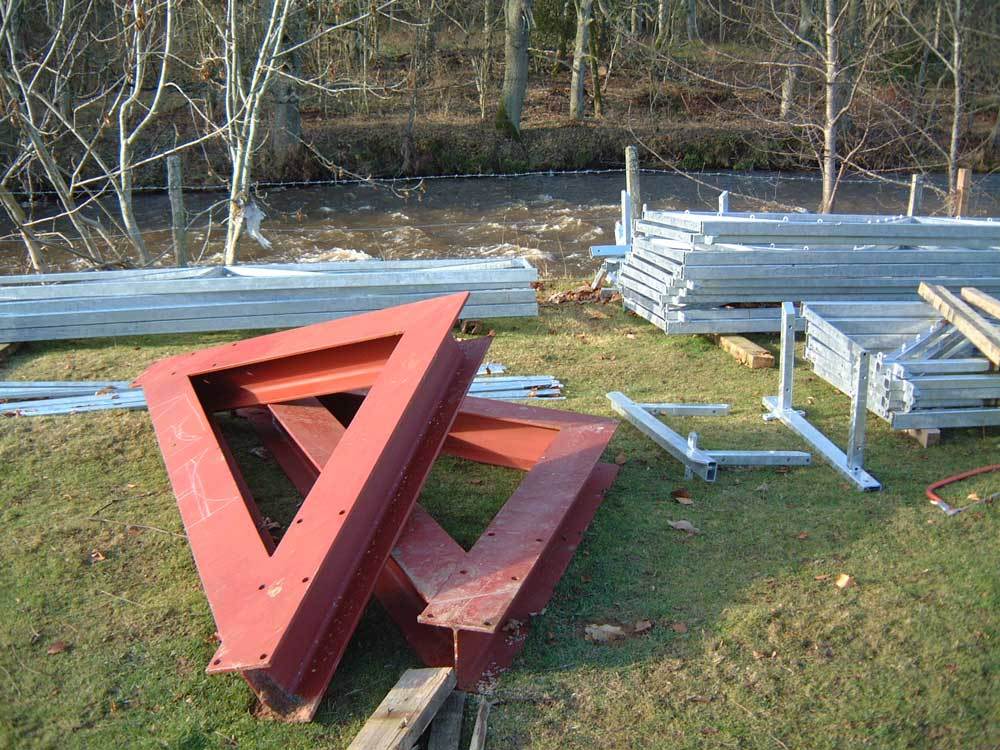 This picture shows the old bridge during the dismantling phase. 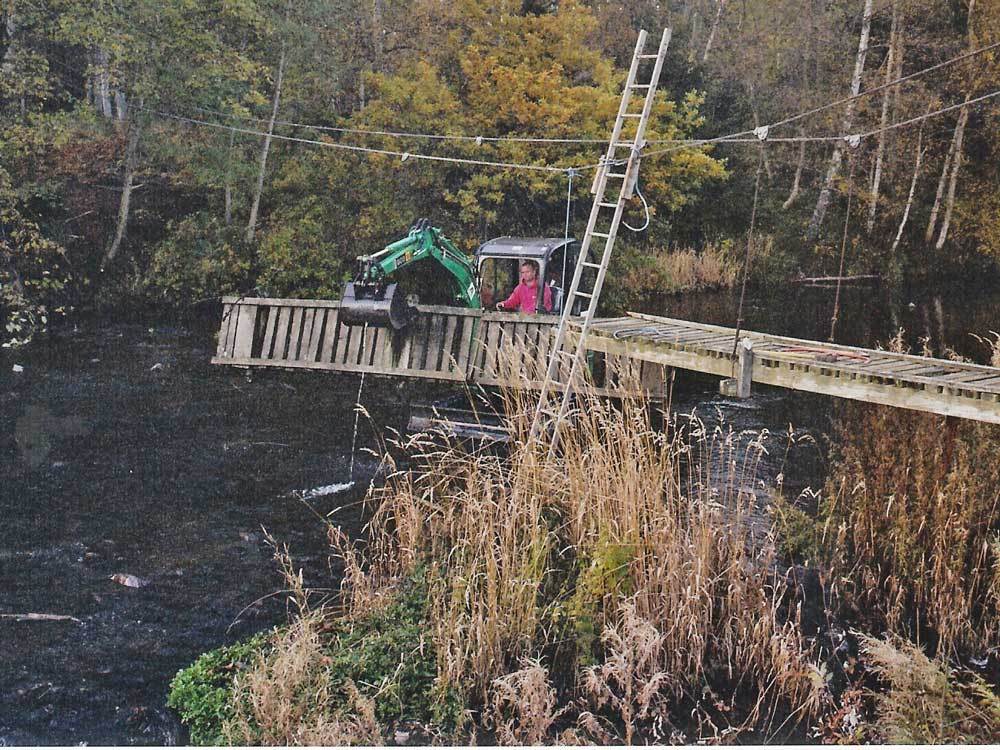 Preparing the base on the east bank. 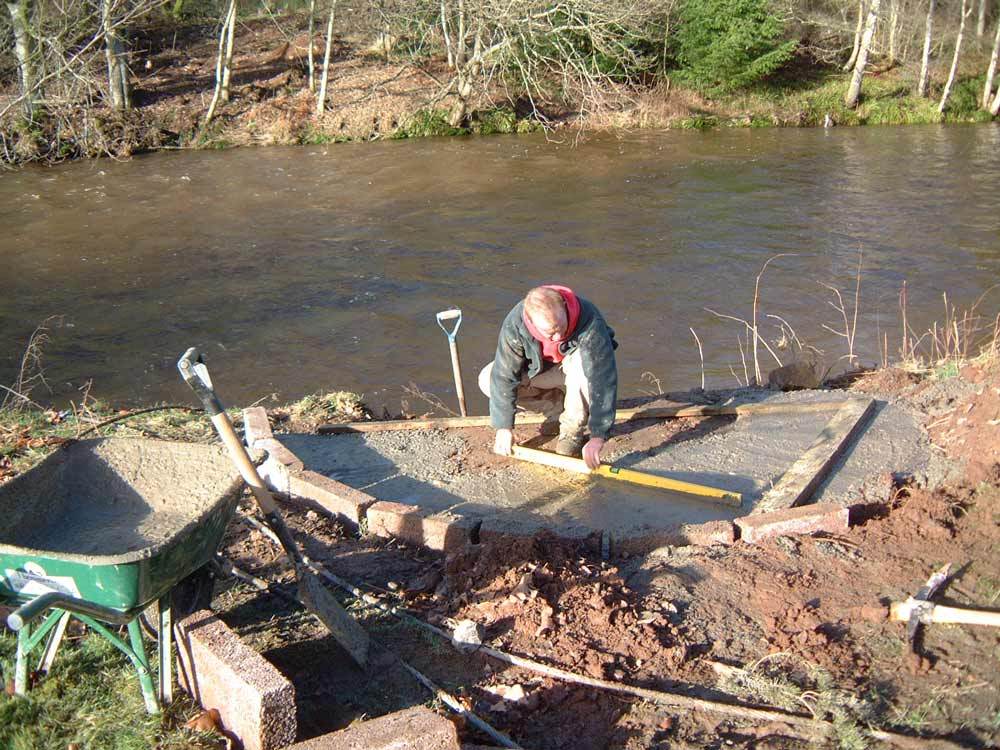 Liftting the pylons into position. 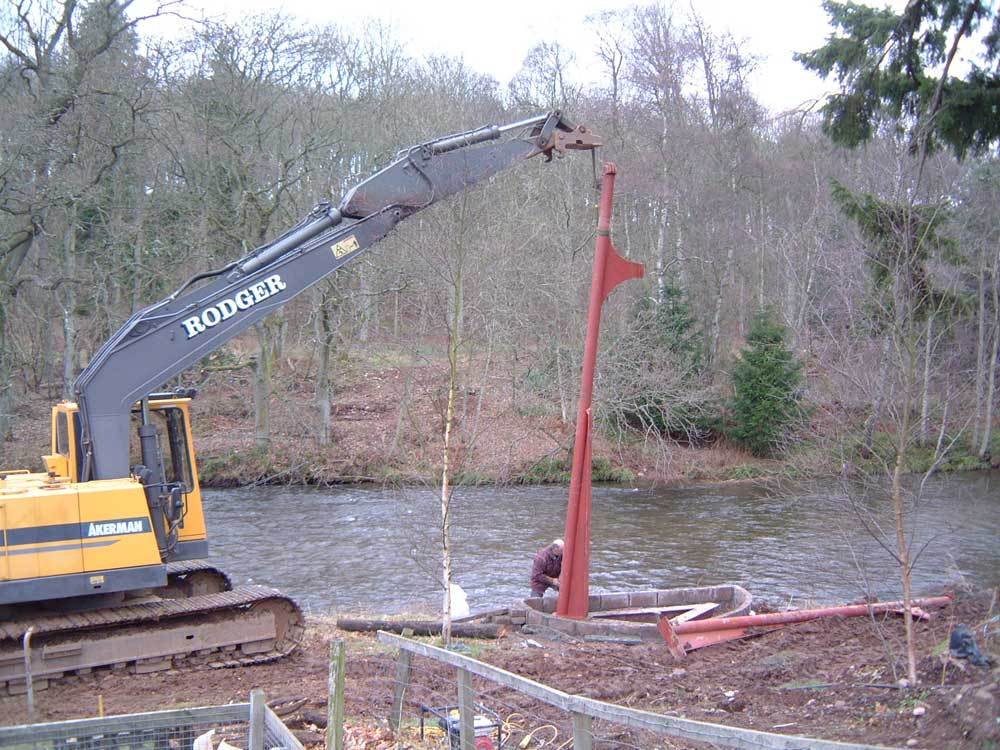 Both pylons are now in position, and the suspension wires are hanging in place ready to take the weight of the bridge deck. 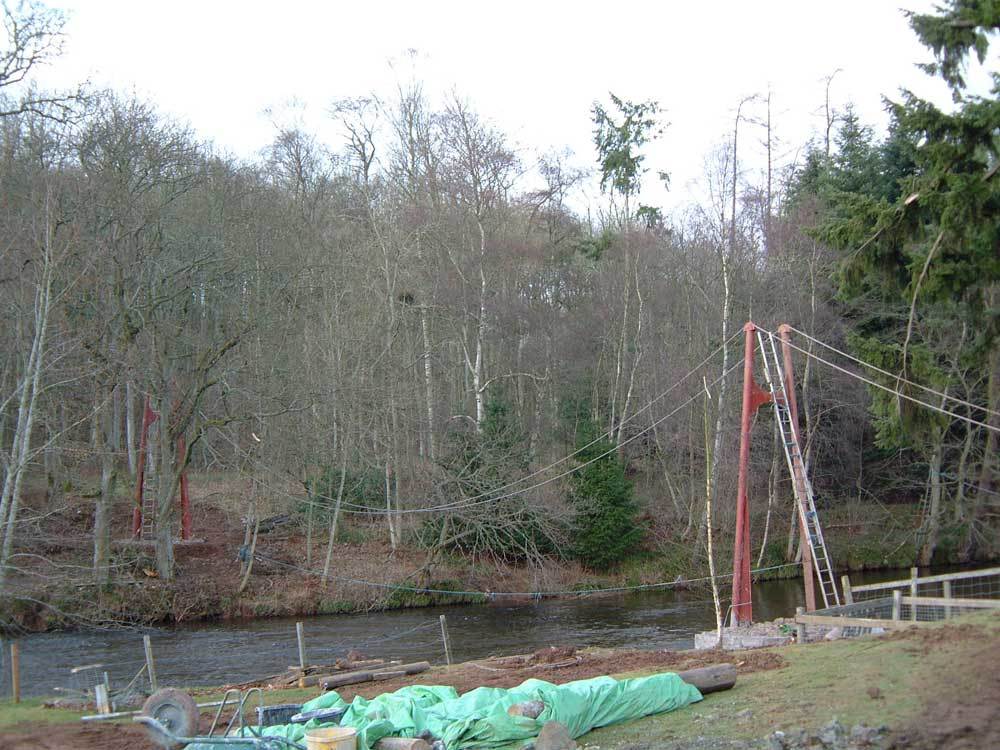 The first 2 sections of bridge now suspended over the water. 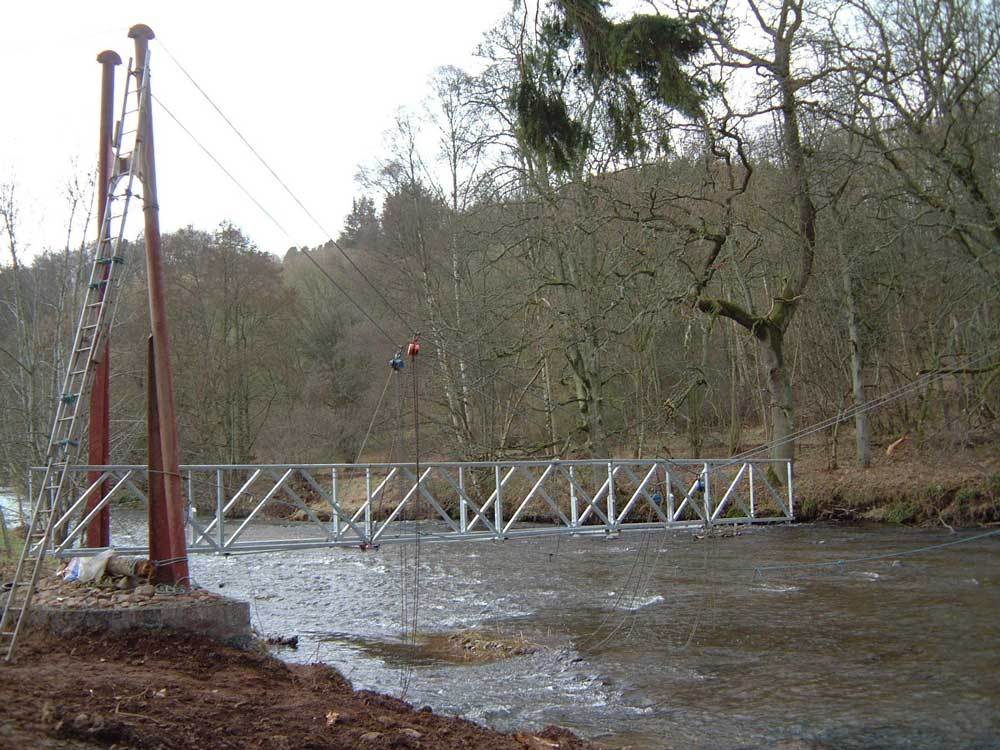 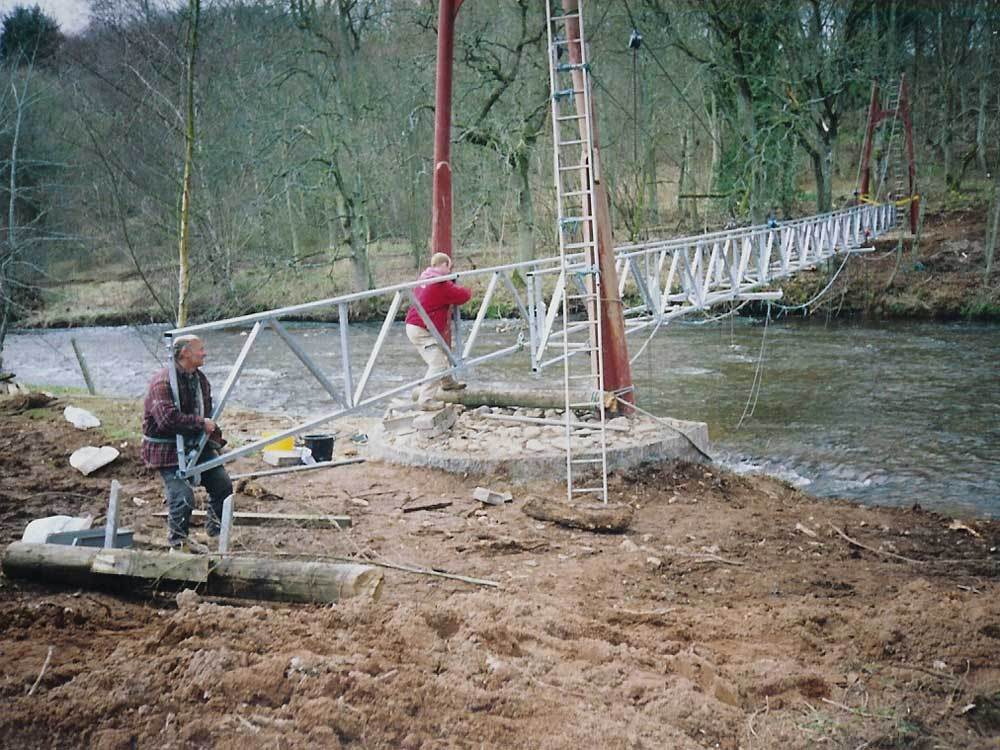 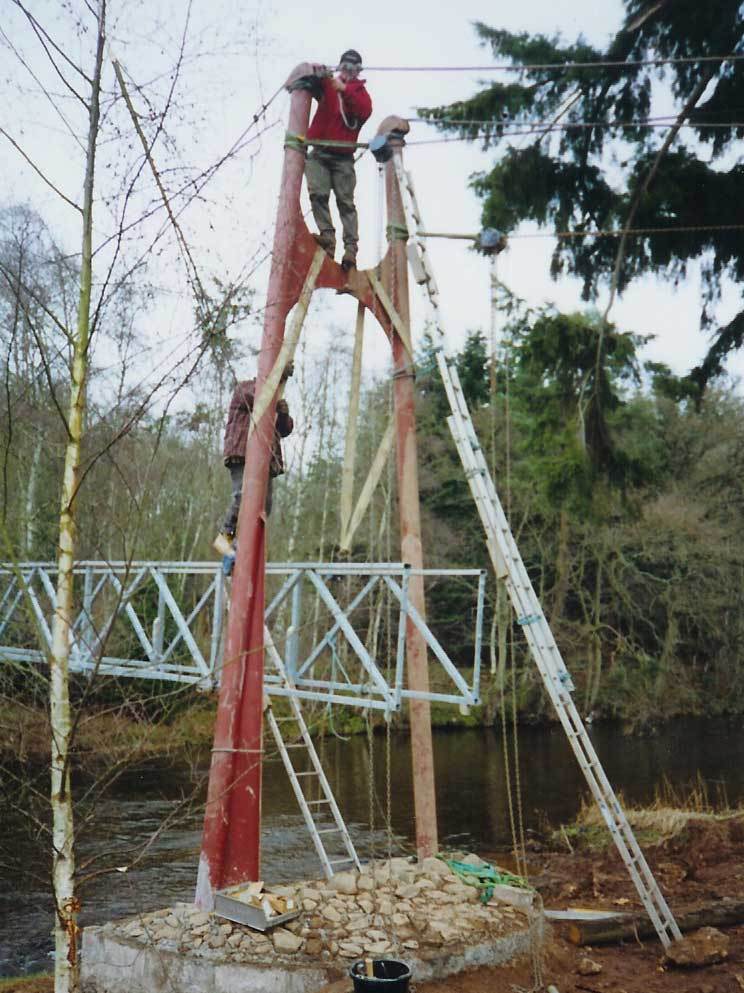 Building timber steps to give access to the bridge. 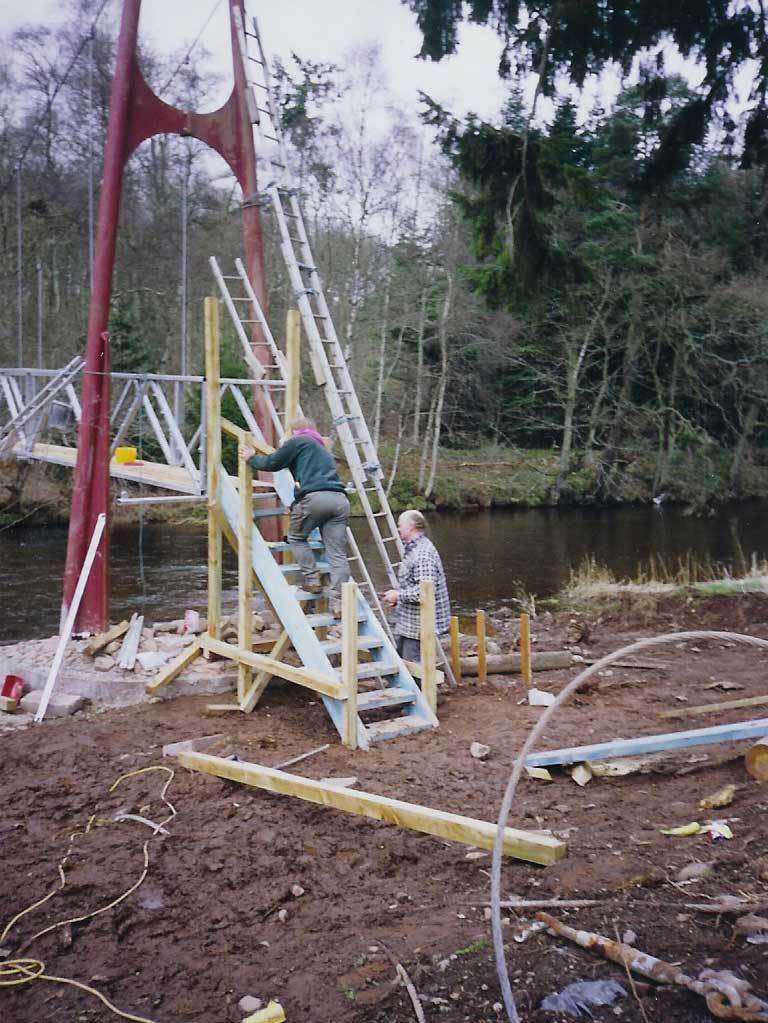 View from the east bank. 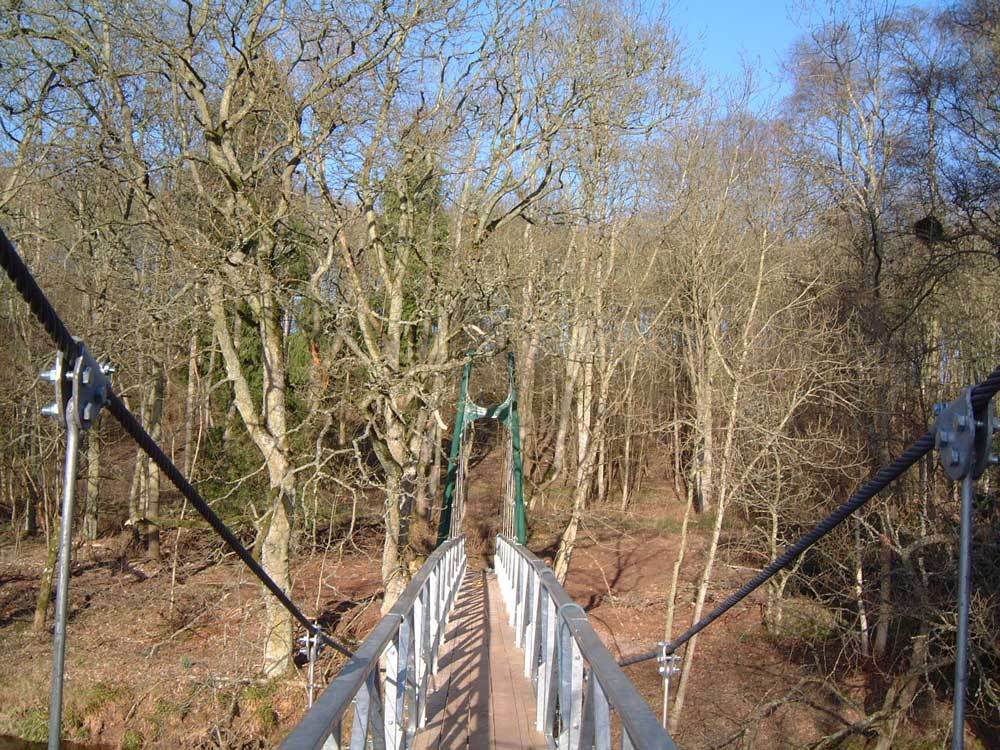 Another view from the east bank. 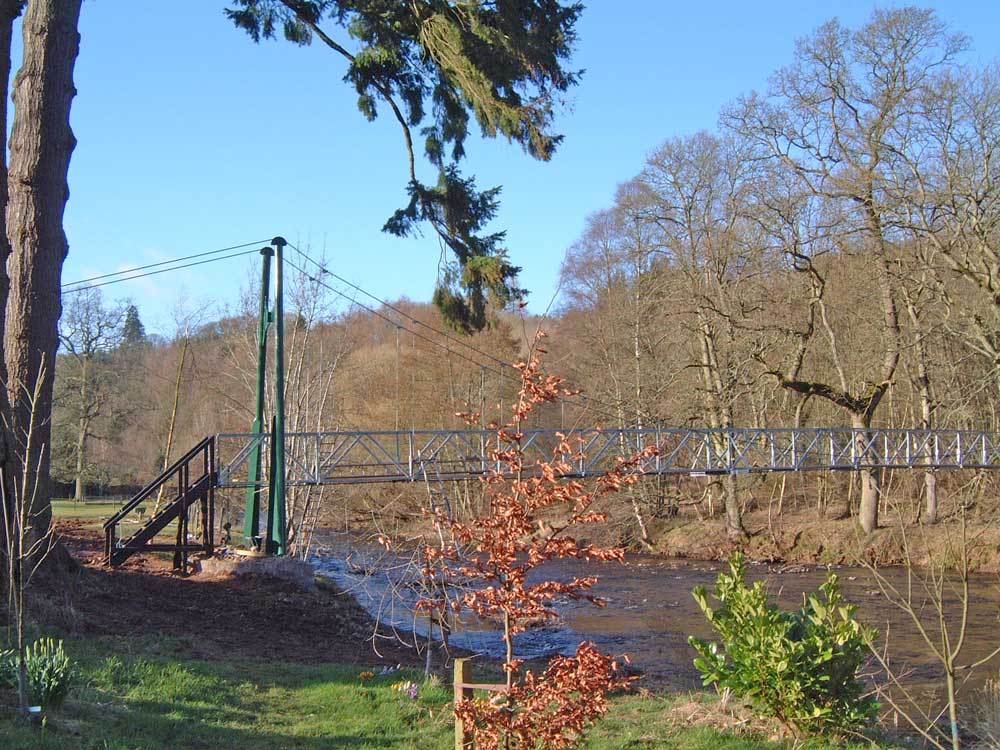 From the south east. 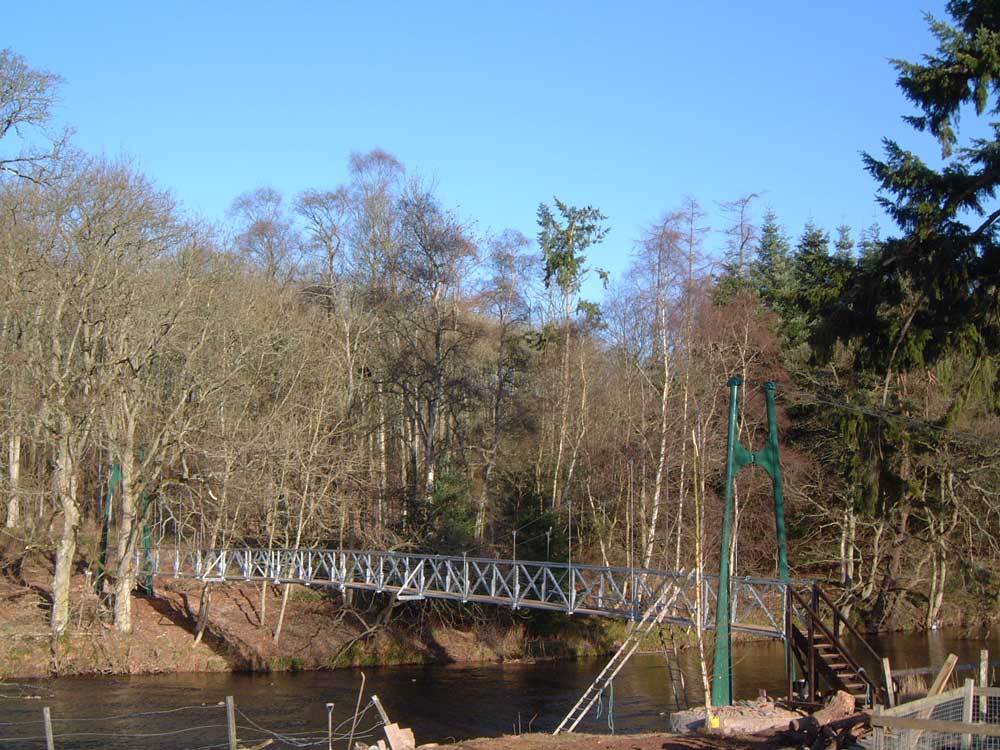 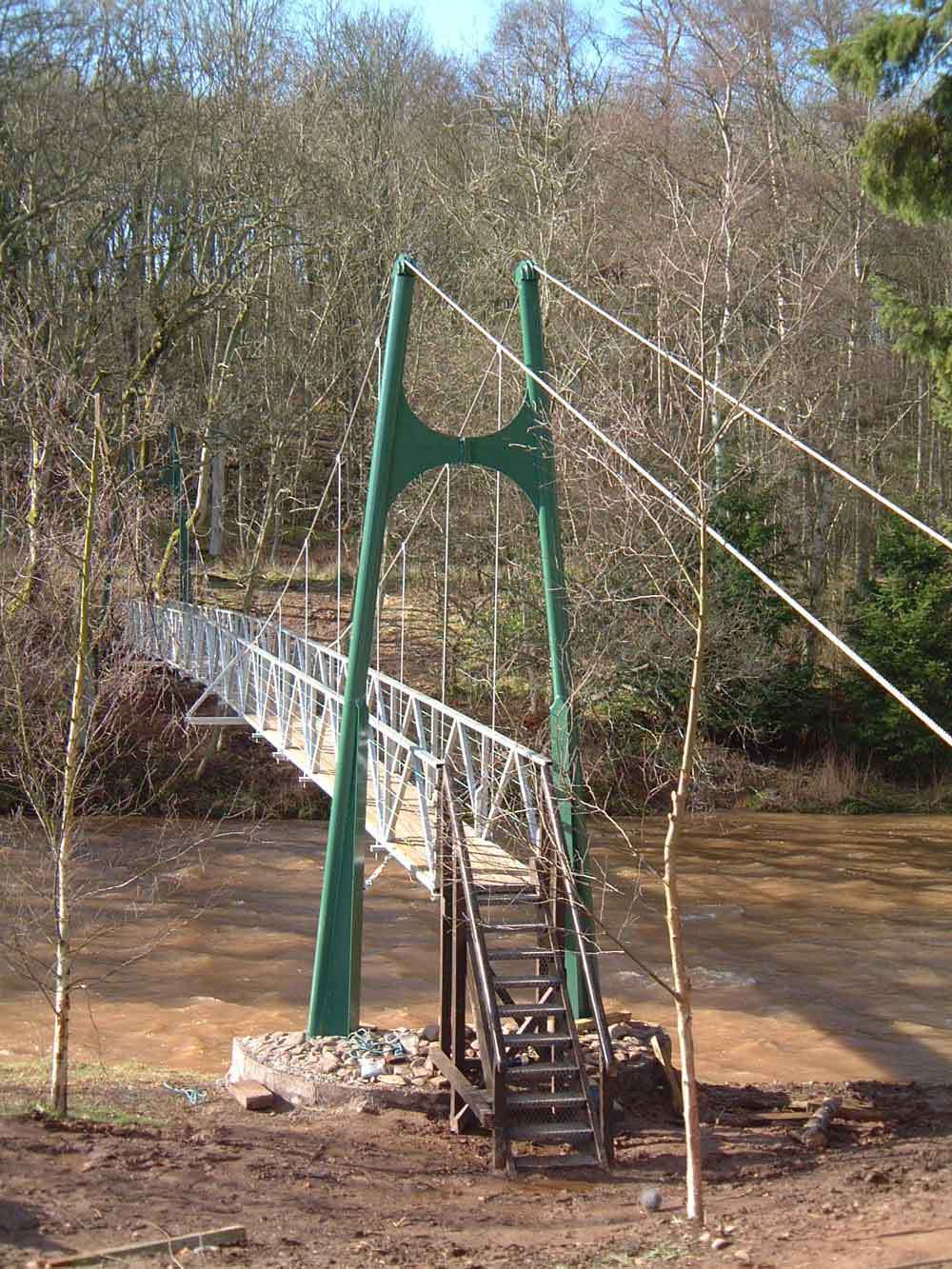 From the west bank (looking from the north west). 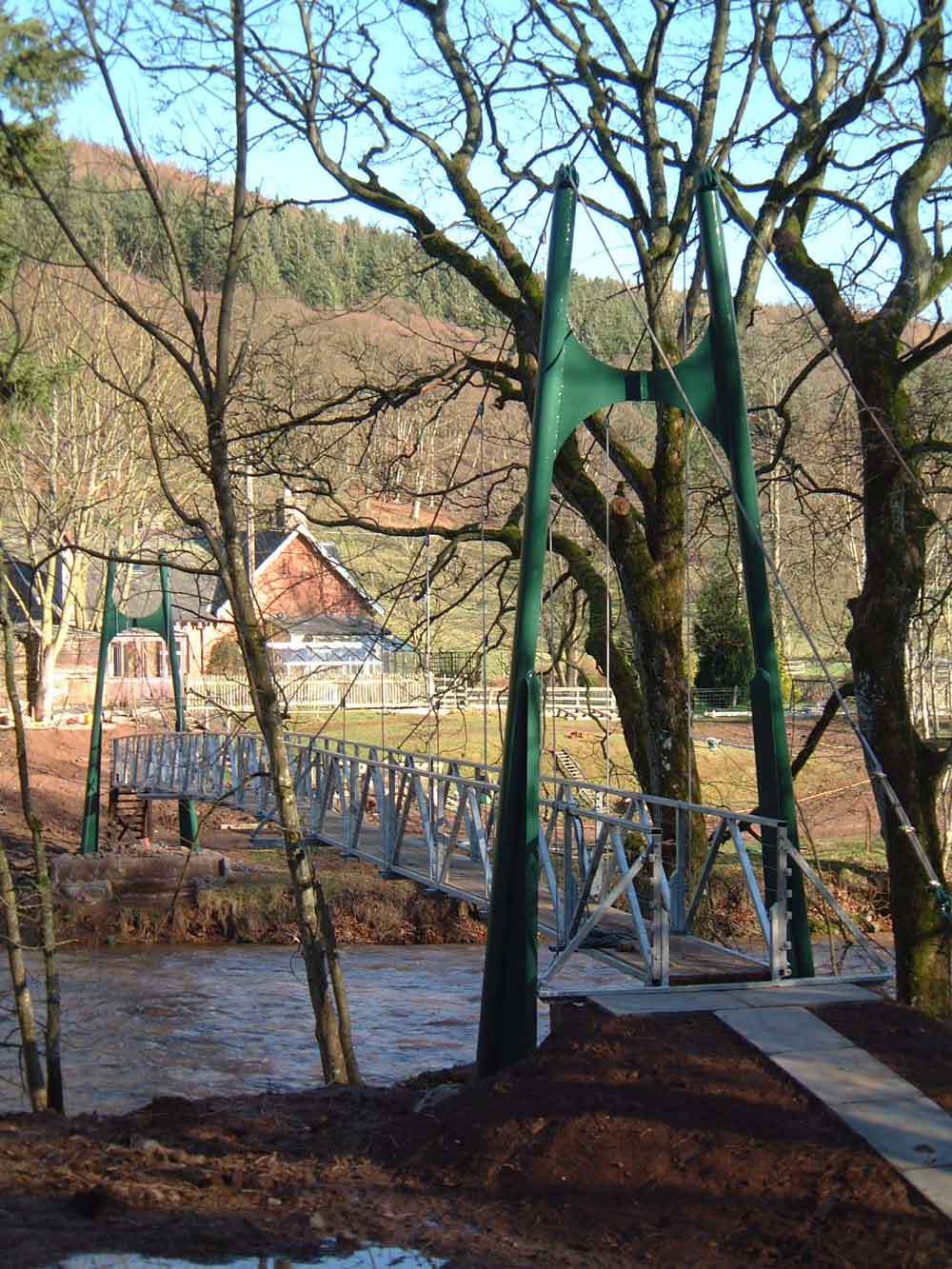