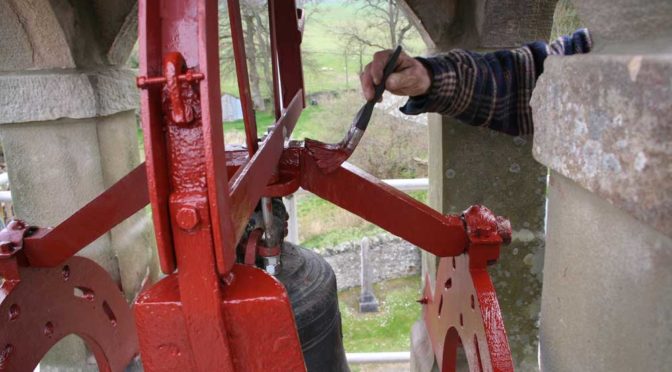 We were pleased to win this contract, as the history of the bell made the work particularly interesting.

This bell is thought to be one of the oldest in the country. It was apparently cast in 1507 and it originates from Europe.

The bell restoration was by far the biggest part of the contract, but we also carried out lime pointing to the belfry.

The bell mechanism was rusting badly and becoming dangerous. The corrosion on the bell wheel can be seen in this picture. 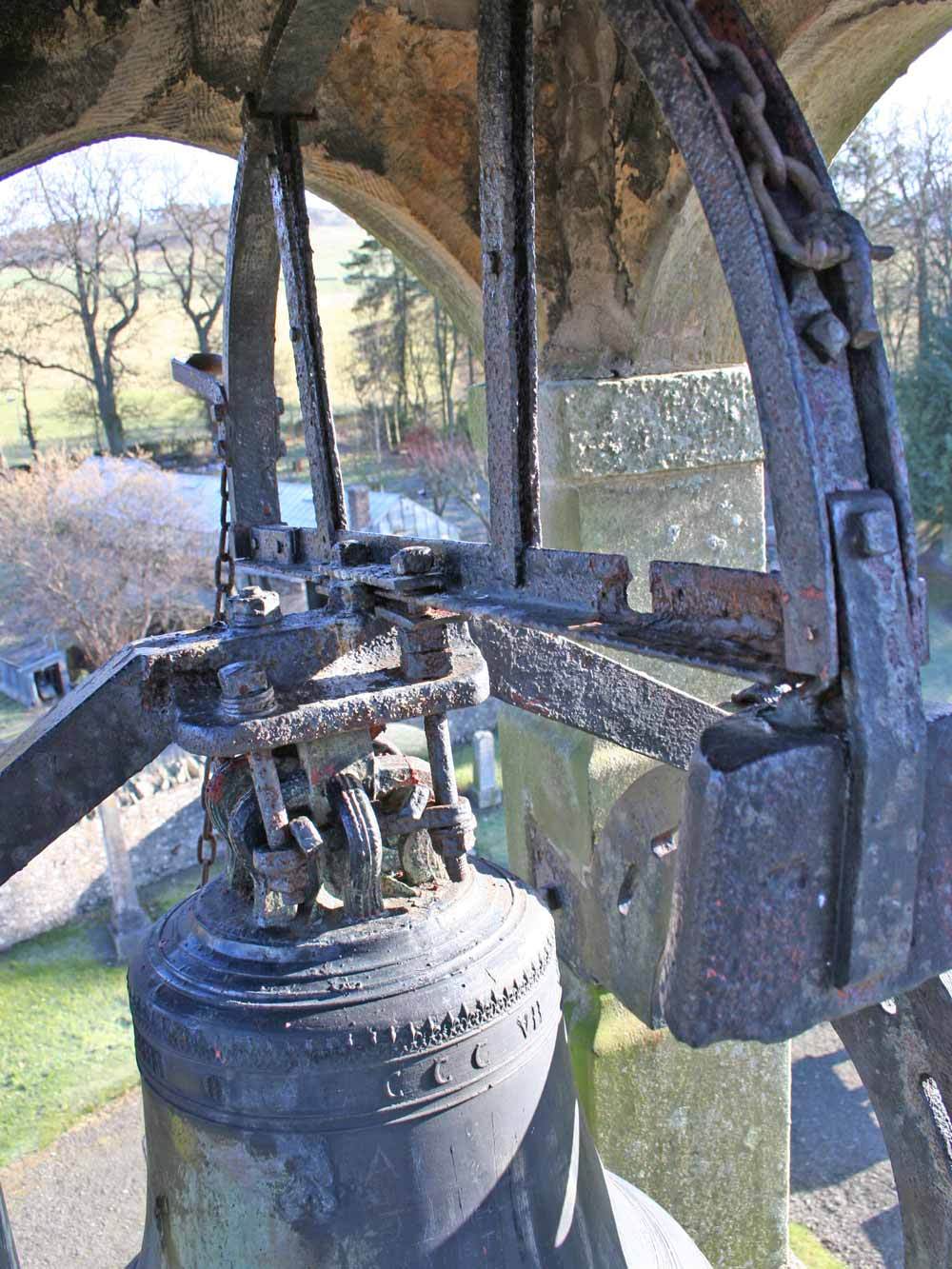 This picture clearly shows how dangerously corroded the bell hanger pins were. This is a heavy bell and the consequences of it falling from its mounting would have been catastrophic. 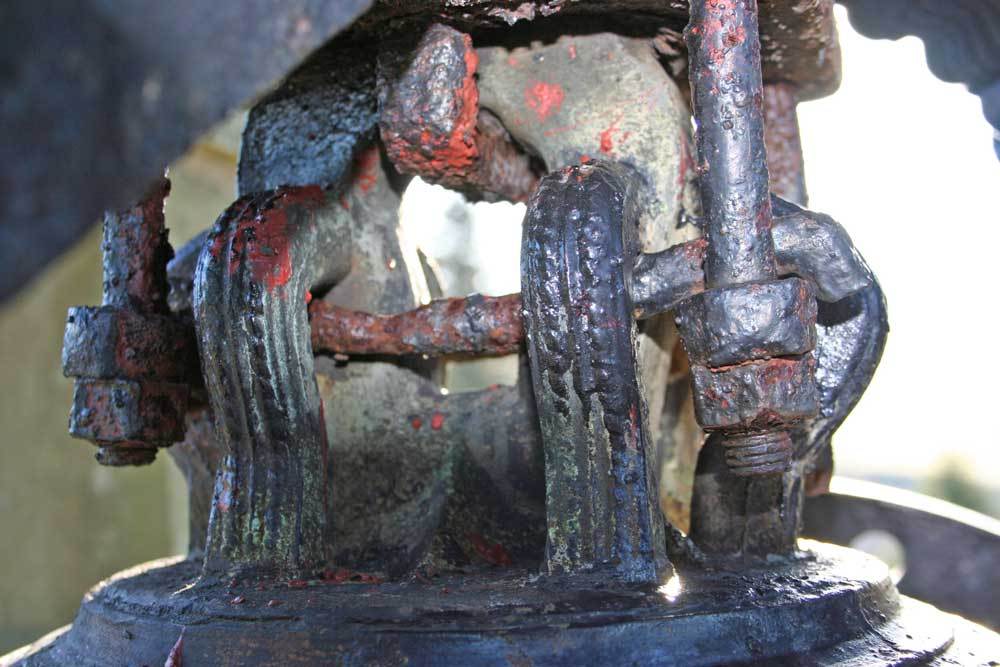 The bell clapper was badly corroded. It was also cracked at the narrow point near the suspension shackle. 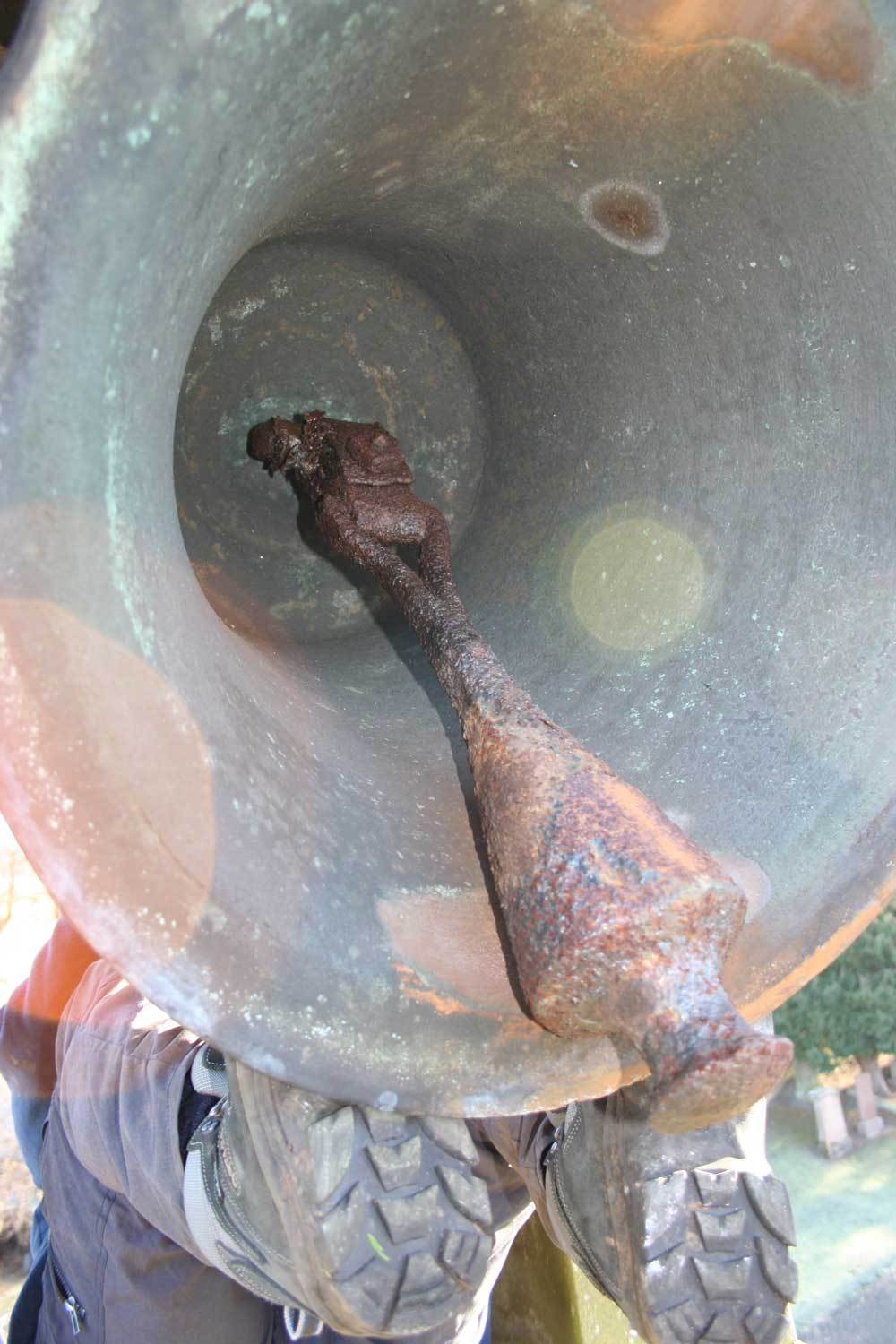 The bell components back on site after having been dismantled, taken to the blacksmiths, and refurbished. The bell wheel, stainless steel suspension bolts, and two of the bell suspension pins are brand new.

The bell axle, wheel counterweight, two of the bell hanger pins, and the clapper were in good condition so these were reused. The crack in the clapper was welded in the blacksmiths shop and everything was thoroughly descaled and painted. This picture was taken part way through descaling (grinding the rust off in other words). 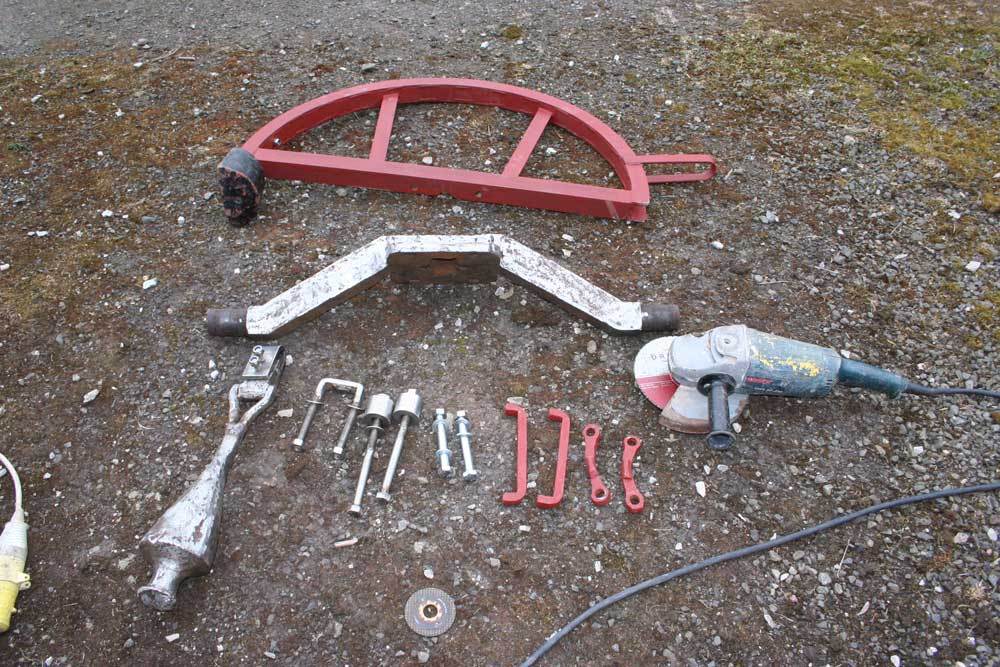 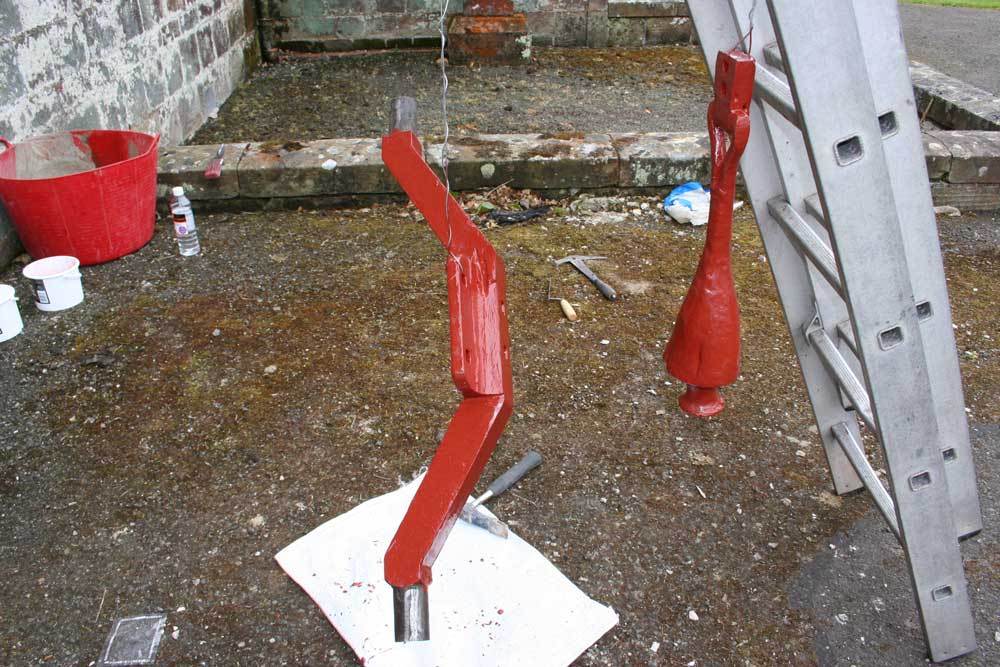 Everything lifted back up to the belfry.

In this shot we are preparing the axle bushes with copper grease (the best available). 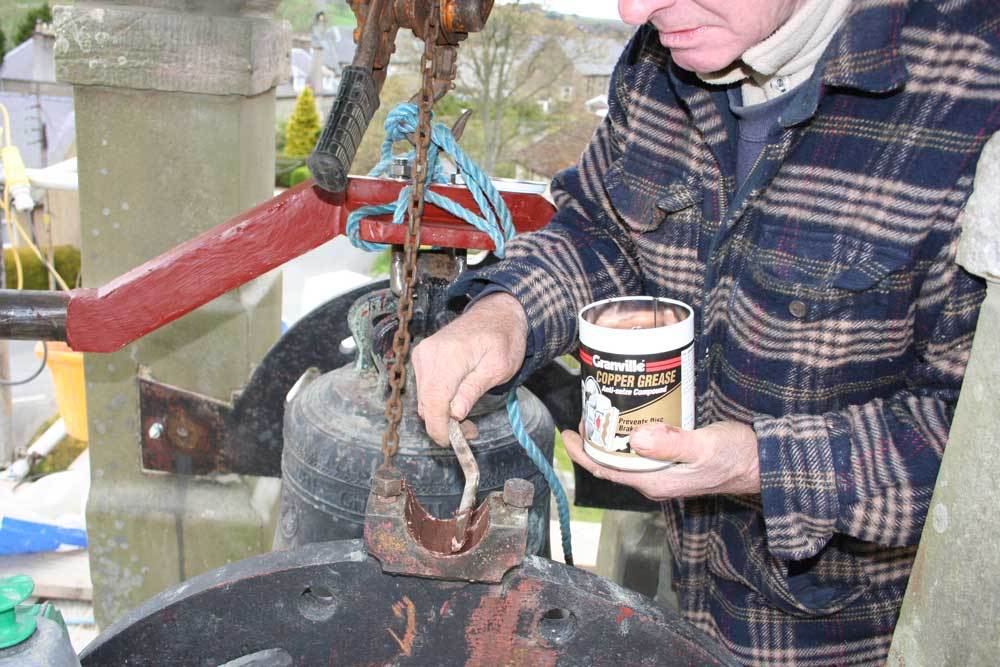 Everything now mounted and receiving another coat of red oxide paint. 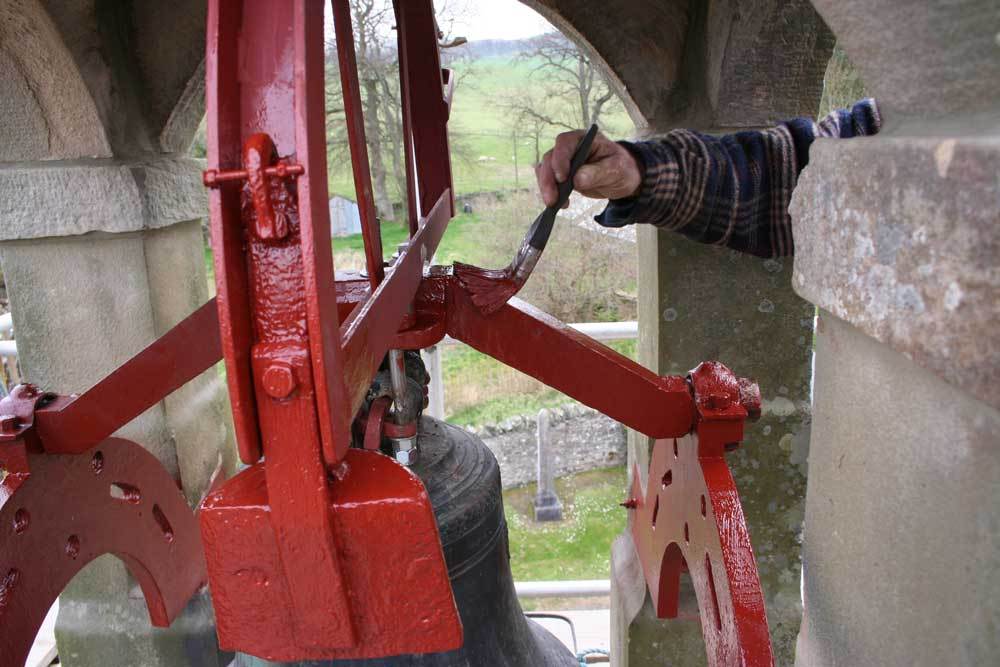 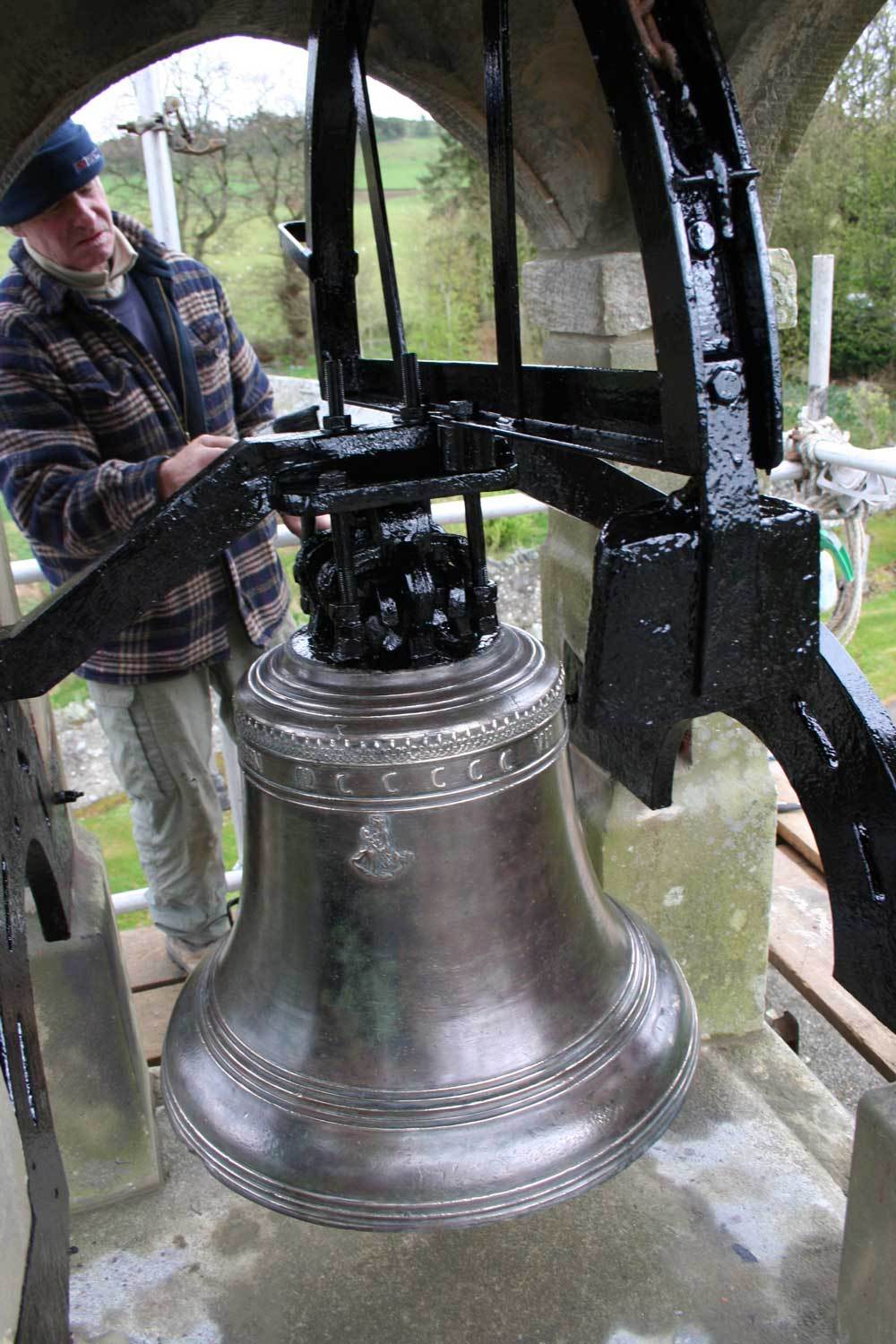 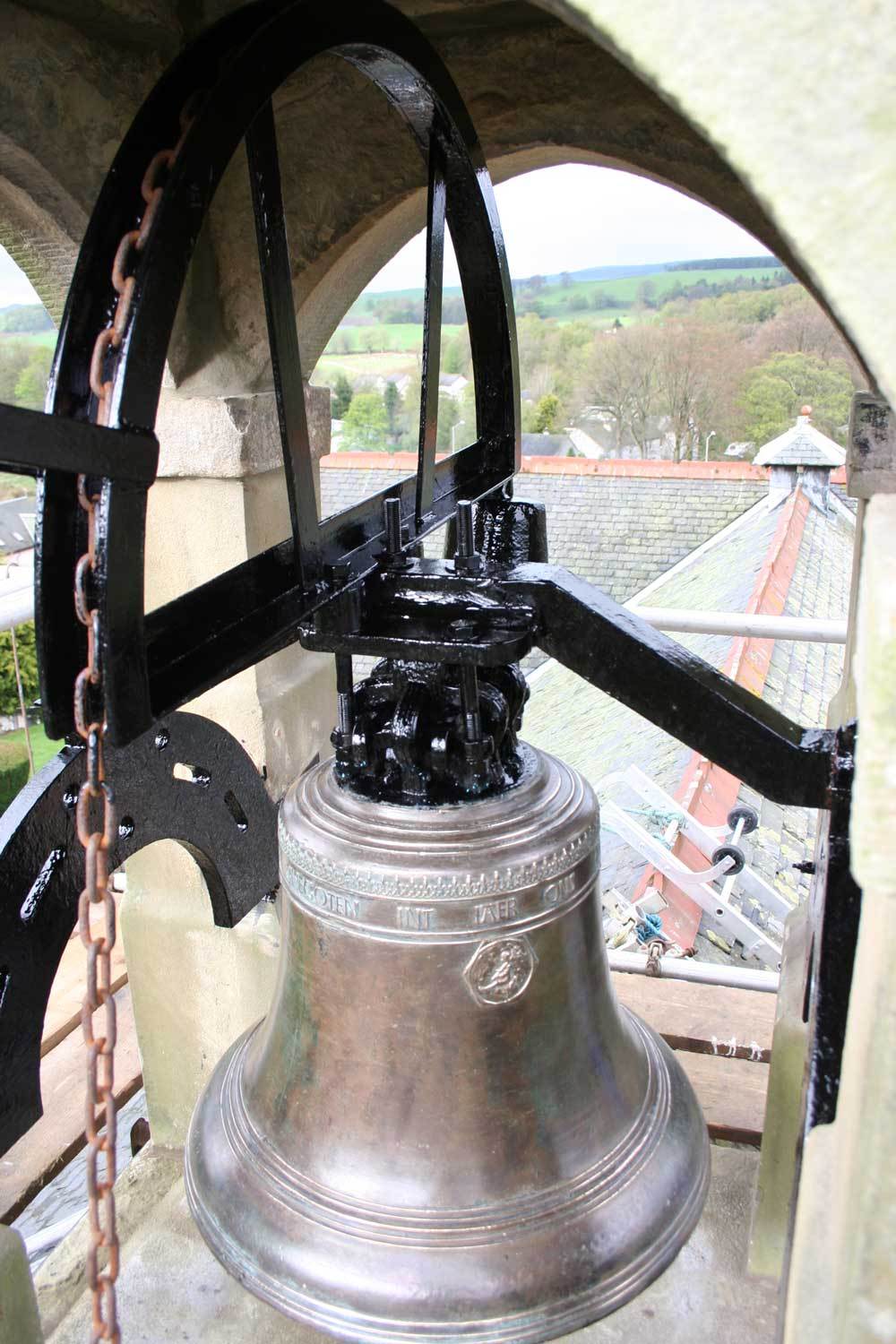