We recently completed a full belfry refurbishment contract on the stone belfry at Killin Church. Below you will find some pictures and details on the job.

The following pictures show the belfry before any work had been done. It was looking shabby and needed quite a bit of work. 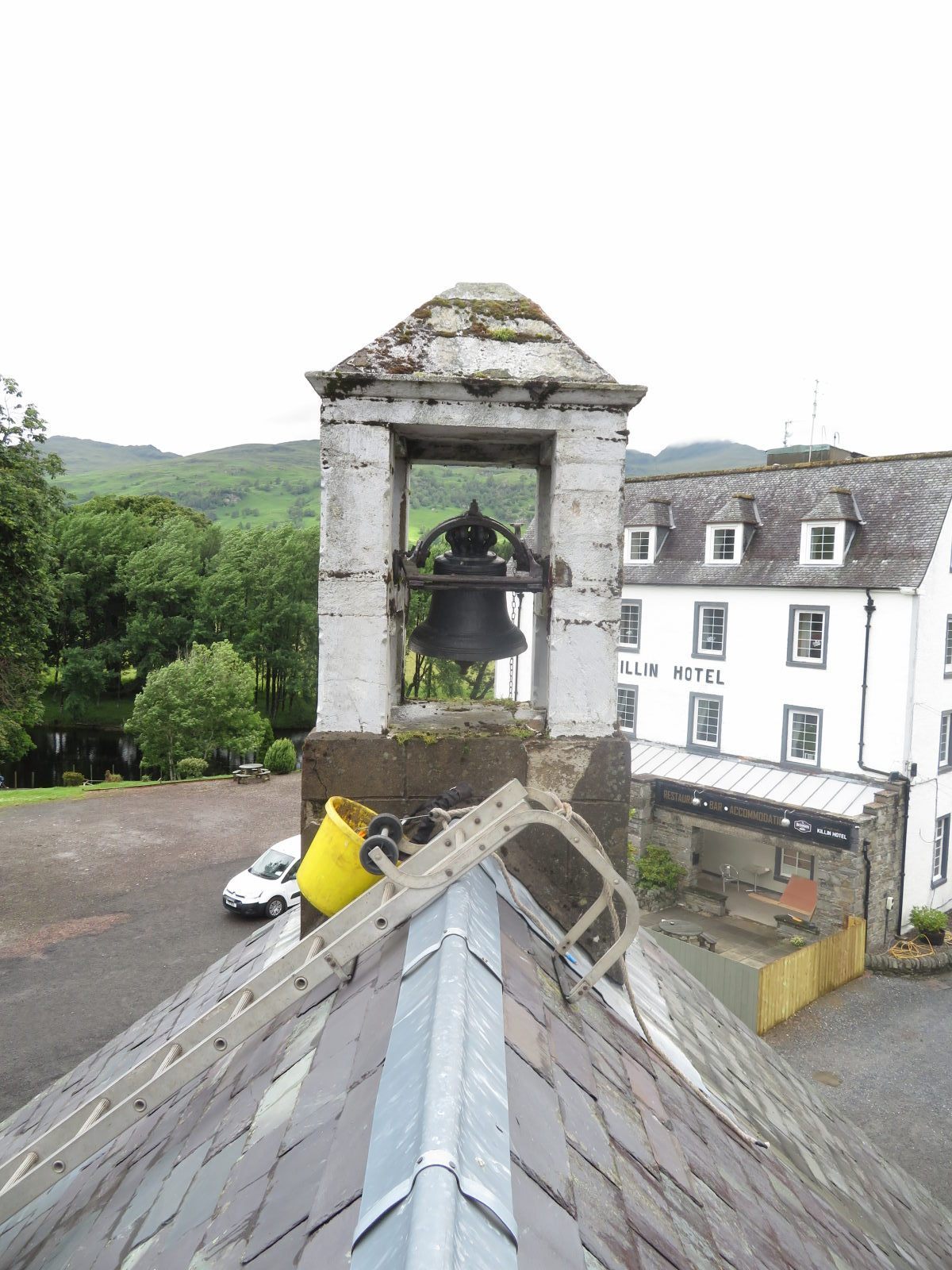 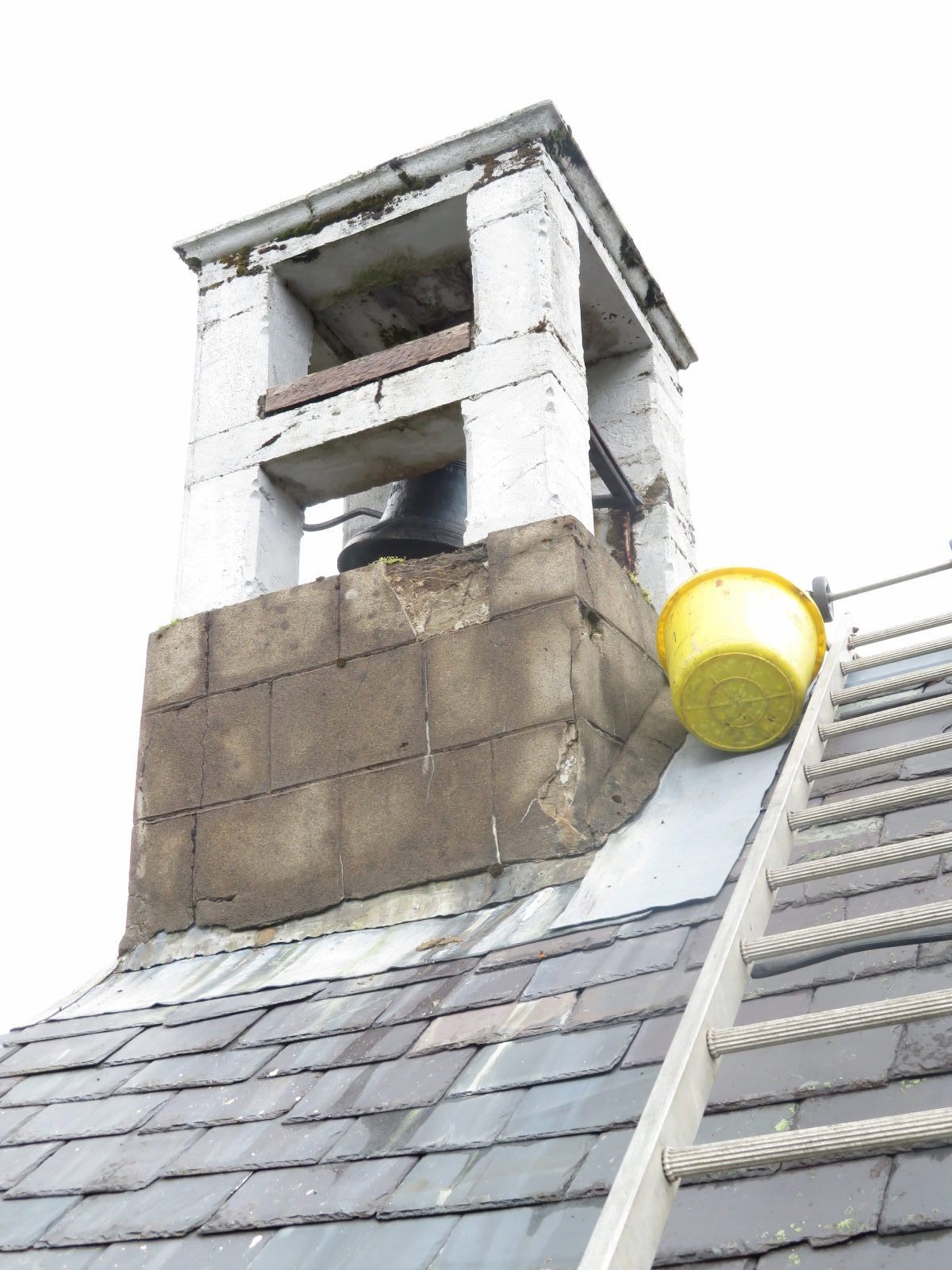 Note the ugly and defective cement render around the base. You will see quite a difference farther down the page. 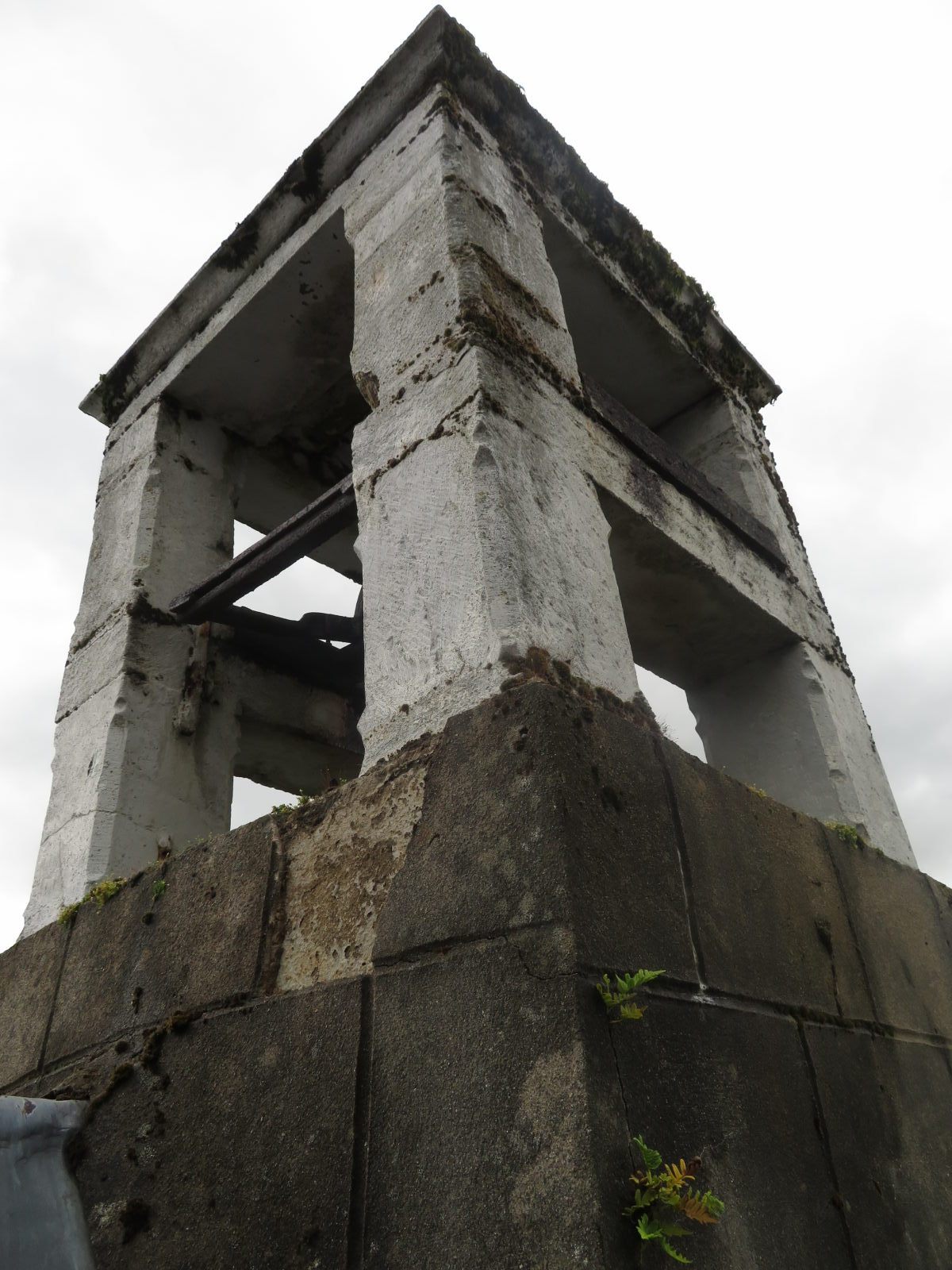 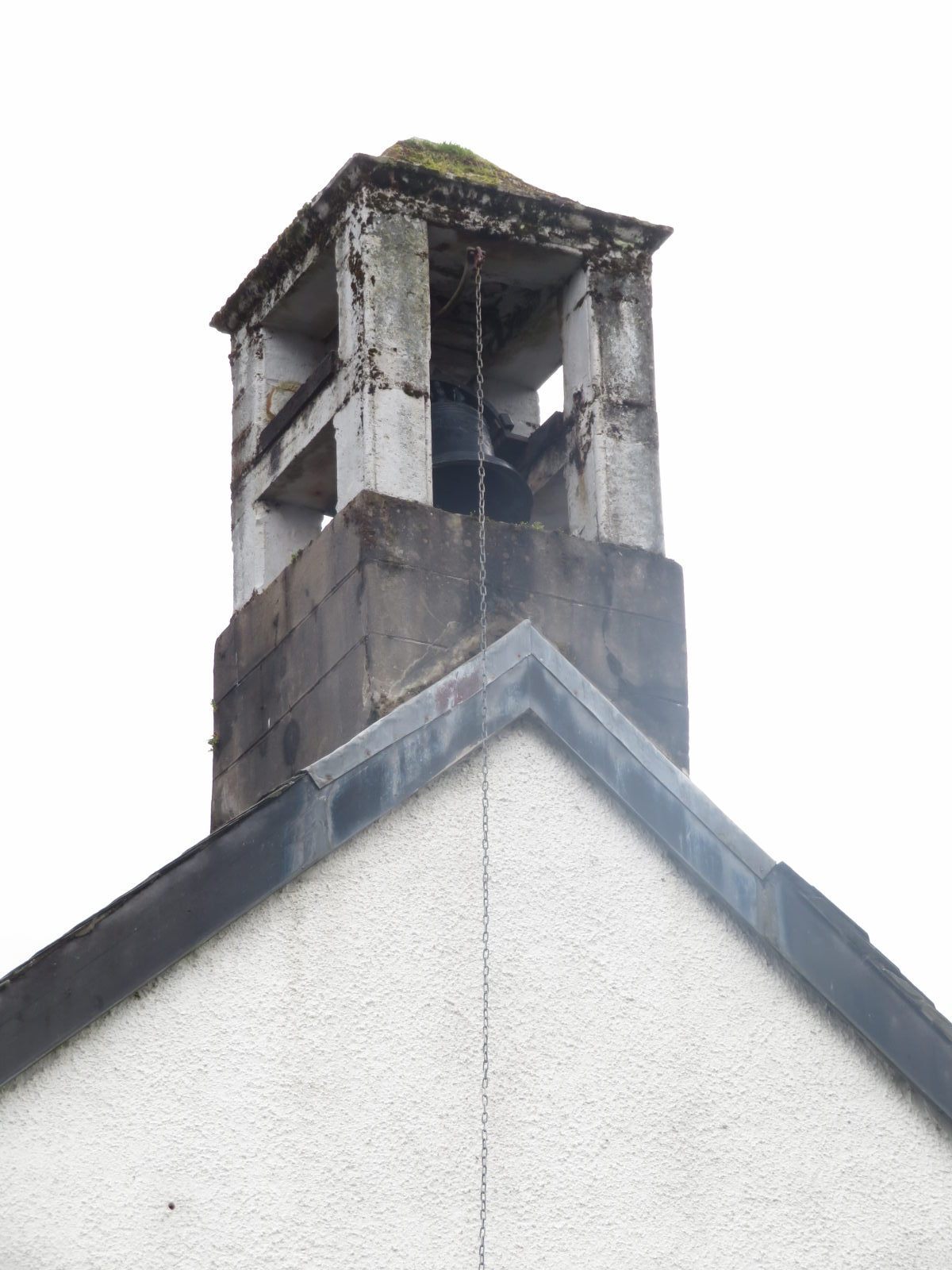 It wasn’t just the masonry that needed attention. The old hardwood timbers on which the bell mechanism sat were starting to rot, the bushes were rusty and without grease, and all of the bell mechanism metalwork needed descaled (rust removed) and painted. The whole mechanism was dismantled to allow all of this to be done. 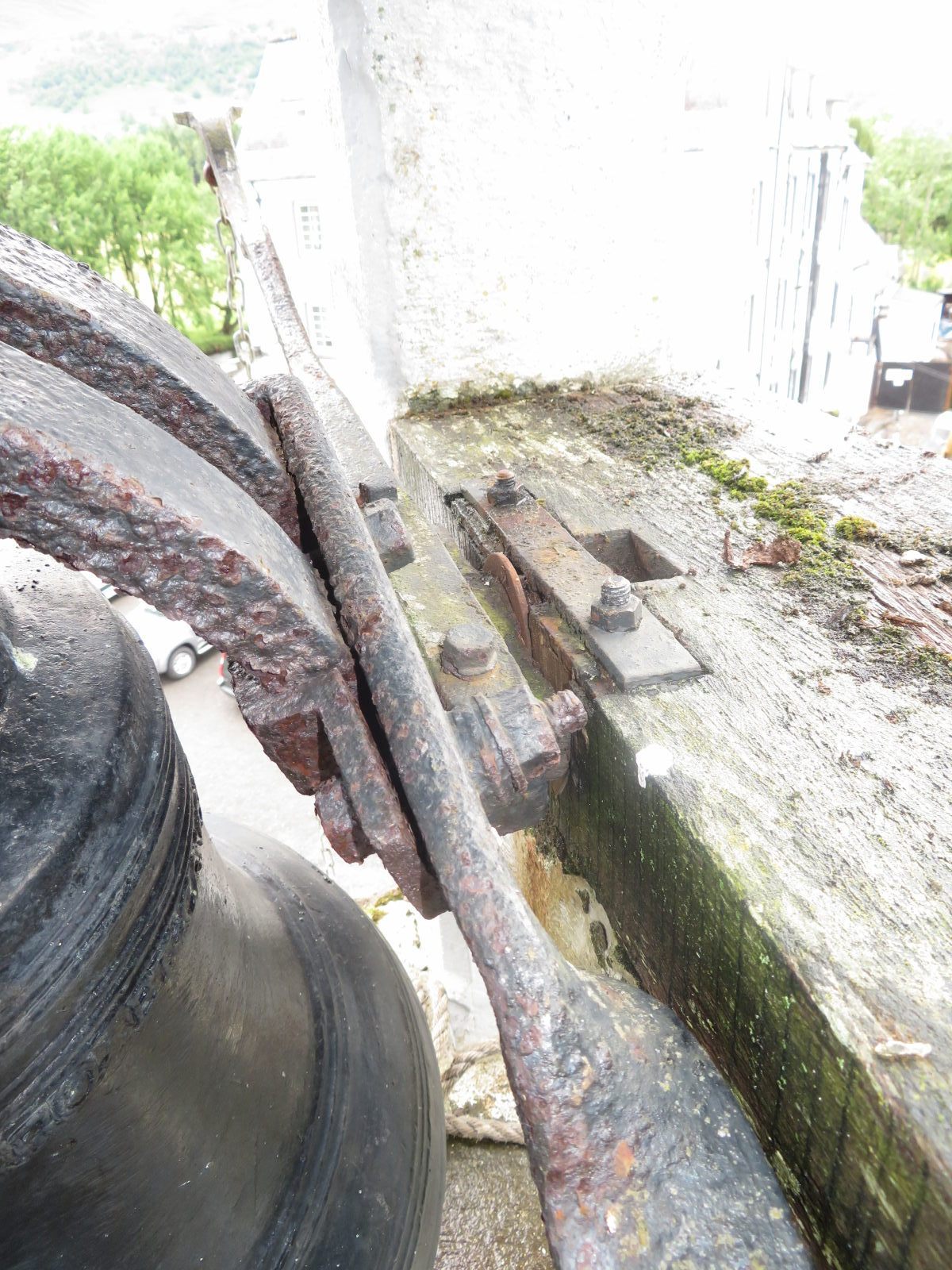 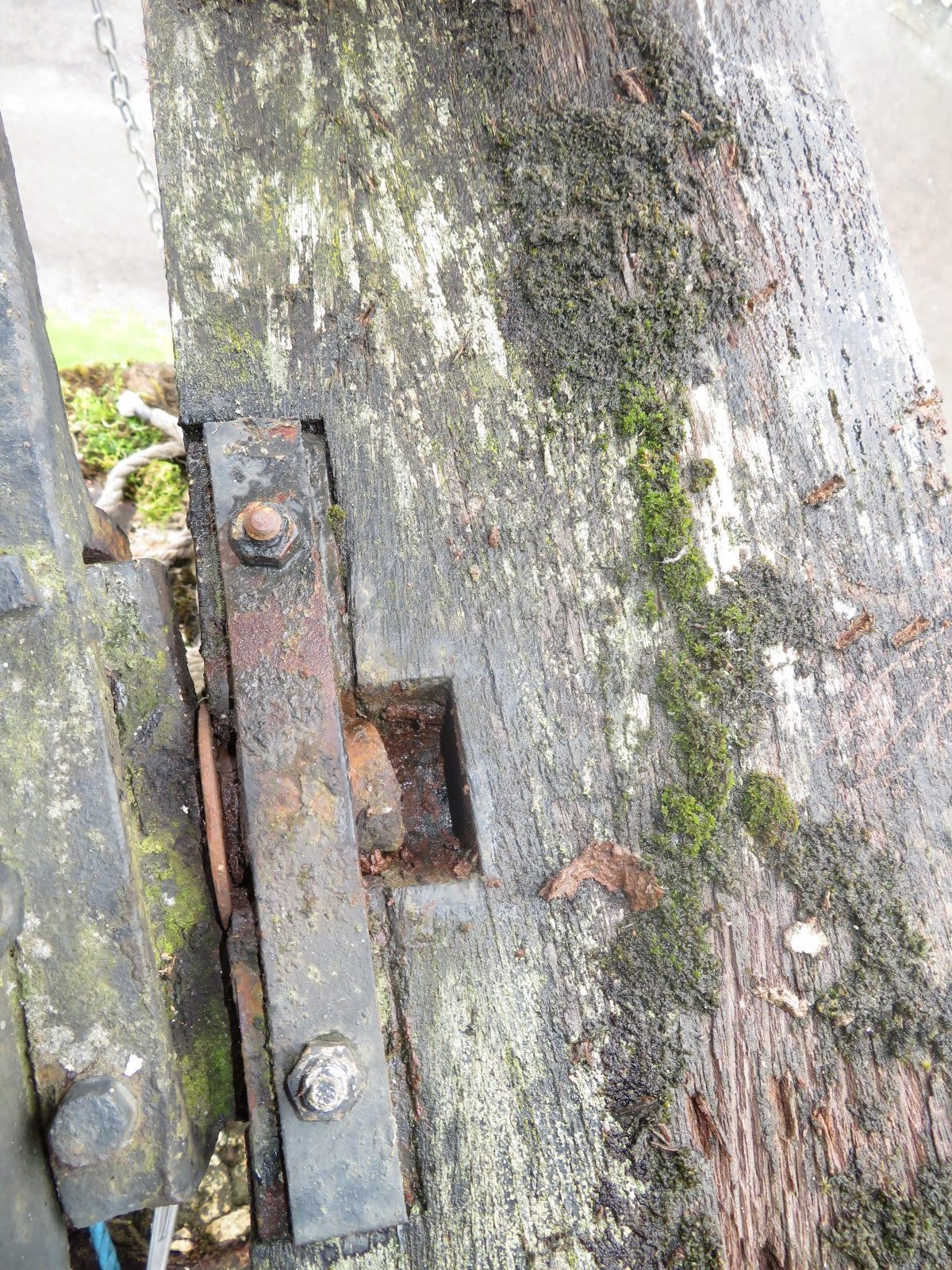 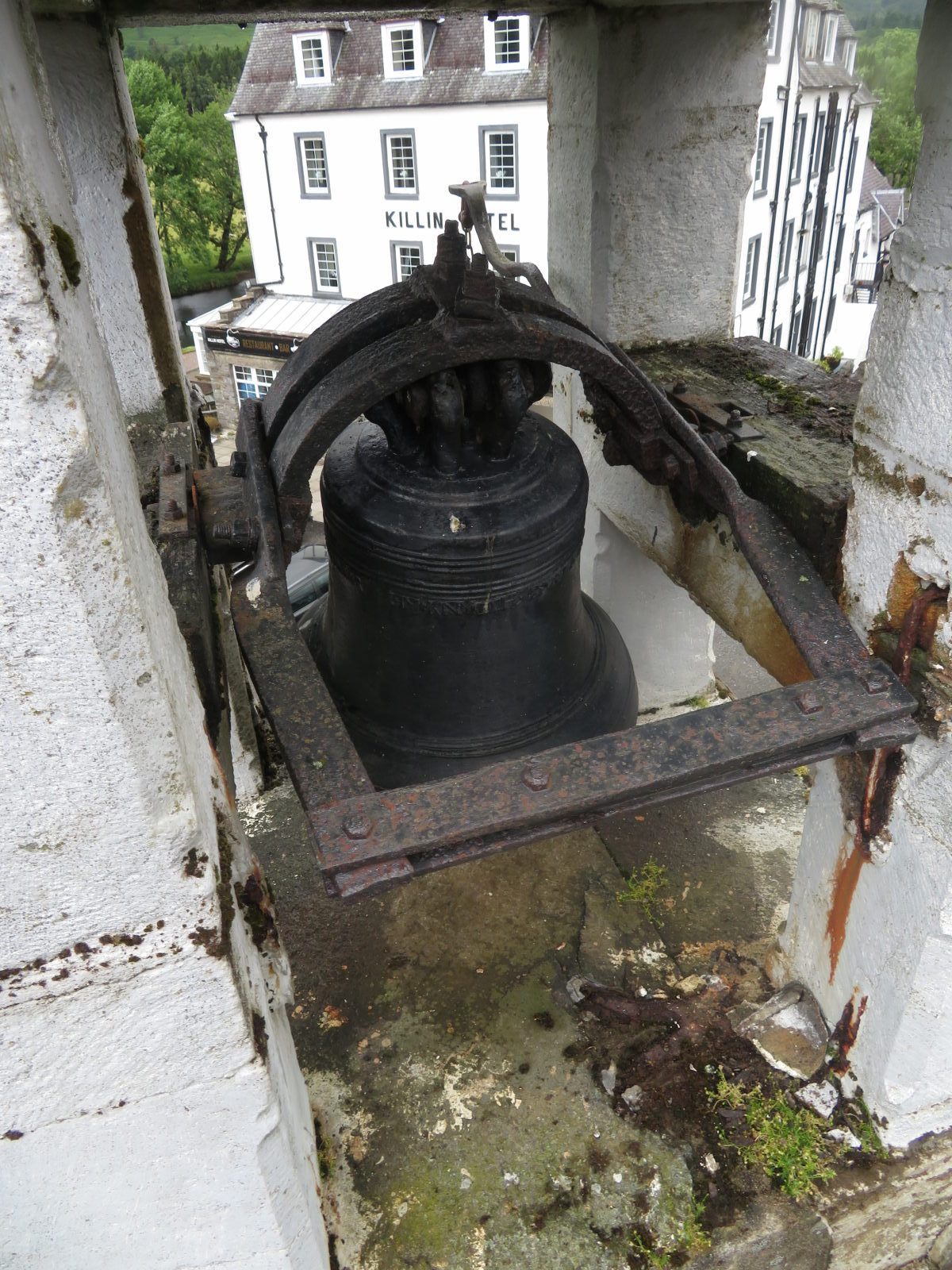 Someone at some time in the past had painted the bell black – which shouldn’t be done. Bell metal is a very attractive alloy and should not be painted. It’s golden and shiny at first, and then oxidises to a pale green colour. 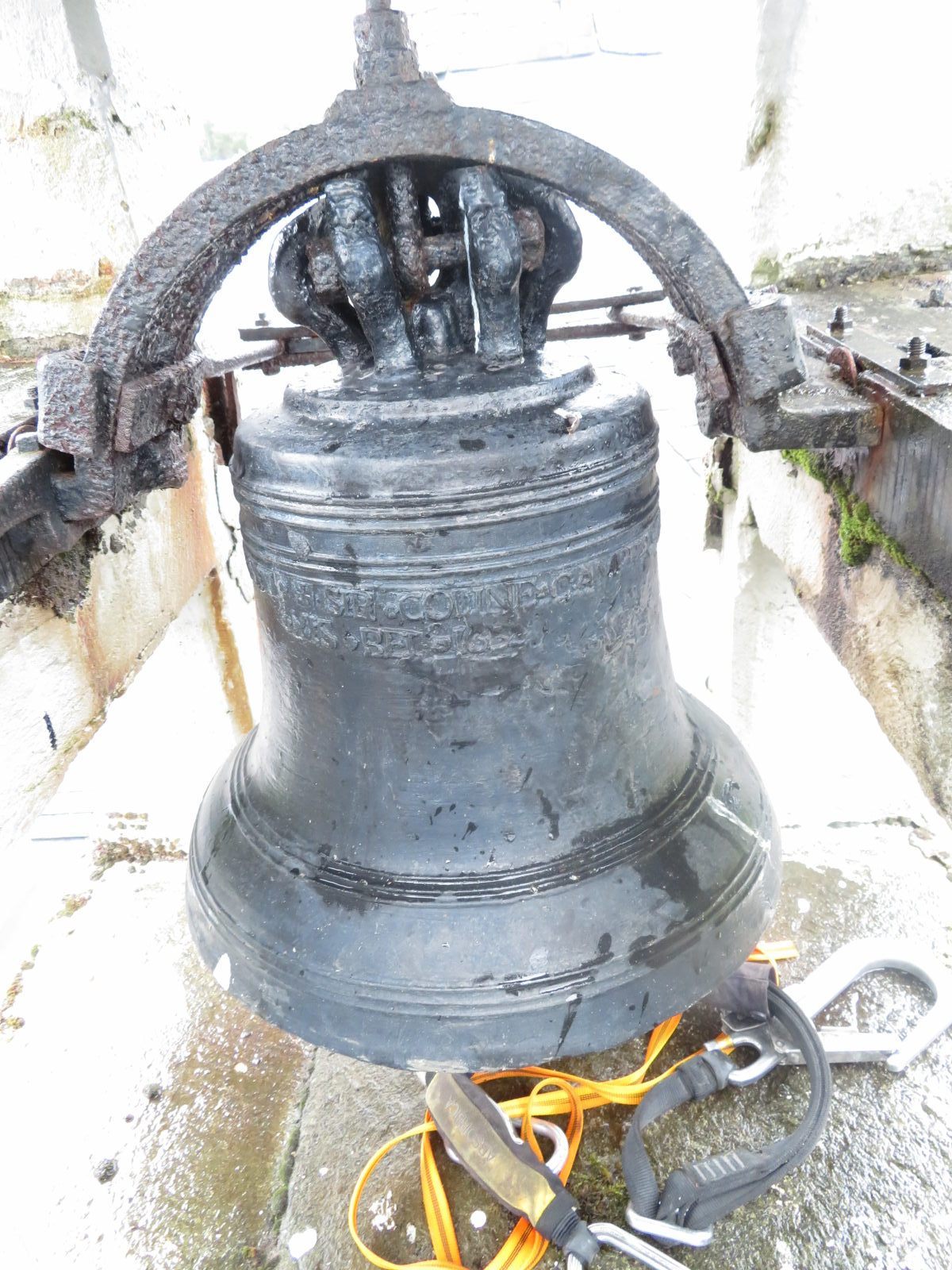 Also, the shackle that attached the chain to the ringer arm had almost worn through the eye on the end of the arm – it would have fallen off soon. We took this to our blacksmith for repair. 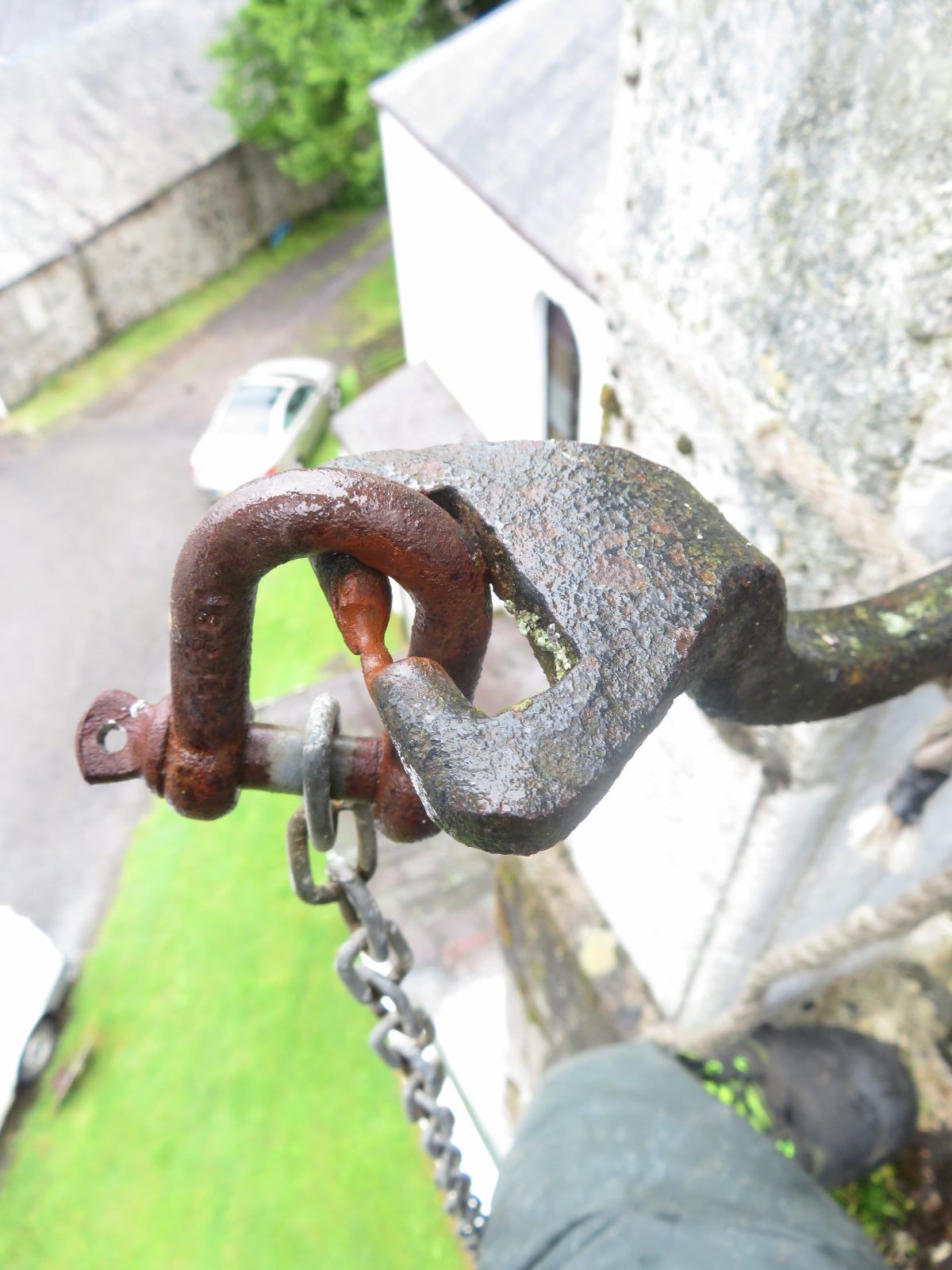 All of the following pictures were taken during the contract or once it was completed.

Here you can see the old timbers next to the new lengths of Oak. We did the timber shaping work on site – inside the church.

The grinder is there for descaling of the metal bushes. 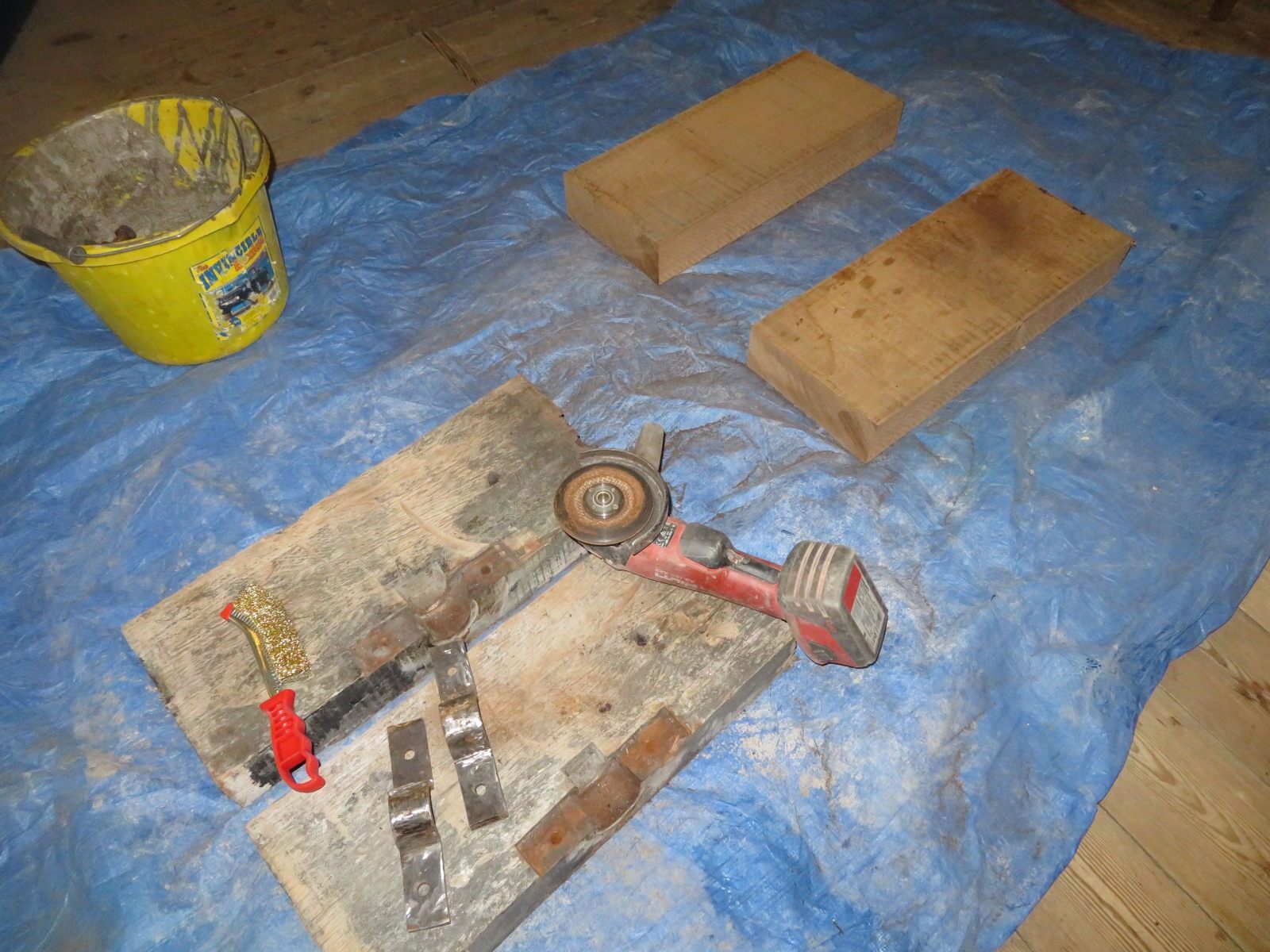 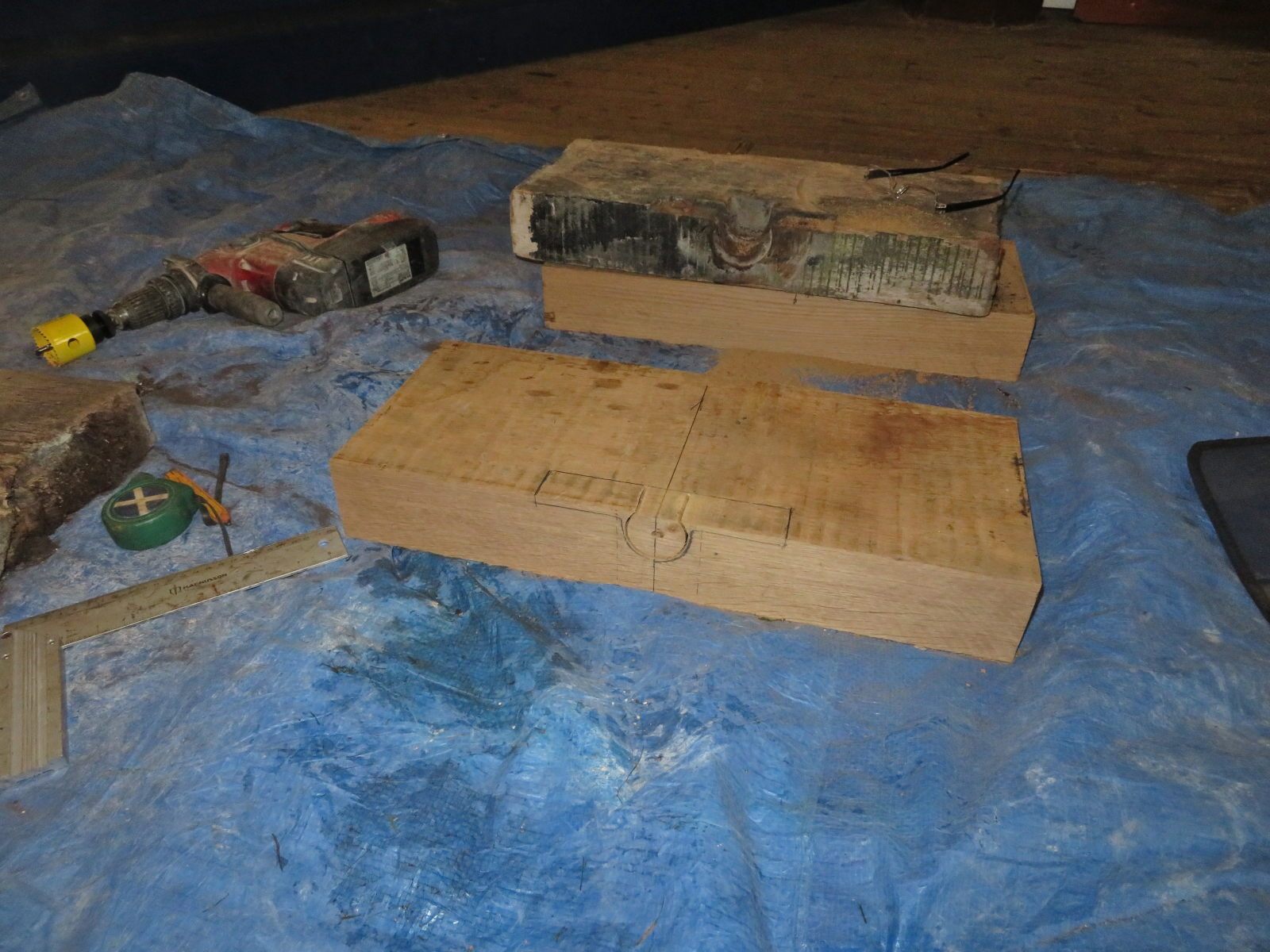 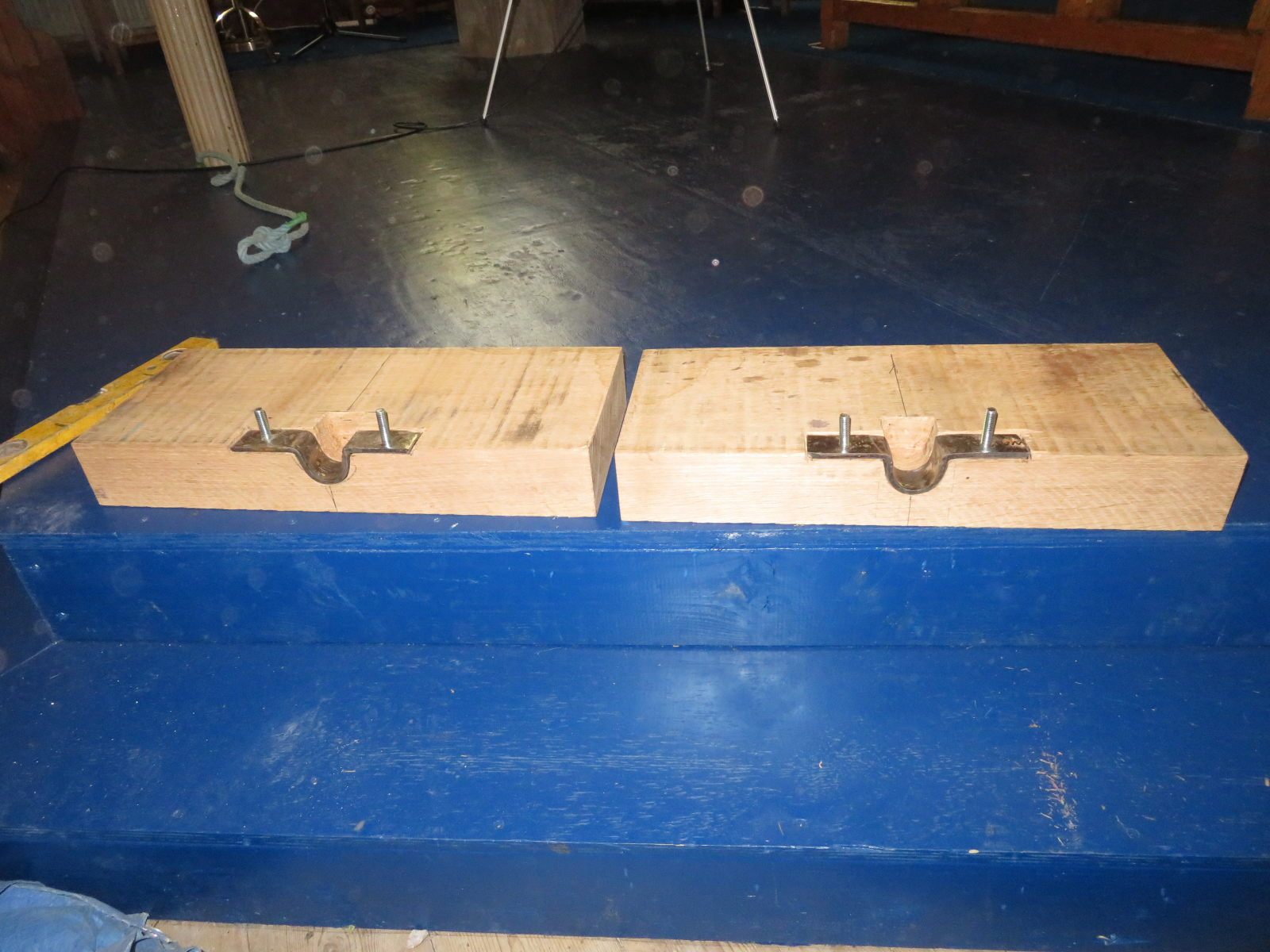 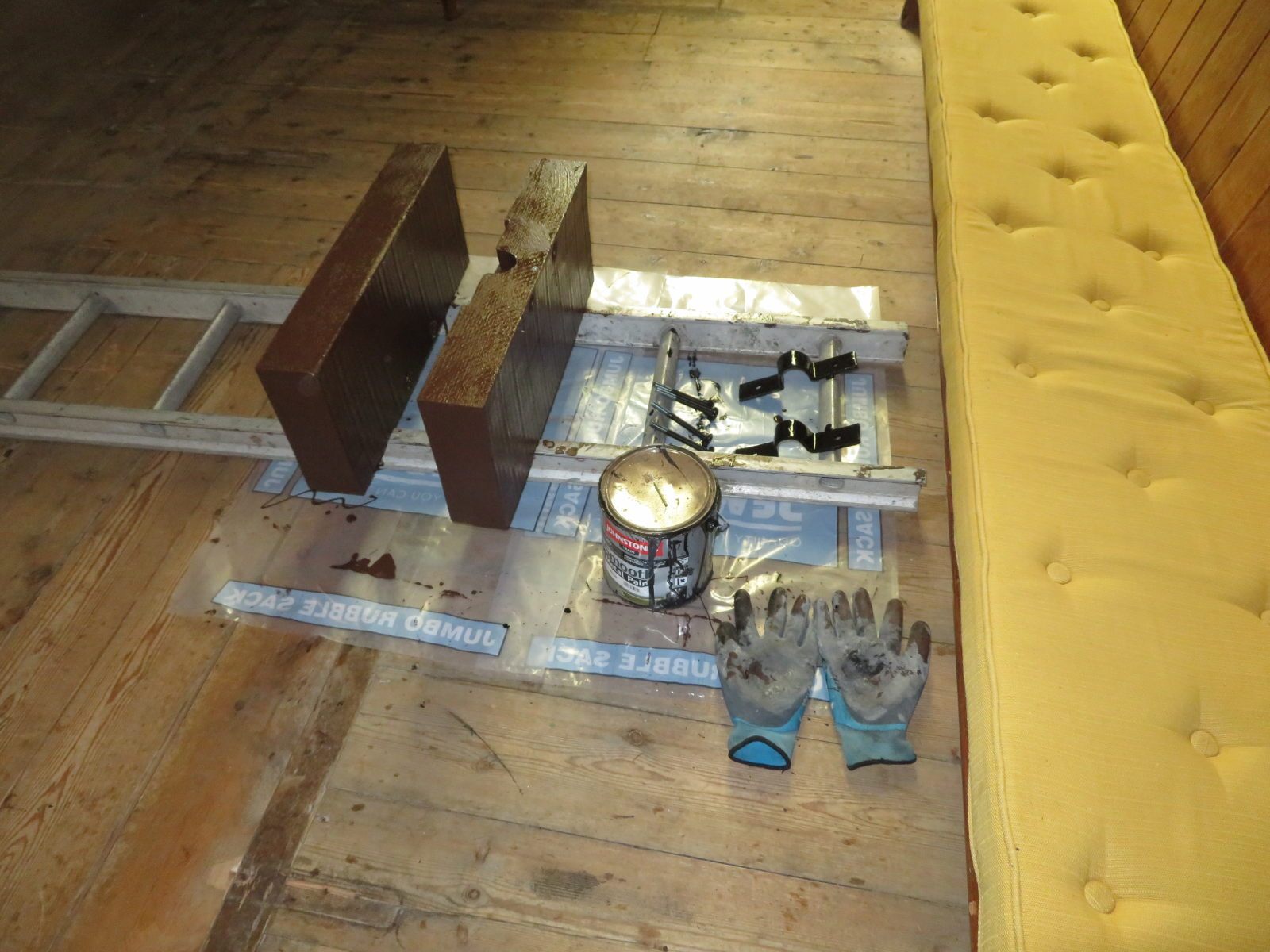 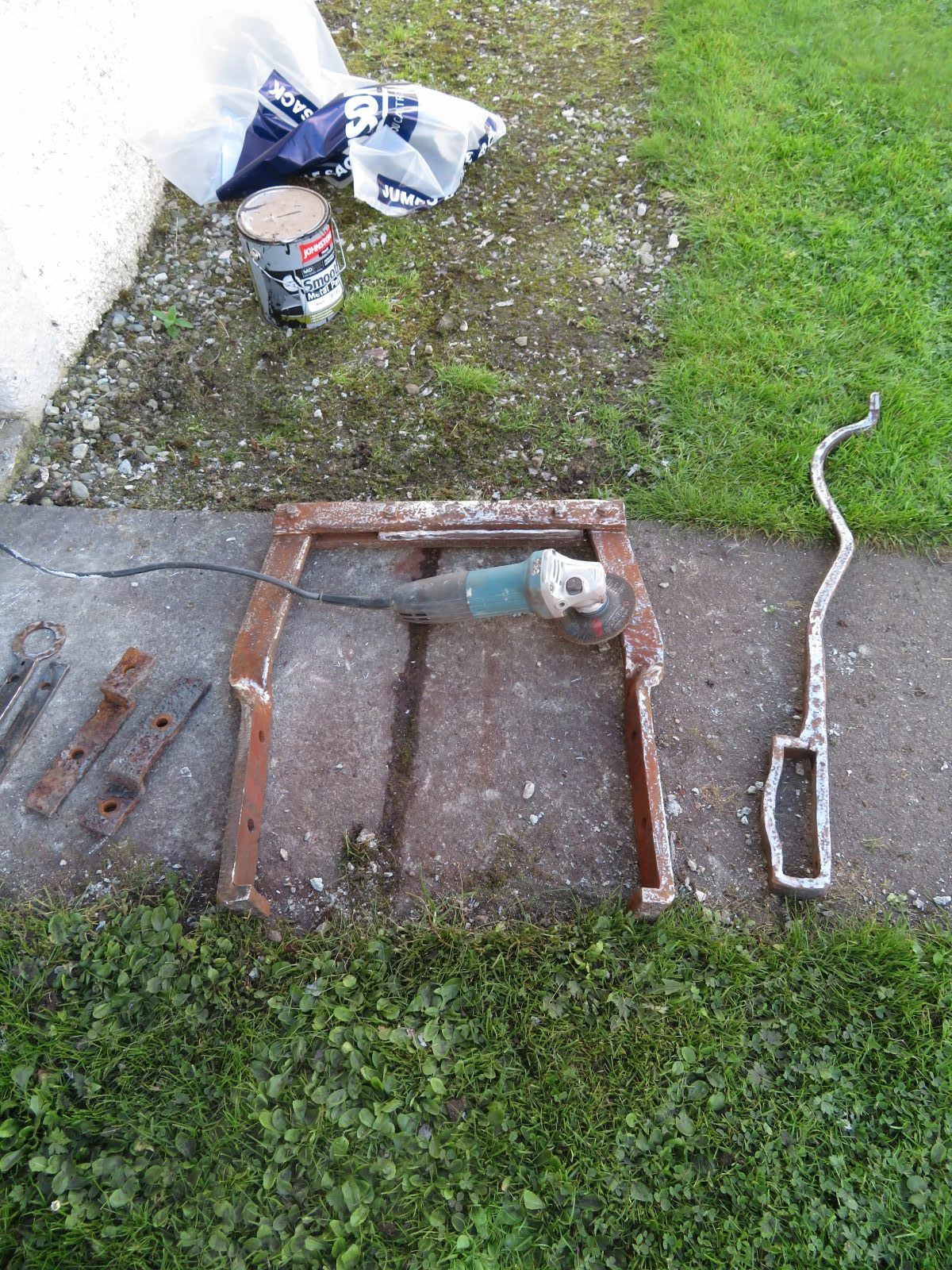 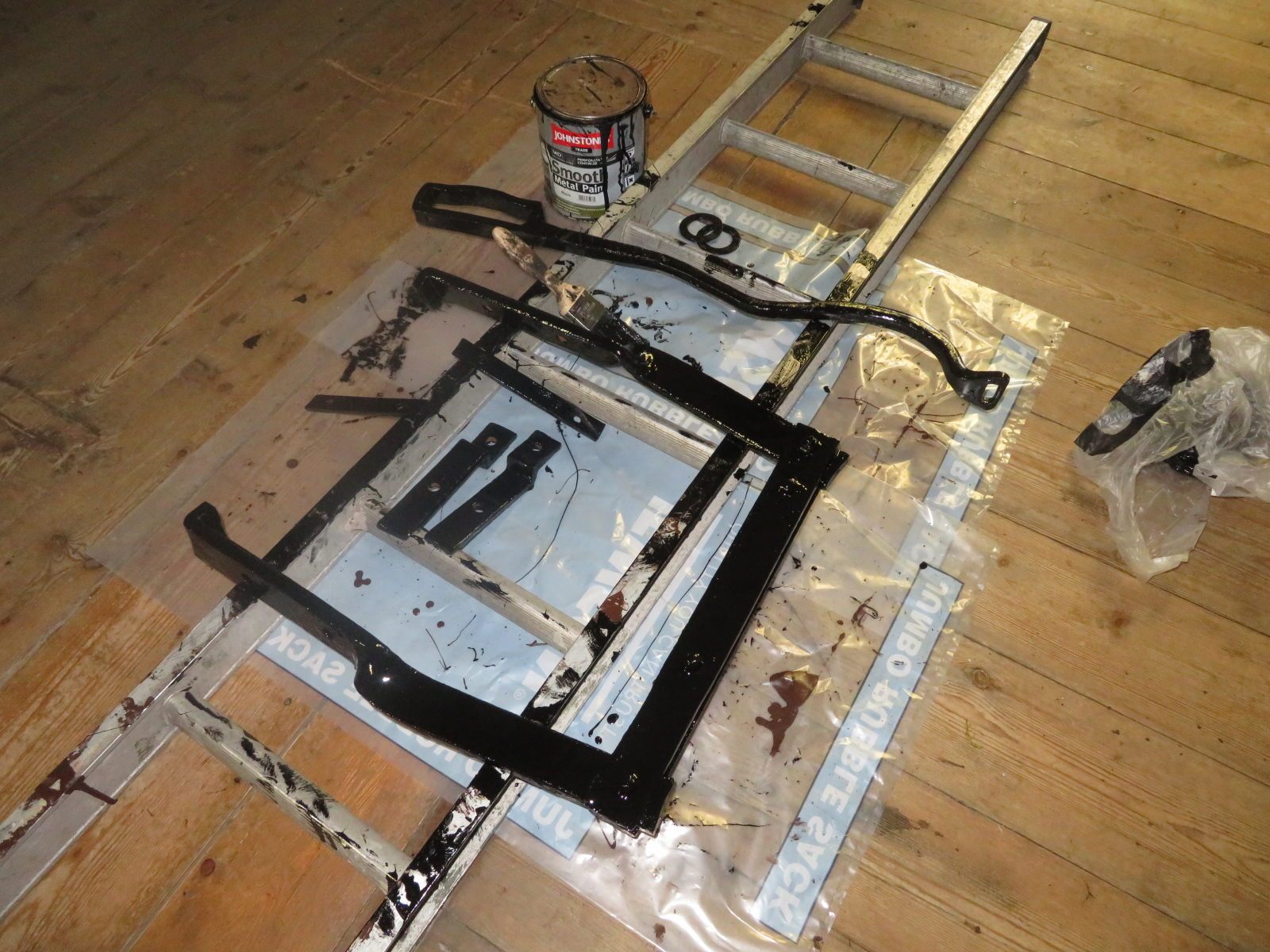 Timbers in position on the belfry. The old bolts that had held the old timbers were rusted and in danger of cracking (rust-jacking) the masonry. To prevent this they were completely removed from the stones into which they were located and replaced with new stainless steel threaded rod (resin anchored into position).

This was not the only metalwork we removed from the belfry. There were a whole lot of iron cramps in the stonework too – some of which were doing quite a bit of damage. Any ferrous metal inserted into stone will crack it given time. It’s unfortunate that this has been done to so many old structures. Non ferrous metals should always be used (copper, stainless, bronze – any will do and none will ever crack the masonry into which it’s built).

As you’ll notice the belfry is now very white. It had had it’s first coat of masonry paint by this time. 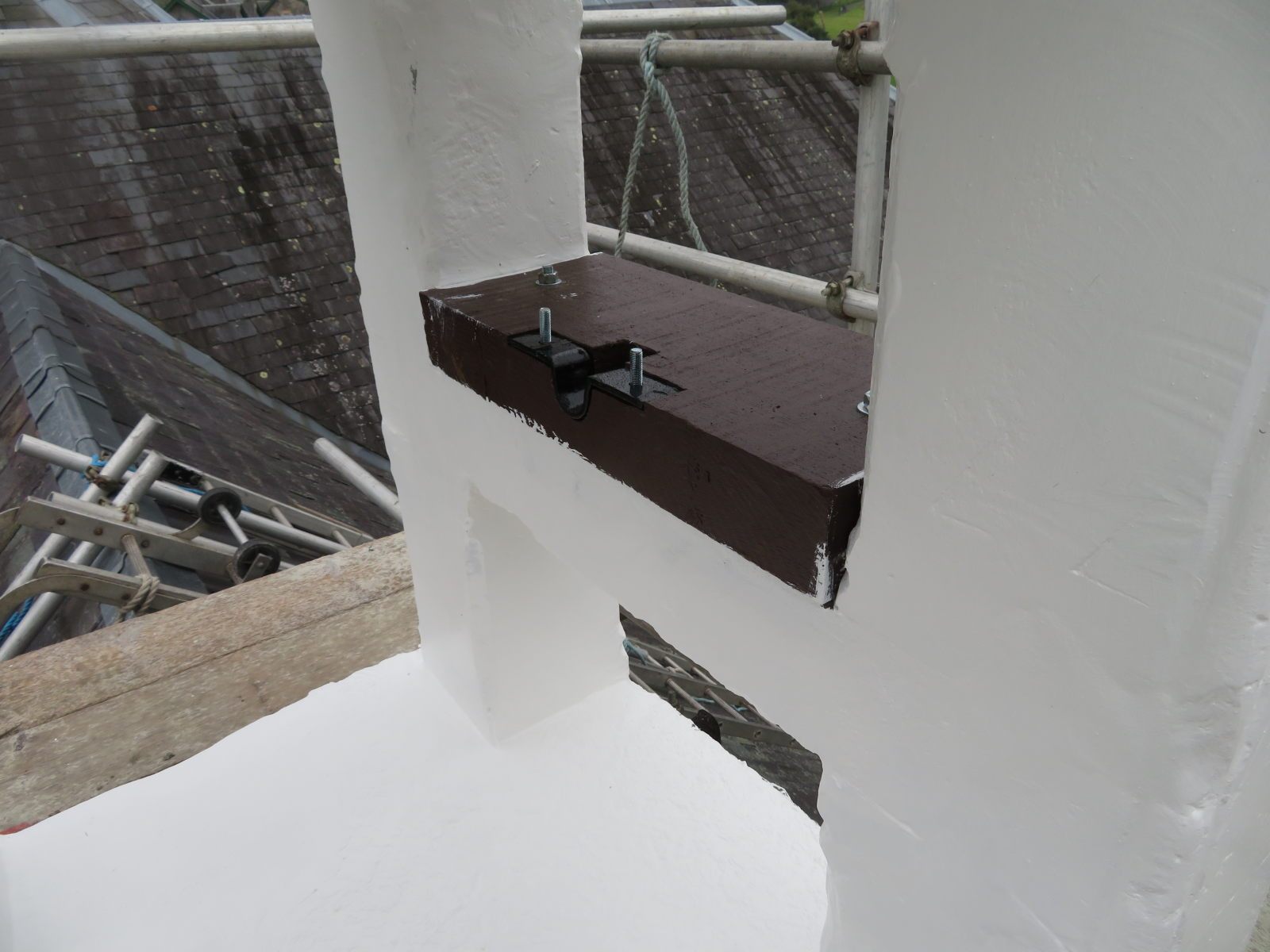 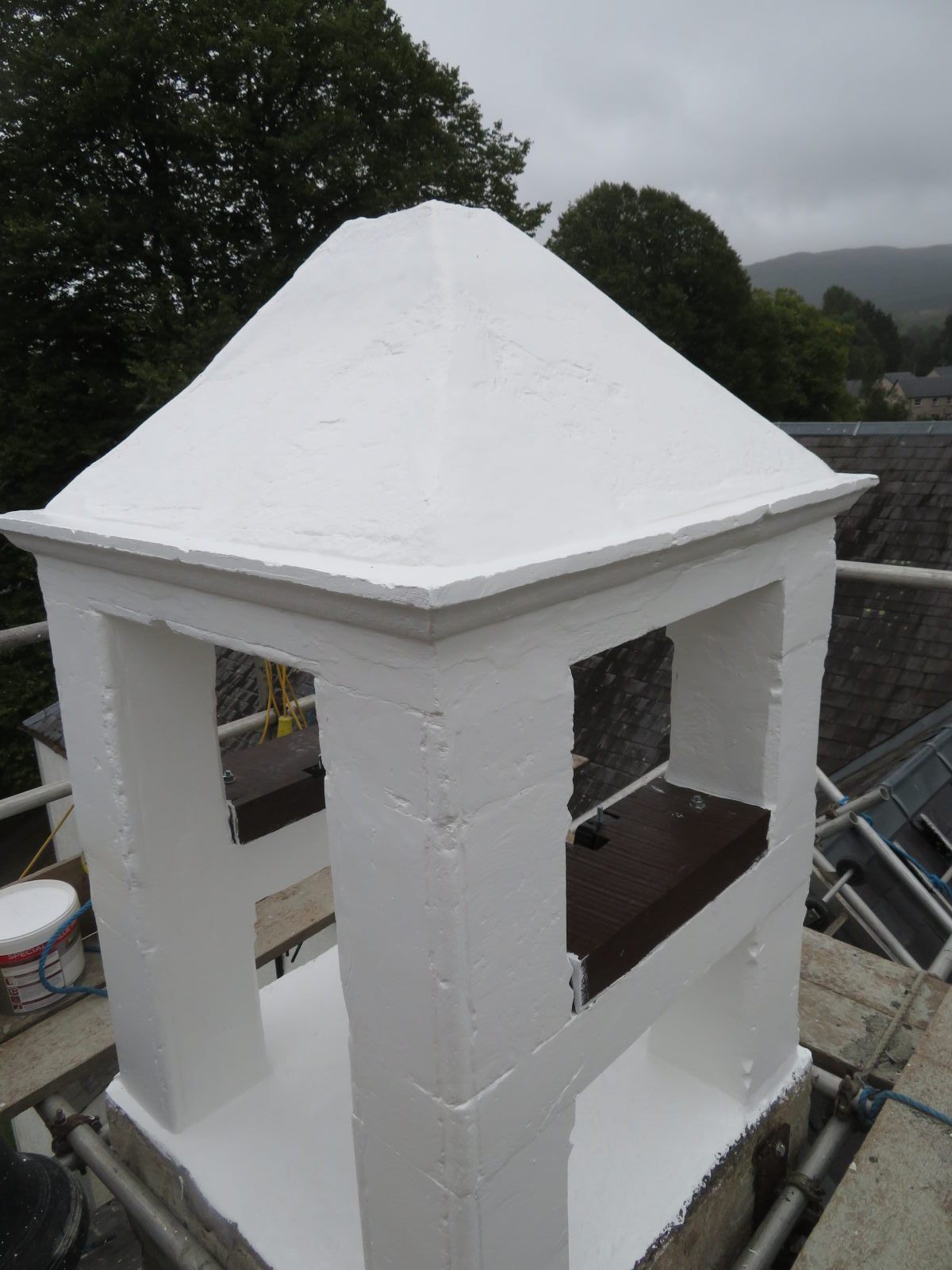 A lot of time was spent descaling the bell axle and the bell itself. The job is mostly completed here. 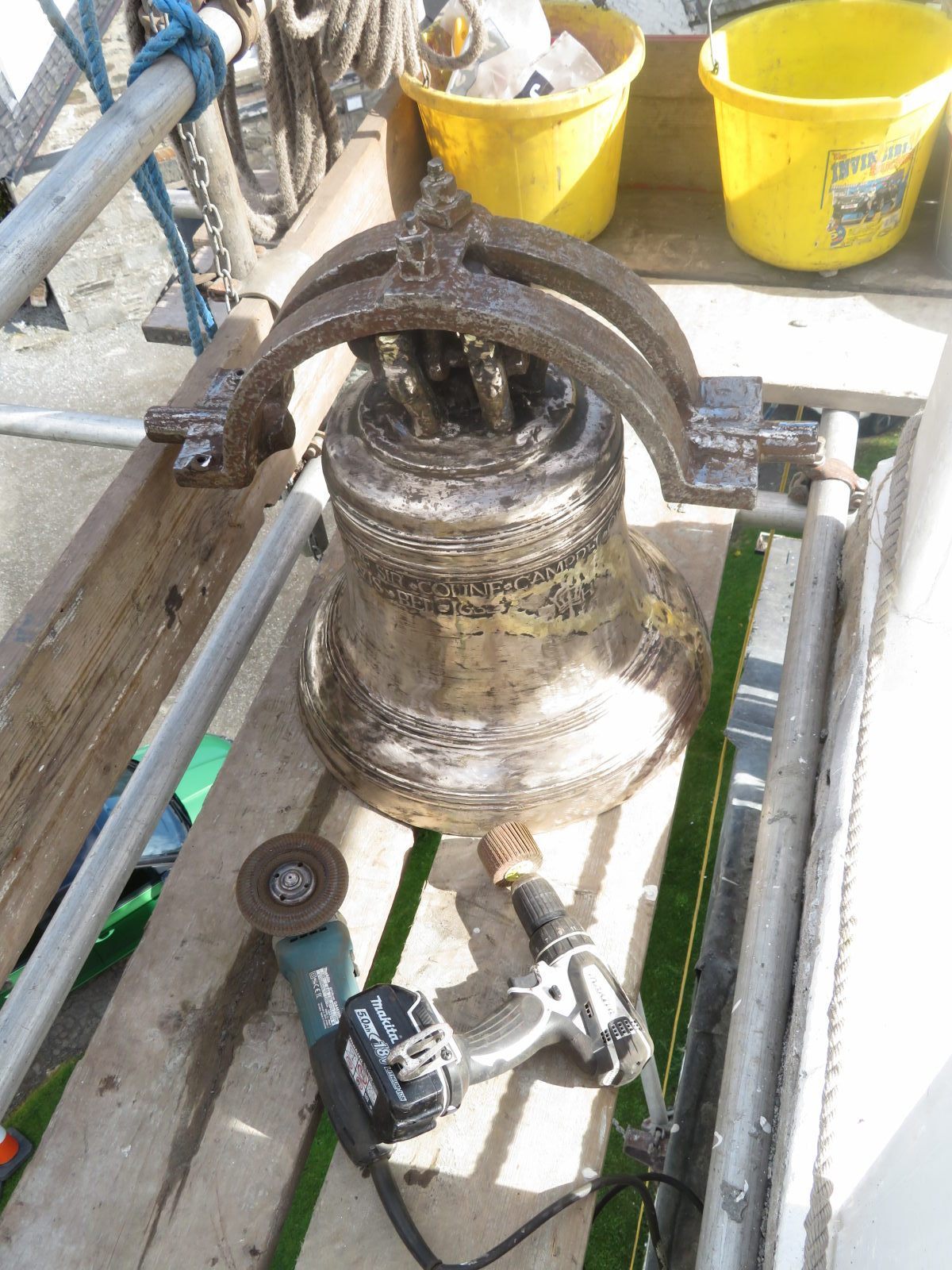 Bell wrapped in hessian to protect it from paint drips as the painting of the axle and timbers was done. 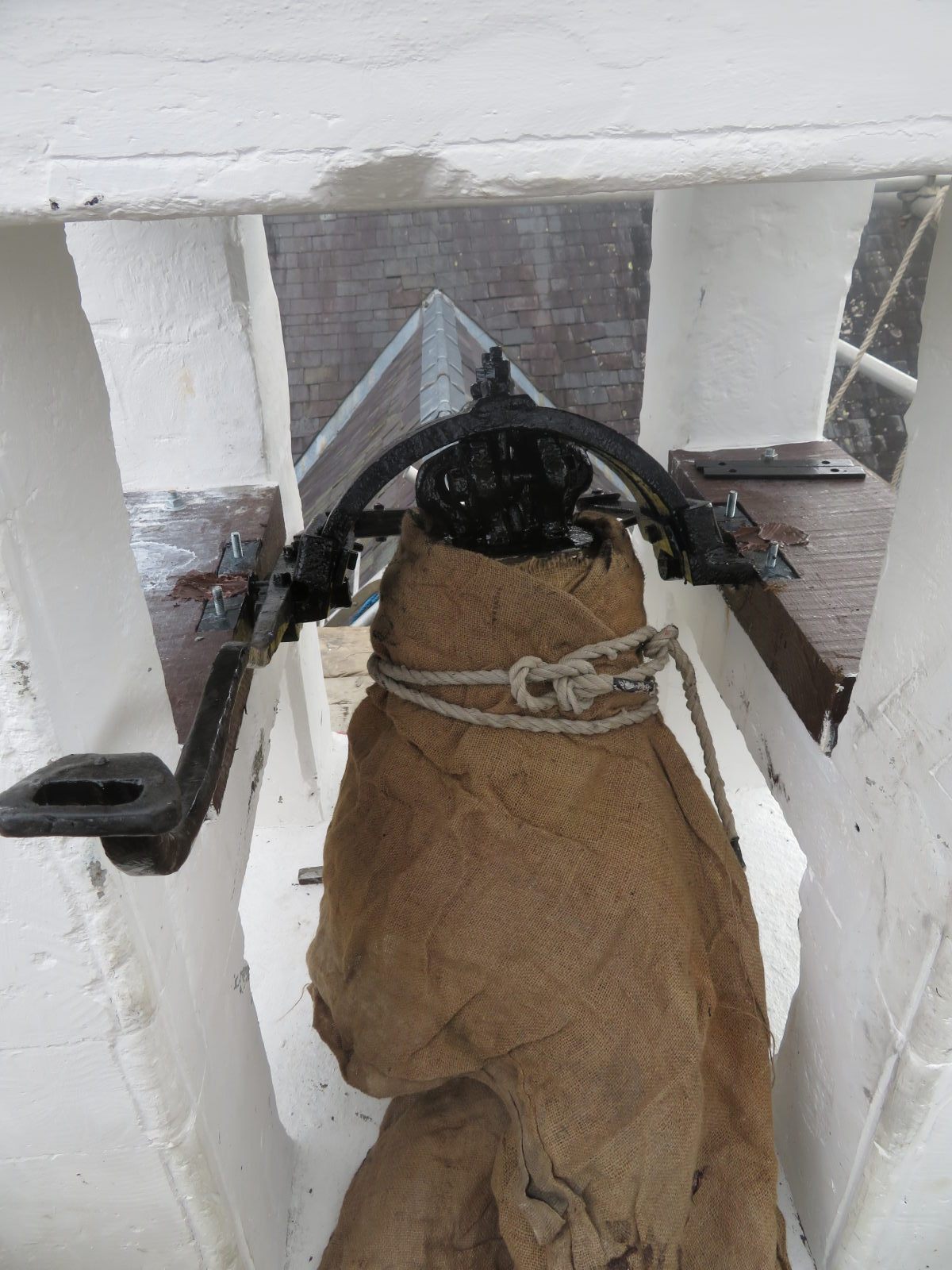 This shot shows everything fully painted. 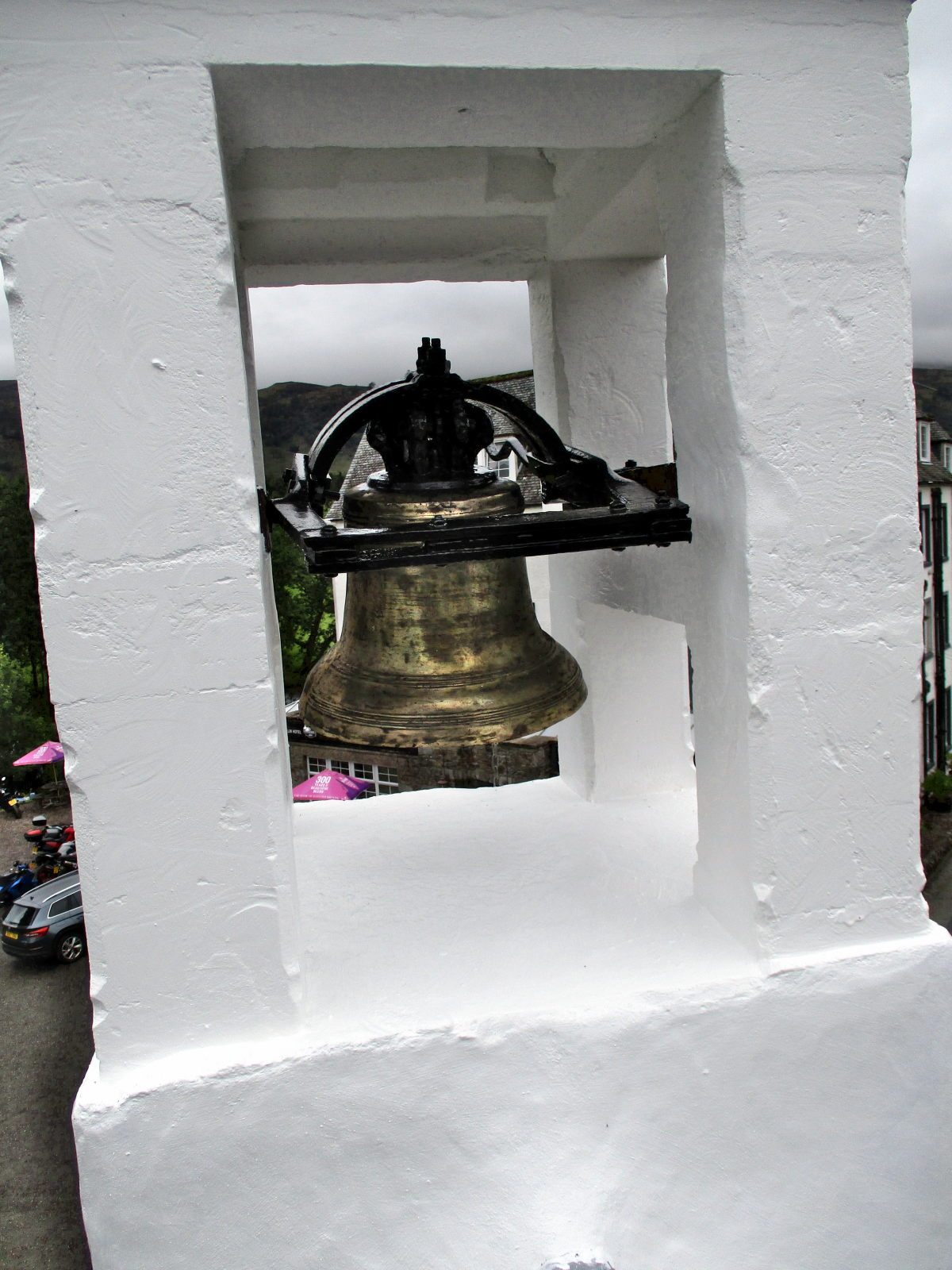 I took this as I was going round on the abseil ropes touching up the masonry paint on the last day. 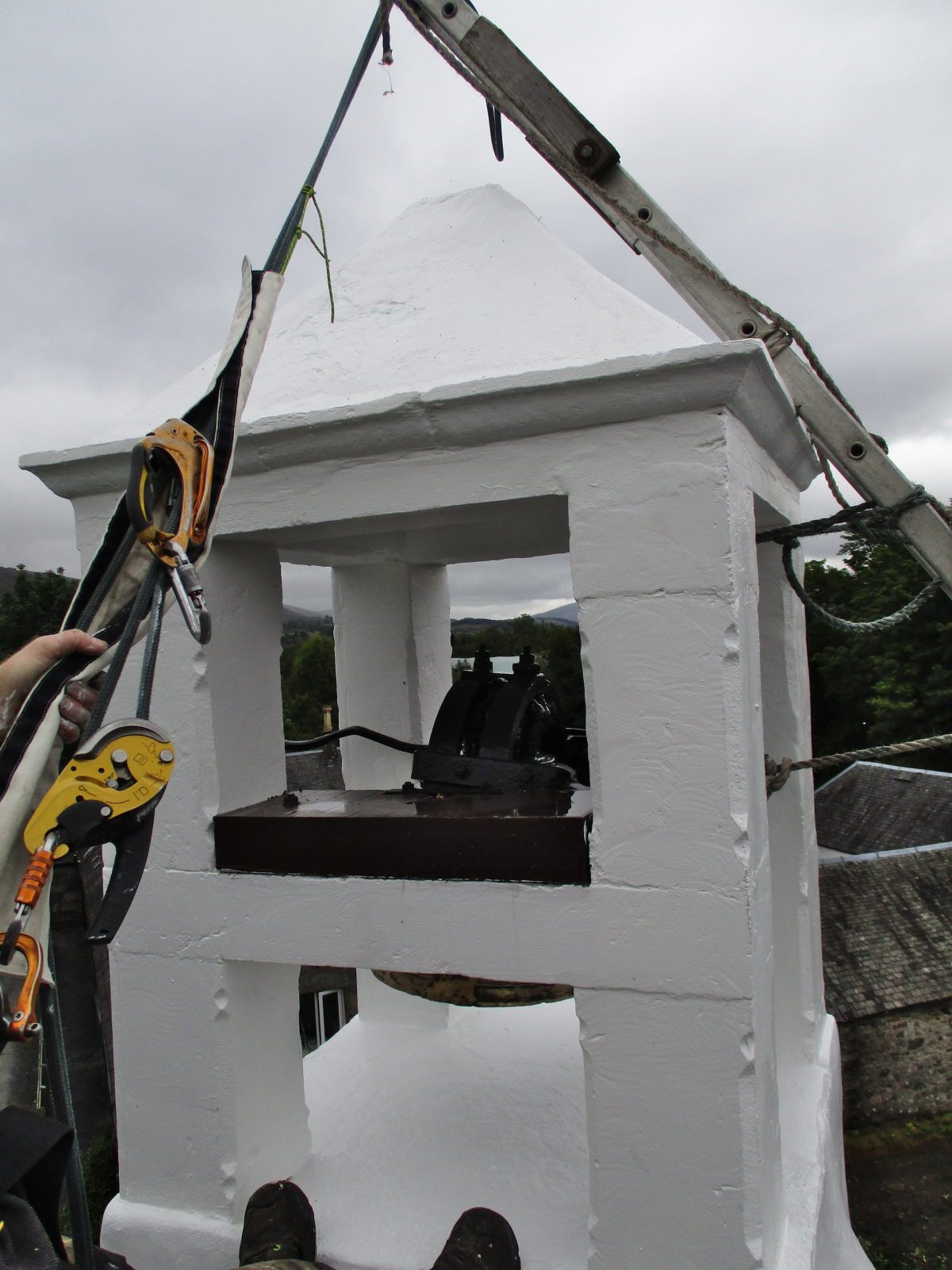 This is the scaffold from which all the tasks you’ve seen so far were done. Once it was off the next job was to finish the removal of the old cement render around the base of the belfry and replace it with a cement free lime render from Mason’s Mortar (Facade 400 – an excellent material that will not harm the masonry). 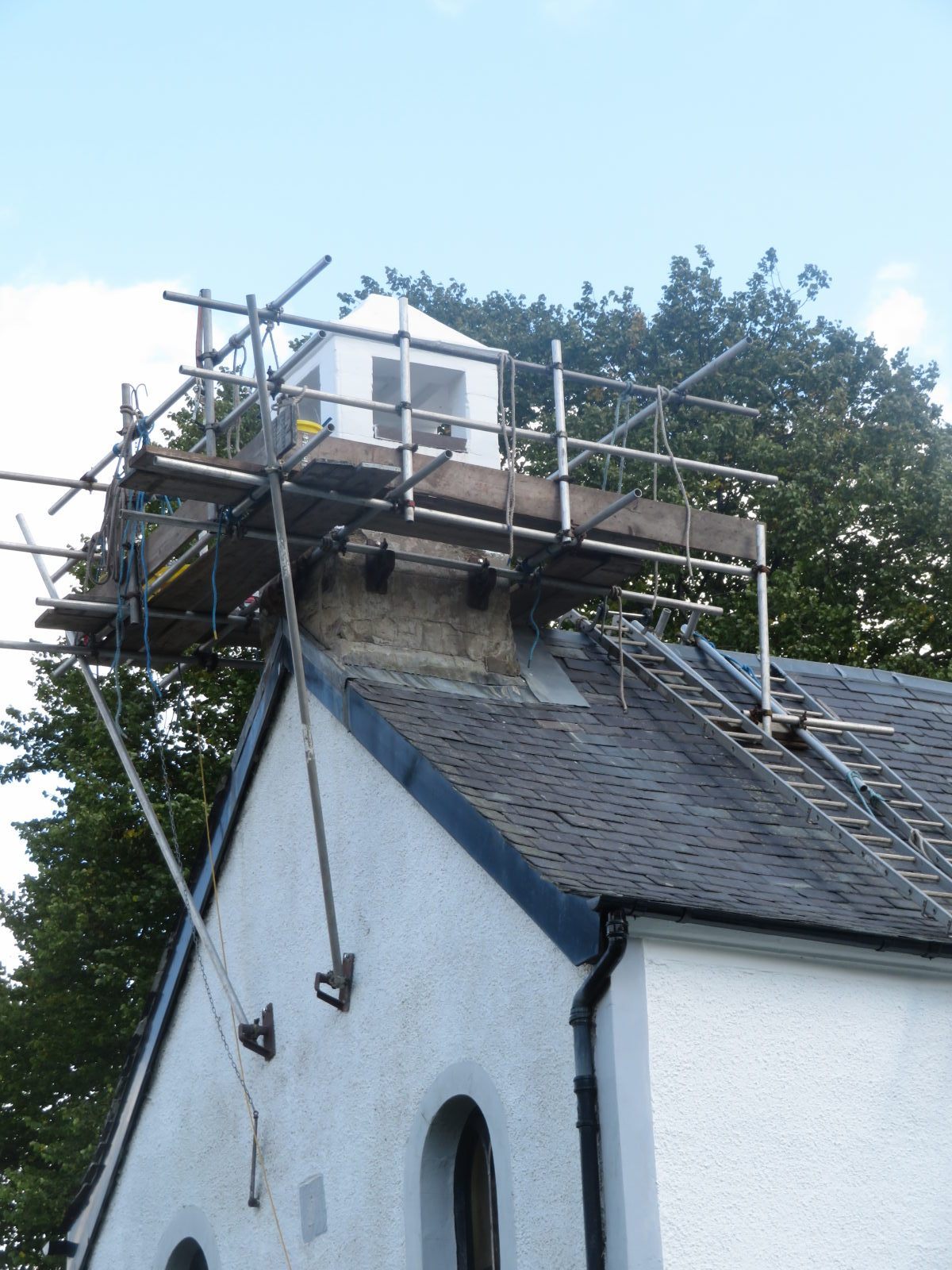 Render coat applied but not yet painted. 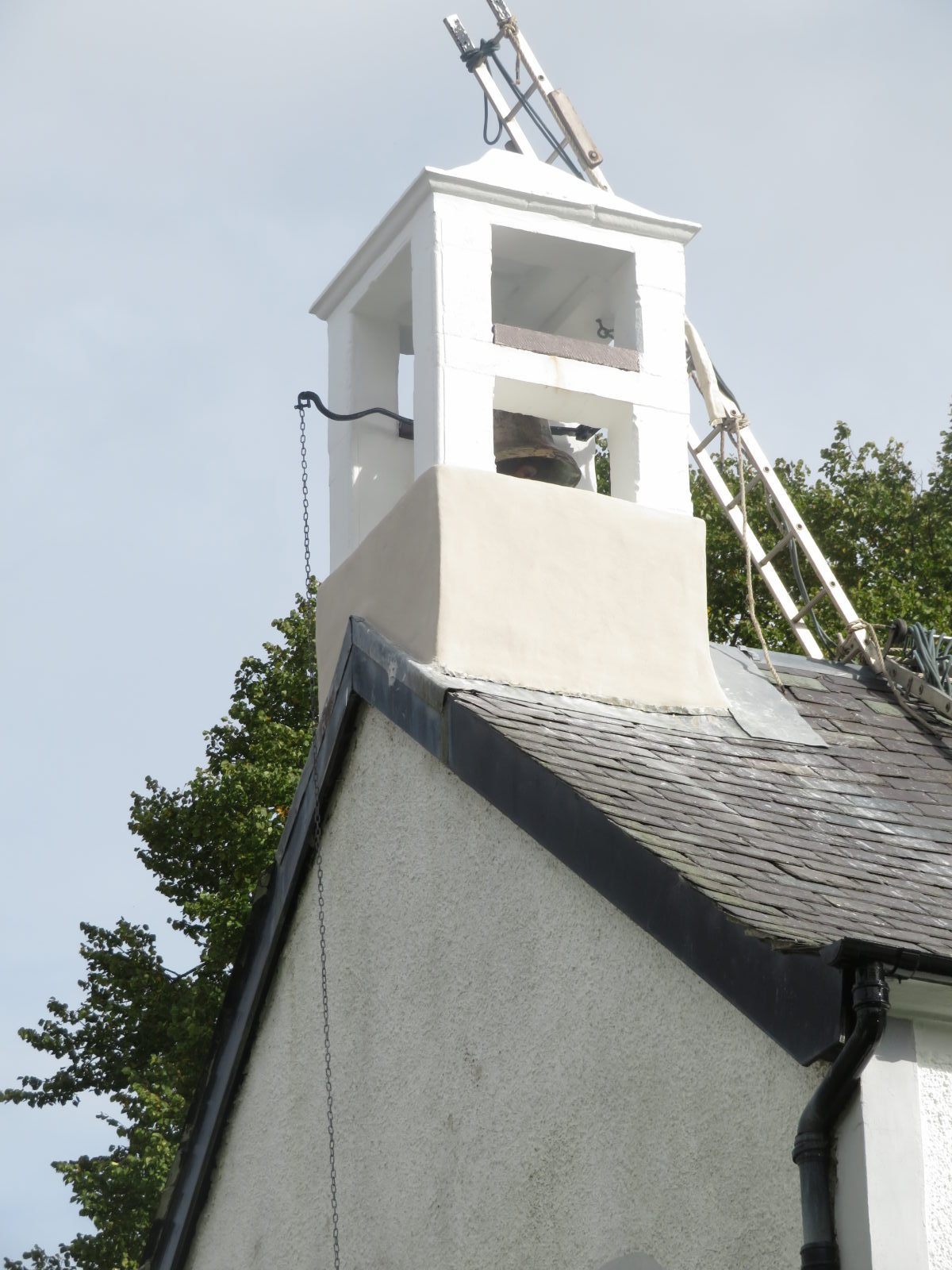 All the following pictures show the completed job. The rendered base section has now been painted white to match the rest of the structure. 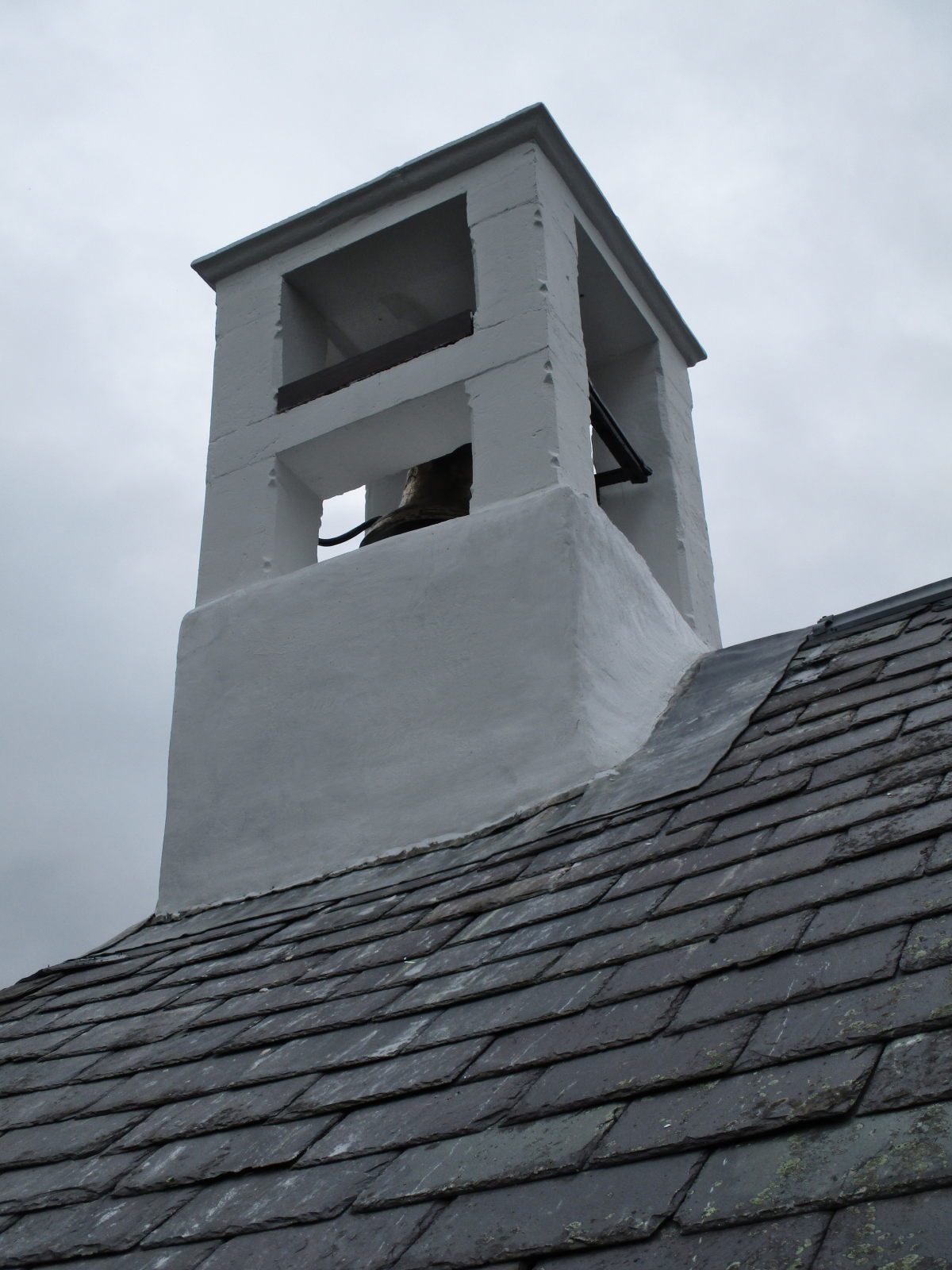 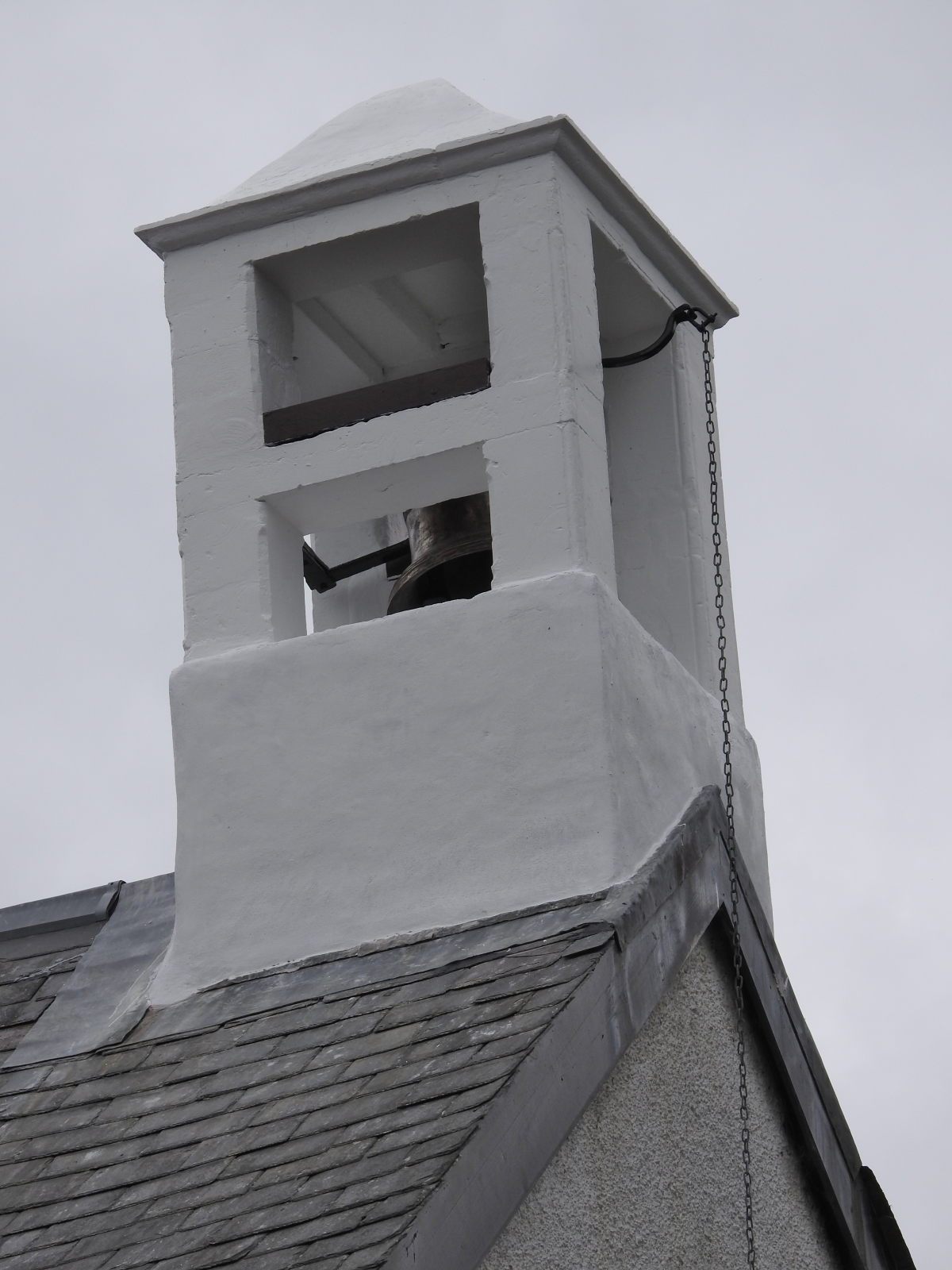