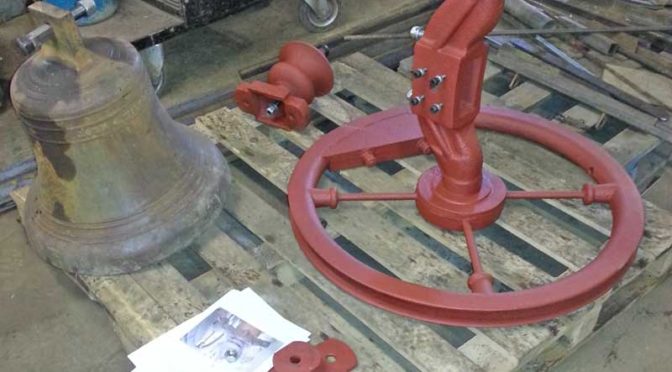 We were called to look at the belfry at Balquhidder Parish Church in the southern Highlands when an eagle eyed member of the Church noticed the danger presented by the bell. She suspected it could fall off sooner or later and asked that the Church members refrain from ringing it. After we inspected it we saw that she was right to be concerned, and we were given the job to fix it.

The bell mechanism when we first saw it. 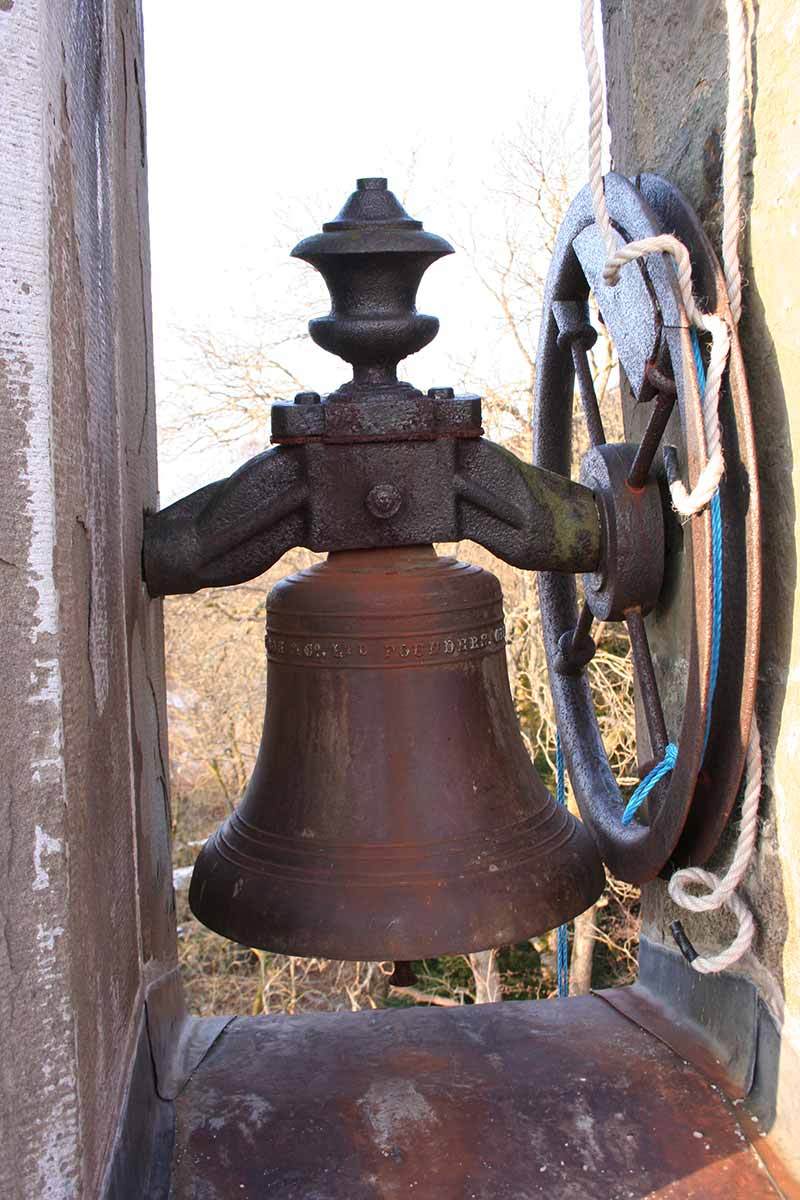 The source of the problem was that the bell was extremely loosely attached in it’s housing – there was almost no contact apart from the suspension bolt and this meant that when it was being rung it whacked violently off both sides of the housing, which was putting a huge amount of stress on the retaining bolt and could have led to the bolt shearing (snapping) which would have caused the bell to fall to the ground and probably directly on the head of the ringer.

People had made attempts to tighten it up in the past using various methods and they had failed. To do do it right it had to come down and go to the blacksmith for proper repairs and alterations to be made. There were also cracks in the bell wheel which required to be welded.

The bell rope was also extremely inadequate and needed replaced. 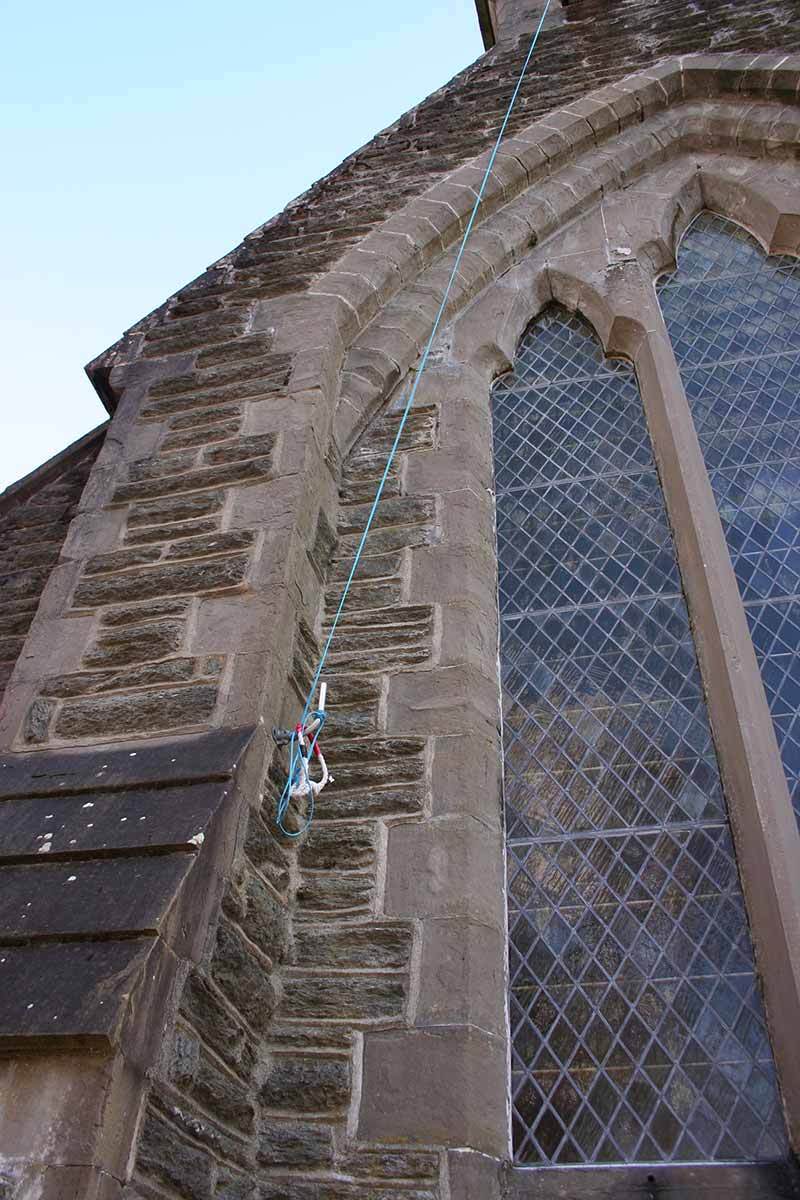 The bell mechanism lowered to the ground ready for transport to our blacksmith. 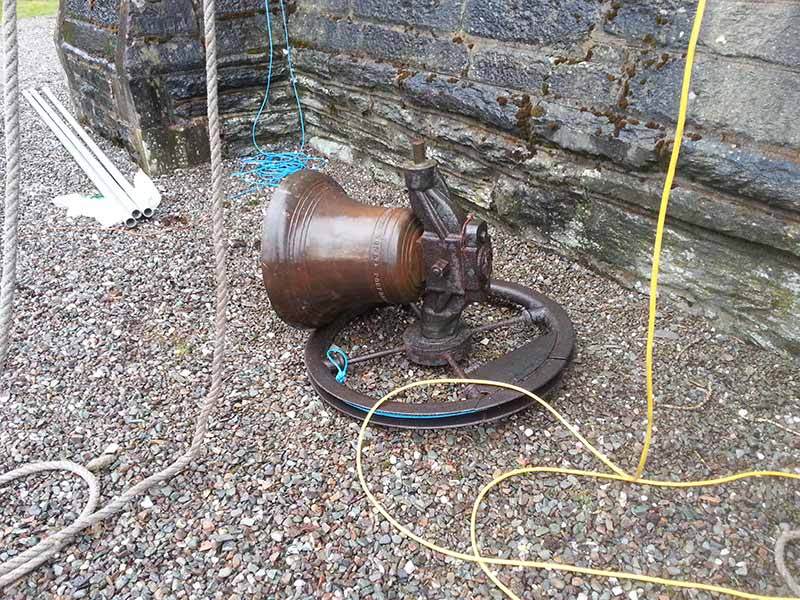 All the pieces of the bell mechanism in the blacksmith’s shop when we went to collect it. 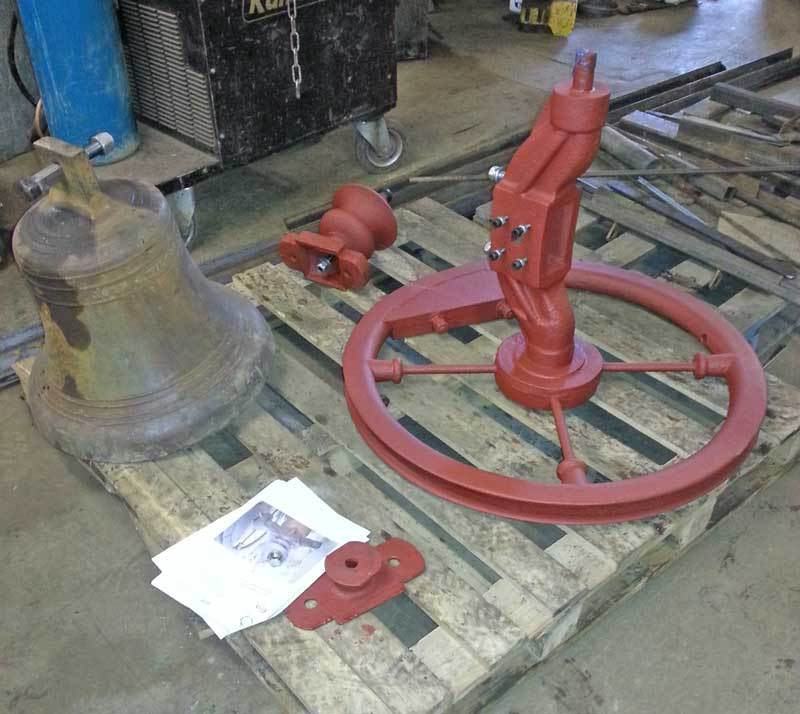 Hoisting the bell axle and wheel back up. 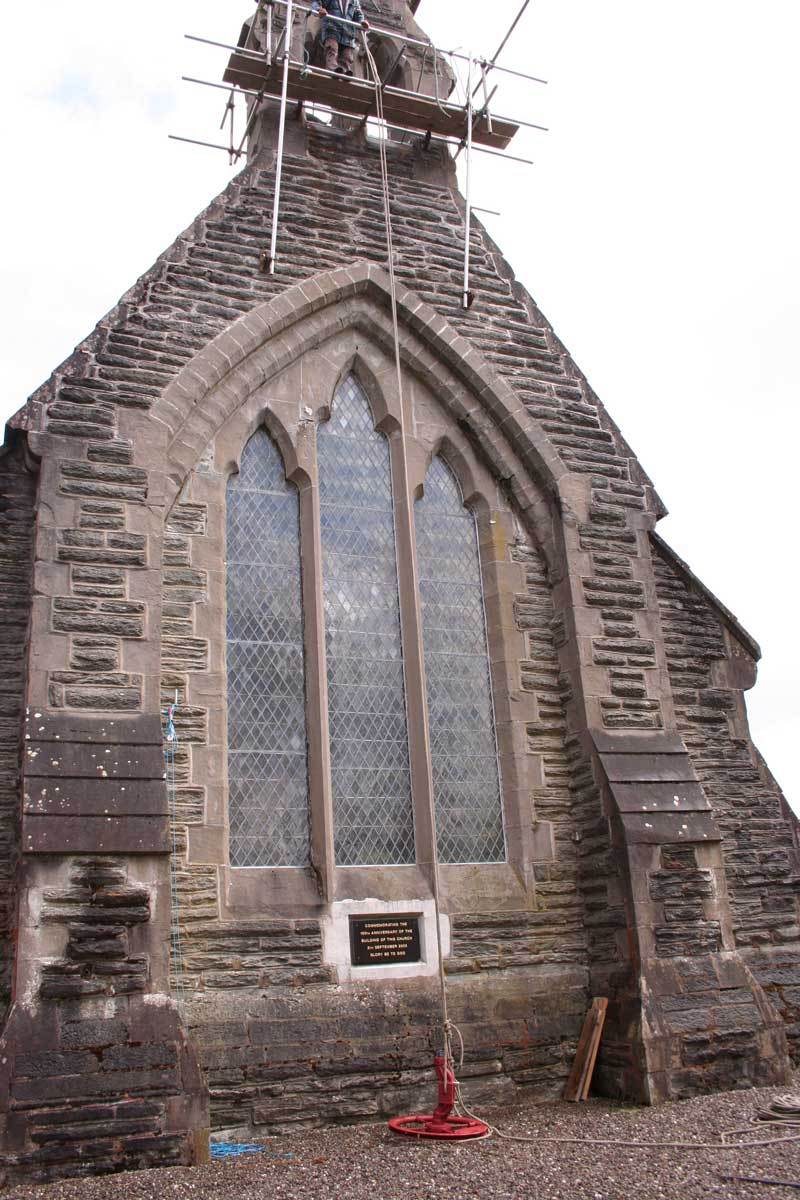 Buffing the bell back to a nice shine. 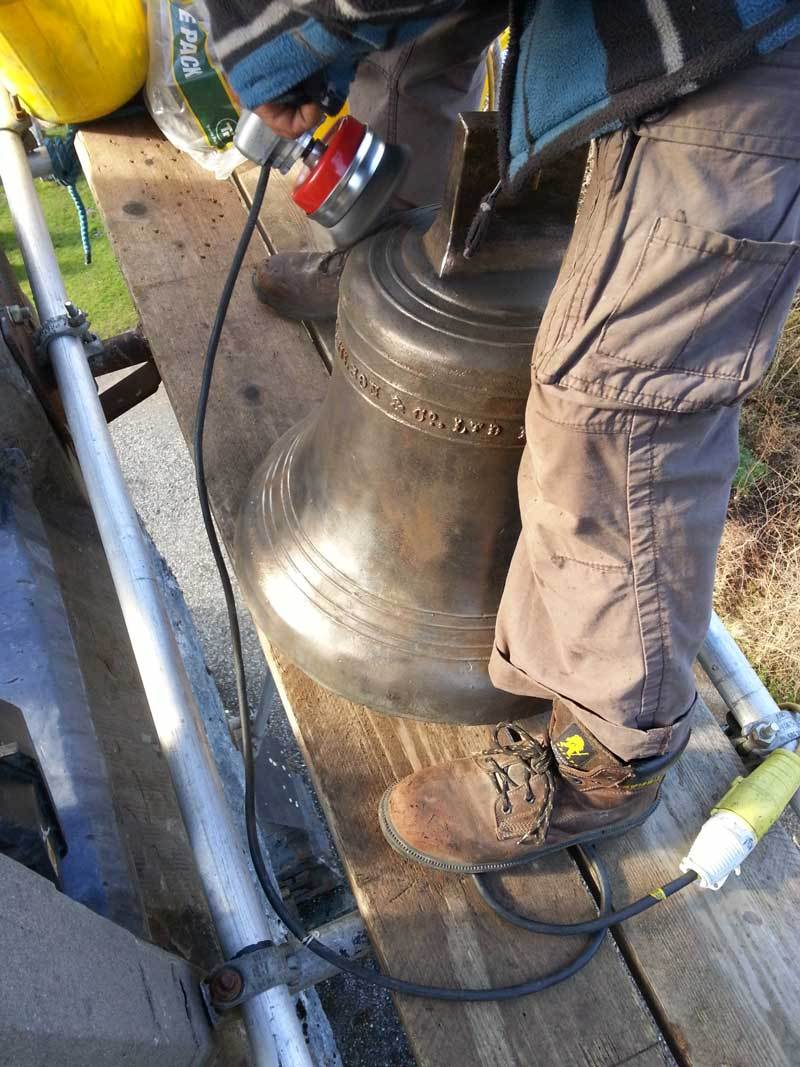 We cleaned out the bushes and greased them heavily before remounting them. 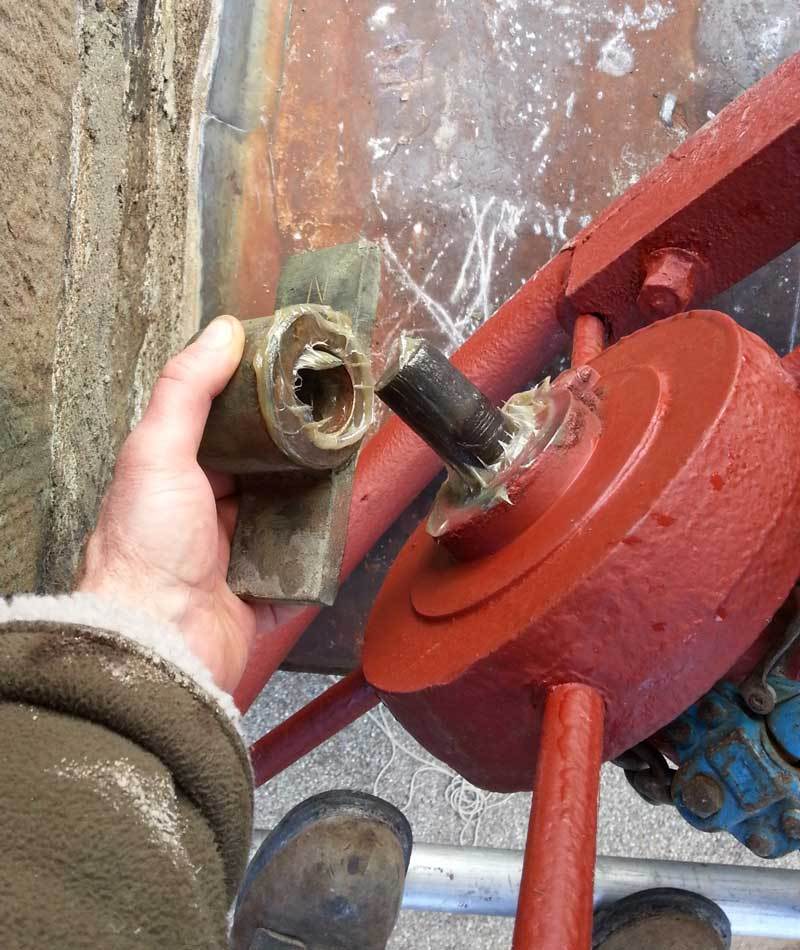 We also buffed the inside of the bell (although not to as high a shine as the exterior – just a clean up) and painted the clapper with red oxide primer and 2 coats of exterior black gloss. The striker part of the clapper was left unpainted on purpose. 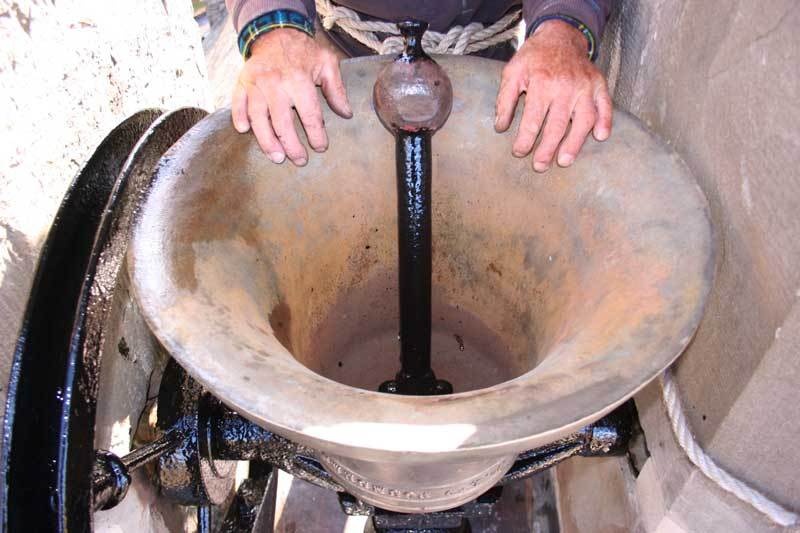 A view of the finished contract. You can see the new and heavy duty bell rope we have fitted here. 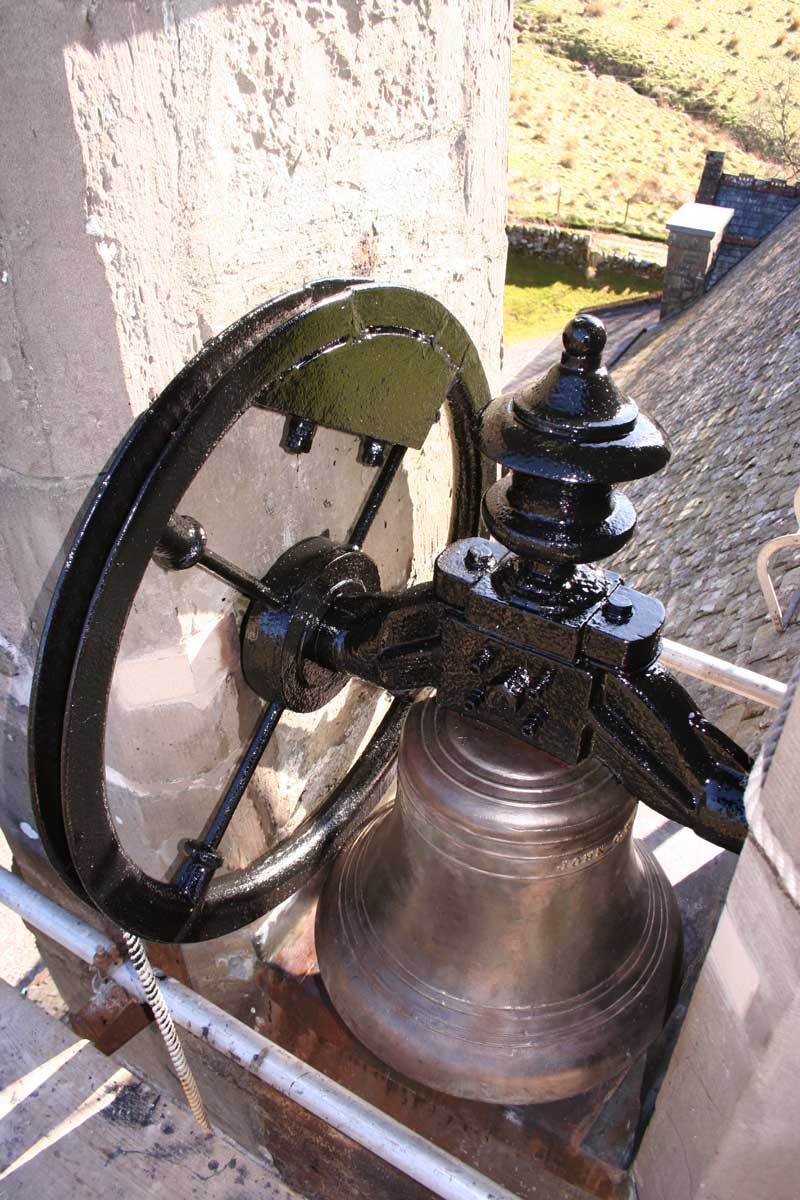 This video shows the bell being test rung at the end of the contract.

And although it has nothing to do with the actual work done, here’s a view from the Belfry down to Rob Roy’s grave. It was an unusually nice place to work. 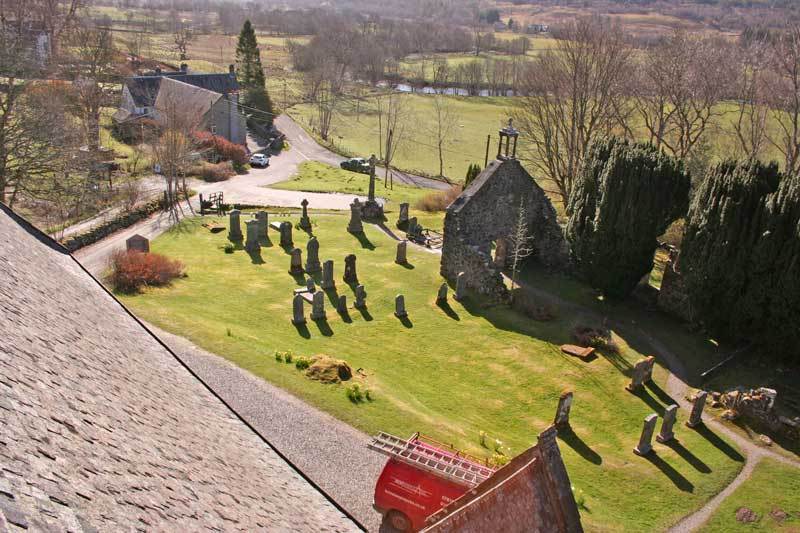